Infinite Construction - STEAM
"Government of Wales" redirects here. For an overview of the political system of Wales, see Politics of Wales.
Executive of the Welsh Parliament

The Welsh Government (Welsh: Llywodraeth Cymru) is the devolved executive of Wales. The government consists of ministers, who attend cabinet meetings, and deputy ministers who do not, and also of a counsel general. It is led by the First Minister, usually the leader of the largest party in the Senedd (Welsh Parliament), who selects ministers and deputy ministers with the approval of the Senedd. The government is responsible for tabling policy in devolved areas (such as health, education, economic development, transport and local government) for consideration by the Senedd and implementing policy that has been approved by it.[1][2]

The current Welsh Government is a Labour-led administration, following the 2016 National Assembly for Wales election. Mark Drakeford has been the First Minister of Wales since December 2018.

Prior to devolution in 1999 many executive functions for Wales were carried out by the Secretary of State for Wales and the Welsh Office. The Welsh Office was a department in the Government of the United Kingdom with responsibilities for Wales. It was established in April 1965 to execute government policy in Wales, and was headed by the Secretary of State for Wales, a post which had been created in October 1964. The post however had no Welsh electoral mandate, and over the ensuing years there were complaints of a "democratic deficit". For eleven years prior to 1997 Wales had been represented in the Cabinet of the United Kingdom by a Secretary of State who did not represent a Welsh constituency at Westminster. These factors led to growing calls for political devolution. The Welsh Office was disbanded on 1 July 1999 when most of its powers were transferred to the National Assembly for Wales.

Executive Committee of the National Assembly for Wales 1999 to 2007

The National Assembly was created by the Government of Wales Act 1998, which followed a referendum in 1997. As initially established, the Welsh Government had no independent executive powers in law (unlike, for instance, the Scottish ministers and British government ministers). The National Assembly was established as a body corporate by the Government of Wales Act 1998 and the executive, as a committee of the assembly, only had those powers that the assembly as a whole voted to delegate to ministers.

Separation was designed to clarify the respective roles of the assembly and the government. Under the structures established by the Government of Wales Act 2006, the role of Welsh ministers is to make decisions; develop and implement policy; exercise executive functions and make statutory instruments. The remainder of the 60 assembly members in the National Assembly scrutinise the government's decisions and policies; hold ministers to account; approve budgets for the Welsh Government's programmes; and enact acts of assembly on subjects that have been devolved to the Welsh administration.

After the 2007 election of the National Assembly for Wales

The new arrangements provided for in the Government of Wales Act 2006 created a formal legal separation between the National Assembly for Wales, comprising 60 assembly members, and the Welsh Assembly Government, comprising the First Minister, Welsh ministers, deputy ministers and the counsel general. This separation between the two bodies took effect on the appointment of the First Minister by Queen Elizabeth II following the assembly election on 3 May 2007.

Separation was meant to clarify the respective roles of the assembly and the government. The role of the government is to make decisions; develop and implement policy; exercise executive functions and make statutory instruments. The 60 assembly members in the National Assembly scrutinise the Welsh Government's decisions and policies; hold ministers to account; approve budgets for the Welsh Government's programmes; and have the power to enact assembly measures on certain matters. Assembly measures can now go further than the subordinate legislation which the assembly had the power to make prior to 2007.

The assembly's functions, including that of making subordinate legislation, in the main, transferred to the Welsh ministers upon separation. A third body was also established under the 2006 Act from May 2007, called the National Assembly for Wales Commission. It employs the staff supporting the new National Assembly for Wales, and holds property, enters into contracts and provides support services on its behalf.

Functions and areas of competence

The Welsh Assembly Government was renamed Welsh Government (Llywodraeth Cymru) in practice in 2011, and in law by the Wales Act 2014.[3] [4]

The government is composed of ministers and deputy ministers. The counsel general is also a member of the Cabinet. The current government is formed by Welsh Labour, the sole Liberal Democrats MS, Kirsty Williams and Independent MS Dafydd Elis-Thomas. 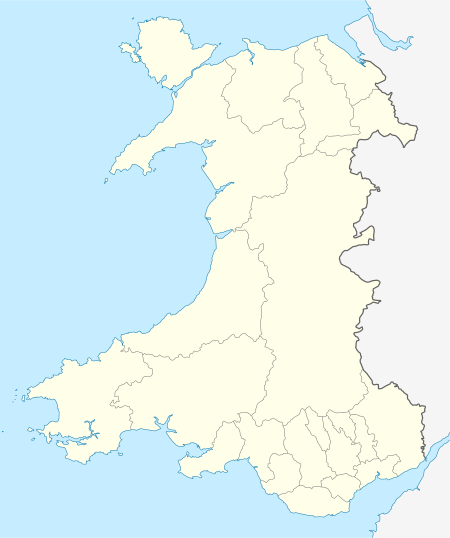 The Welsh Government also includes a civil service that supports the Welsh ministers. As of March 2018, there are 5,015 full-time equivalent civil servants working across Wales.[6] The civil service is a matter reserved to the British parliament at Westminster: Welsh Government civil servants work within the rules and customs of Her Majesty's Civil Service, but serve the devolved administration rather than the British government.[7]

The permanent secretary heads the civil service of the Welsh Government and chairs the Strategic Delivery and Performance Board.

The Welsh Government Board translates the strategic direction set by the Welsh cabinet and its committees into work that is joined up across Welsh Government departments and makes the best use of its resources. The board is made up of four directors general, four directors and 4 non-executive directors, and is chaired by the permanent secretary.

WGSBs are staffed by public servants rather than civil servants.

The Welsh Government is also responsible for some public bodies that are not classed as WGSBs, such as NHS Wales, and the Welsh Offices of England and Wales legal offices.

The Welsh Government has a total of 18 core and operational offices across Wales. It also has an office based in Westminster. Additionally, it has 7 specialist properties across Wales, which include stores, traffic management centres and the pavilion at the Royal Welsh Showground.

Historically, most Welsh Office staff were based in Cardiff, especially in Cathays Park. However, in 2002, the Fullerton Review concluded that "the Assembly could no longer sustain having the majority of its operational functions located in and around Cardiff".[12] Since 2004, Welsh Government civil servants have been relocated across Wales as part of the Location Strategy, which involved the creation of new offices at Merthyr Tydfil, Aberystwyth and Llandudno Junction.[13] In 2006, the mergers of ELWa, the Wales Tourist Board and the Welsh Development Agency into the Welsh Government brought these agencies' offices into the Welsh Government estate.

The office of the First Minister is in Tŷ Hywel in Cardiff Bay; an office is also kept at the Welsh Government building in Cathays Park where the majority of Cardiff-based Welsh Government civil servants are located.

Wales receives a budget allocation from the UK Government[14] determined by the Barnett Formula, which makes up roughly 80% of the Welsh budget. The remaining 20% comes from devolved taxes such as Non-domestic rates, Land Transaction Tax, Landfill Disposal Tax and the Welsh rates of Income Tax. These taxes are collected and managed by the Welsh Revenue Authority except for income tax which is collected by Her Majesty’s Revenue and Customs and then distributed to the Welsh Government.

The Welsh Government sets out its spending and financing plans for the forthcoming financial year in the autumn.

The Senedd scrutinises the budget and associated taxation and spending plans.