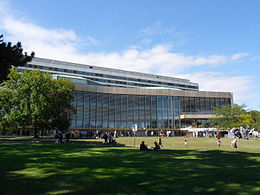 The United Nations Conference on Trade and Development (UNCTAD) was established in 1964 as a permanent intergovernmental body.

UNCTAD is the part of the United Nations Secretariat dealing with trade, investment, and development issues. The organization's goals are to: "maximize the trade, investment and development opportunities of developing countries and assist them in their efforts to integrate into the world economy on an equitable basis". UNCTAD was established by the United Nations General Assembly in 1964 and it reports to the UN General Assembly and United Nations Economic and Social Council.[1]

The primary objective of UNCTAD is to formulate policies relating to all aspects of development including trade, aid, transport, finance and technology. The conference ordinarily meets once in four years; the permanent secretariat is in Geneva.

The creation of UNCTAD in 1964 was based on concerns of developing countries over the international market, multi-national corporations, and great disparity between developed nations and developing nations. The United Nations Conference on Trade and Development was established to provide a forum where the developing countries could discuss the problems relating to their economic development. The organisation grew from the view that existing institutions like GATT (now replaced by the World Trade Organization, WTO), the International Monetary Fund (IMF), and World Bank were not properly organized to handle the particular problems of developing countries. Later, in the 1970s and 1980s, UNCTAD was closely associated with the idea of a New International Economic Order (NIEO).

Currently, UNCTAD has 195 member states and is headquartered in Geneva, Switzerland. UNCTAD has 400 staff members and a bi-annual (2010–2011) regular budget of $138 million in core expenditures and $72 million in extra-budgetary technical assistance funds. It is a member of the United Nations Development Group.[2] There are non-governmental organizations participating in the activities of UNCTAD.[3]

The lists, originally defined in 19th General Assembly resolution 1995[5] serve to balance geographical distribution of member states' representation on the Trade Development Board and other UNCTAD structures. The lists are similar to those of UNIDO, an UN specialized agency.

the most recent member are the Palestinians[6]

The full lists are as follows:

Other states that do not participate are Cook Islands, Niue, and the states with limited recognition.

The inter-governmental work is done at five levels of meetings:

In response to developing country (Least Developed Country, LDC) anxiety at their worsening position in world trade, the United Nations General Assembly voted for a 'one off' conference. These early discussions paved the way for new IMF facilities to provide finance for shortfalls in commodity earnings and for the Generalised Preference Schemes which increased access to Northern markets for manufactured imports from the South. At Geneva, the LDCs were successful in their proposal for the conference with its secretariat to become a permanent organ of the UN, with meetings every four years.[12] At the Geneva meeting, Raul Prebisch—a prominent Argentinian economist from the United Nations Economic Commission on Latin America and the Caribbean (ECLA)--became the organization's first secretary-general.[13]

The New Delhi Conference, held in February and March 1968, was a forum that allowed developing countries to reach agreement on basic principles of their development policies. The conference in New Delhi was an opportunity for schemes to be finally approved. The conference provided a major impetus in persuading the North to follow up UNCTAD I resolutions, in establishing generalised preferences. The target for private and official flows to LDCs was raised to 1% of the North's GNP, but the developed countries failed to commit themselves to achieving the target by a specific date. This has proven a continuing point of debate at UNCTAD conferences.

The conference led to the International Sugar Agreement, which seeks to stabilize world sugar prices.[12][14]

The Santiago Conference, 15 April 1972, was the third occasion on which the developing countries have confronted the rich with the need to use trade and aid measures more effectively to improve living standards in the developing world. Discussion centred on the international monetary system and specifically on the South's proposal that a higher proportion of new special drawing rights (SDRs) should be allocated to LDCs as a form of aid (the so-called 'link'). In Santiago, substantial disagreements arose within the Group of 77 (G77) despite preconference meetings. There was disagreement over the SDR proposal and between those in the G77 who wanted fundamental changes such as a change in the voting allocations in the South's favour at the IMF and those (mainly the Latin American countries) who wanted much milder reforms. This internal dissent seriously weakened the group's negotiating position and led to a final agreed motion which recommended that the IMF should examine the link and that further research be conducted into general reforms. This avoided firm commitments to act on the 'link' or general reform, and the motion was passed by conference.[12][15]

UNCTAD IV held in Nairobi May 1976, showed relative success compared to its predecessors. An Overseas Development Institute briefing paper of April 1979 highlights one reason for success as being down to the 1973 Oil Crisis and the encouragement of LDCs to make gains through producers of other commodities. The principal result of the conference was the adoption of the Integrated Programme for Commodities. The programme covered the principal commodity exports and its objectives aside from the stabilisation of commodity prices were: 'Just and remunerative pricing, taking into account world inflation', the expansion of processing, distribution and control of technology by LDCs and improved access to markets.[16][17]

UNCTAD V in the wake of the Nairobi Conference, held in Manila 1979 focused on the key issues of: protectionism in developing countries and the need for structural change, trade in commodities and manufactures aid and international monetary reform, technology, shipping, and economic co-operation among developing countries. An Overseas Development Institute briefing paper written in 1979 focuses its attention on the key issues regarding the LDCs` role as the Group of 77 in the international community.[18]

The sixth UN conference on trade and development in Belgrade, 6–30 June 1983 was held against the background of earlier UNCTADs which have substantially failed to resolve many of the disagreements between the developed and developing countries and of a world economy in its worst recession since the early 1930s. The key issues of the time were finance and adjustment, commodity price stabilisation and trade.[12]

UNCTAD produces a number of topical reports, including:

UNCTAD hosts the Intergovernmental Working Group of Experts on International Standards of Accounting and Reporting (ISAR).[27]