In government, unicameralism (Latin uni, one + camera, chamber) is the practice of having a single legislative or parliamentary chamber. Thus, a unicameral parliament or unicameral legislature is a legislature which consists of one chamber or house.

Unicameral legislatures exist when there is no widely perceived need for multicameralism. Many multicameral legislatures were created to give separate voices to different sectors of society. Multiple chambers allowed for guaranteed representation of different social classes (as in the Parliament of the United Kingdom or the French States-General), ethnic or regional interests, or subunits of a federation. Where these factors are unimportant, in unitary states with limited regional autonomy, unicameralism often prevails. Sometimes, as in New Zealand and Denmark, this comes about through the abolition of one of the two chambers, or, as in Sweden, through the merger of the two chambers into a single one, while in others a second chamber has never existed.

The principal advantage of a unicameral system is more efficient lawmaking, as the legislative process is simpler and there is no possibility of deadlock. Proponents of unicameralism have also argued that it reduces costs, even if the number of legislators stay the same, since there are fewer institutions to maintain and support it. However bicameral legislatures offer the opportunity to debate and correct errors in either chamber in parallel, and in some cases to introduce legislation in either chamber. Bicameral legislatures often make provision for experts to participate in lawmaking without being professional politicians.

The main weakness of a unicameral system can be seen as the lack of restraint on the majority, particularly noticeable in parliamentary systems where the leaders of the parliamentary majority also dominate the executive. There is also the risk that important sectors of society may not be adequately represented. 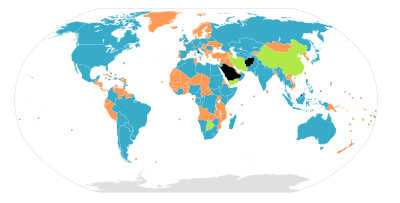 Approximately half of the world's sovereign states are currently unicameral. The People's Republic of China is somewhat in between, with a legislature and a formal advisory body. China has a Chinese People's Political Consultative Conference which meets alongside the National People's Congress, in many respects an advisory "upper house", so it is in reality neither bicameral nor fully unicameral.

Many subnational entities have unicameral legislatures. These include the state of Nebraska and territories of Guam and the Virgin Islands in the United States, the Chinese special administrative regions of Hong Kong and Macau, the Australian state of Queensland as well as the Northern Territory and the Australian Capital Territory, a majority of the provinces of Argentina, all of the provinces and territories in Canada, all of the German states, all of the regions of Italy, all of the Spanish autonomous communities, both the autonomous regions of Portugal, most of the states and union territories of India and all of the states of Brazil. In the United Kingdom, the devolved Scottish Parliament, the Senedd, the Northern Ireland Assembly and the London Assembly are also unicameral.

Unicameralism in the United States

Within U.S. states, Nebraska is currently the only state with a unicameral legislature; after a statewide vote, it changed from bicameral to unicameral in 1937.[1][2] A 2018 study found that efforts to adopt unicameralism in Ohio and Missouri failed due to rural opposition.[2] There was a fear in rural communities that unicameralism would diminish their influence in state government.[2]

Local government legislatures of counties, cities, or other political subdivisions within states are usually unicameral and have limited lawmaking powers compared to their state and federal counterparts.

Some of the 13 colonies which became independent, such has Pennsylvania, New Jersey and New Hampshire had initially introduced strong unicameral legislature and (relatively) less powerful governors with no veto power. Pennsylvania's constitution lasted only 14 years. In 1790, conservatives gained power in the state legislature, called a new constitutional convention, and rewrote the constitution. The new constitution substantially reduced universal male suffrage, gave the governor veto power and patronage appointment authority, and added an upper house with substantial wealth qualifications to the unicameral legislature. Thomas Paine called it a constitution unworthy of America.

In 1999, Governor Jesse Ventura proposed converting the Minnesota Legislature into a single chamber.[3] Although debated, the idea was never adopted.

Seven U.S. states, Arizona, Idaho, Maryland, New Jersey, North Dakota, South Dakota, and Washington, effectively have two-house unicamerals. In these states, districts in the upper house and the lower house are combined into a single constituency, a practice known as nesting.

The U.S. territory of Puerto Rico held a non-binding referendum in 2005. Voters approved changing its Legislative Assembly to a unicameral body by 456,267 votes in favor (83.7%) versus 88,720 against (16.3%).[4] If both the territory's House of Representatives and Senate had approved by a ​2⁄3 vote the specific amendments to the Puerto Rico Constitution that are required for the change to a unicameral legislature, another referendum would have been held in the territory to approve such amendments. If those constitutional changes had been approved, Puerto Rico could have switched to a unicameral legislature as early as 2015.

On June 9, 2009, the Maine House of Representatives voted to form a unicameral legislature, but the measure did not pass the Senate.[5]

Because of legislative gridlock in 2009, former Congressman Rick Lazio, a prospective candidate for governor, has proposed that New York adopt unicameralism.[6]

Unicameralism in the Philippines

Though the current Congress of the Philippines is bicameral, the country experienced unicameralism in 1898 and 1899 (during the First Philippine Republic), from 1935 to 1941 ( the Commonwealth era) and from 1943 to 1944 (during the Japanese occupation). Under the 1973 Constitution, the legislative body was called Batasang Pambansa, which functioned also a unicameral legislature within a semi-presidential system form of government until 1986.

The ongoing process of amending or revising the current Constitution and form of government is popularly known as Charter Change. A shift to a unicameral parliament was included in the proposals of the constitutional commission created by former President Gloria Macapagal-Arroyo.[8] Unlike in the United States, senators in the Senate of the Philippines are elected not per district and state but nationally; the Philippines is a unitary state.[9] The Philippine government's decision-making process, relative to the United States, is more rigid, highly centralised, much slower and susceptible to political gridlock. As a result, the trend for unicameralism as well as other political system reforms are more contentious in the Philippines.[10]