listen)), formerly known in English as Treves (/trɛv/ TREV;[4][5] French: Trèves [tʁɛv] Latin: Treverorum) and Triers (see also names in other languages), is a city on the banks of the Moselle in Germany. It lies in a valley between low vine-covered hills of red sandstone in the west of the state of Rhineland-Palatinate, near the border with Luxembourg and within the important Moselle wine region.

Founded by the Celts in the late 4th century BC as Treuorum and conquered 300 years later by the Romans, who renamed it Augusta Treverorum ("The City of Augustus among the Treveri"), Trier is considered Germany's oldest city.[6][7] It is also the oldest seat of a bishop north of the Alps. In the Middle Ages, the archbishop-elector of Trier was an important prince of the Church who controlled land from the French border to the Rhine. The archbishop-elector of Trier also had great significance as one of the seven electors of the Holy Roman Empire.

With an approximate population of 105,000, Trier is the fourth-largest city in its state, after Mainz, Ludwigshafen, and Koblenz.[8] The nearest major cities are Luxembourg (50 km or 31 mi to the southwest), Saarbrücken (80 kilometres or 50 miles southeast), and Koblenz (100 km or 62 mi northeast).

The University of Trier, the administration of the Trier-Saarburg district and the seat of the ADD (Aufsichts- und Dienstleistungsdirektion), which until 1999 was the borough authority of Trier, and the Academy of European Law (ERA) are all based in Trier. It is one of the five "central places" of the state of Rhineland-Palatinate. Along with Luxembourg, Metz and Saarbrücken, fellow constituent members of the QuattroPole union of cities, it is central to the greater region encompassing Saar-Lor-Lux (Saarland, Lorraine and Luxembourg), Rhineland-Palatinate, and Wallonia.

The first traces of human settlement in the area of the city show evidence of linear pottery settlements dating from the early Neolithic period. Since the last pre-Christian centuries, members of the Celtic tribe of the Treveri settled in the area of today's Trier.[9] The city of Trier derives its name from the later Latin locative in Trēverīs for earlier Augusta Treverorum. 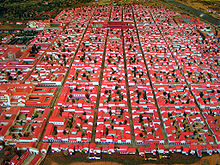 Augusta Treverorum in the 4th century

The historical record describes the Roman Empire subduing the Treveri in the 1st century BC and establishing Augusta Treverorum about 16 BC.[10] The name distinguished it from the empire's many other cities honoring the first emperor Augustus. The city later became the capital of the province of Belgic Gaul; after the Diocletian Reforms, it became the capital of the prefecture of the Gauls, overseeing much of the Western Roman Empire. In the 4th century, Trier was one of the largest cities in the Roman Empire with a population around 75,000 and perhaps as much as 100,000.[11][12][13][14] The Porta Nigra ("Black Gate") dates from this era. A residence of the Western Roman Emperor, Roman Trier was the birthplace of Saint Ambrose. Sometime between 395 and 418, probably in 407 the Roman administration moved the staff of the Praetorian Prefecture from Trier to Arles. The city continued to be inhabited but was not as prosperous as before. However, it remained the seat of a governor and had state factories for the production of ballistae and armor and woolen uniforms for the troops, clothing for the civil service, and high-quality garments for the Court. Northern Gaul was held by the Romans along a line from north of Cologne to the coast at Boulogne through what is today southern Belgium until 460. South of this line, Roman control was firm, as evidenced by the continuing operation of the imperial arms factory at Amiens. 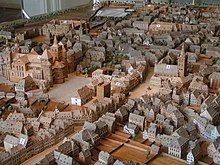 Scale Model of Trier around 1800 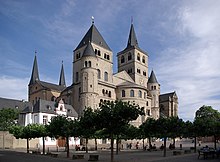 The Franks seized Trier from Roman administration in 459. In 870, it became part of Eastern Francia, which developed into the Holy Roman Empire. Relics of Saint Matthias brought to the city initiated widespread pilgrimages. The bishops of the city grew increasingly powerful and the Archbishopric of Trier was recognized as an electorate of the empire, one of the most powerful states of Germany. The University of Trier was founded in the city in 1473. In the 17th century, the Archbishops and Prince-Electors of Trier relocated their residences to Philippsburg Castle in Ehrenbreitstein, near Koblenz. A session of the Reichstag was held in Trier in 1512, during which the demarcation of the Imperial Circles was definitively established.

In the years from 1581 to 1593, the Trier witch trials were held, perhaps the largest witch trial in European history. It was certainly one of the four largest witch trials in Germany alongside the Fulda witch trials, the Würzburg witch trial, and the Bamberg witch trials. The persecutions started in the diocese of Trier in 1581 and reached the city itself in 1587, where it was to lead to the death of about 368 people, and was as such perhaps the biggest mass execution in Europe in peacetime. This counts only those executed within the city itself, and the real number of executions, counting also those executed in all the witch hunts within the diocese as a whole, was therefore even larger. The exact number of people executed has never been established; a total of 1,000 has been suggested but not confirmed.

In the 17th and 18th centuries, Trier was sought after by France, who invaded during the Thirty Years' War, the War of the Grand Alliance, the War of the Spanish Succession, and the War of the Polish Succession. France succeeded in finally claiming Trier in 1794 during the French Revolutionary Wars, and the electoral archbishopric was dissolved. After the Napoleonic Wars ended in 1815, Trier passed to the Kingdom of Prussia. The German philosopher and one of the founders of Marxism, Karl Marx was born in the city in 1818.

As part of the Prussian Rhineland, Trier developed economically during the 19th century. The city rose in revolt during the revolutions of 1848 in the German states, although the rebels were forced to concede. It became part of the German Empire in 1871.

In June 1940 over 60,000 British prisoners of war, captured at Dunkirk and Northern France, were marched to Trier, which became a staging post for British soldiers headed for German prisoner-of-war camps. Trier was heavily bombed and bombarded in 1944 during World War II. The city became part of the new state of Rhineland-Palatinate after the war. The university, dissolved in 1797, was restarted in the 1970s, while the Cathedral of Trier was reopened in 1974. Trier officially celebrated its 2,000th anniversary in 1984.

View of the city from St. Mary's Column (Mariensäule).

Trier from the east (Petrisberg).

Trier sits in a hollow midway along the Moselle valley, with the most significant portion of the city on the east bank of the river. Wooded and vineyard-covered slopes stretch up to the Hunsrück plateau in the south and the Eifel in the north. The border with the Grand Duchy of Luxembourg is some 15 km (9 mi) away.

Listed in clockwise order, beginning with the northernmost; all municipalities belong to the Trier-Saarburg district 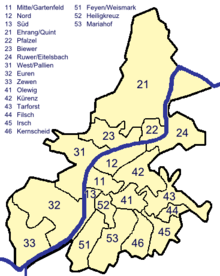 The Trier urban area is divided into 19 city districts. For each district there is an Ortsbeirat (local council) of between 9 and 15 members, as well as an Ortsvorsteher (local representative). The local councils are charged with hearing the important issues that affect the district, although the final decision on any issue rests with the city council. The local councils nevertheless have the freedom to undertake limited measures within the bounds of their districts and their budgets.

The districts of Trier with area and inhabitants (December 31, 2009):

Trier has an oceanic climate (Köppen: Cfb), but with greater extremes than the marine versions of northern Germany. Summers are warm except in unusual heat waves and winters are recurrently cold, but not harsh. Precipitation is high despite not being on the coast.[16] As a result of the European heat wave in 2003, the highest temperature recorded was 39 °C on 8 August of that year. The lowest recorded temperature was −19.3 °C on February 2, 1956.[17]

Trier is known for its well-preserved Roman and medieval buildings, which include:

Trier is home to the University of Trier, founded in 1473, closed in 1796 and restarted in 1970. The city also has the Trier University of Applied Sciences. The Academy of European Law (ERA) was established in 1992 and provides training in European law to legal practitioners. In 2010 there were about 40 Kindergärten,[19] 25 primary schools and 23 secondary schools in Trier, such as the Humboldt Gymnasium Trier, Max Planck Gymnasium, Auguste Viktoria Gymnasium and the Nelson-Mandela Realschule Plus, Kurfürst-Balduin Realschule Plus, Realschule Plus Ehrang.[20] 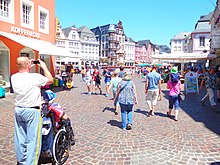 Trier station has direct railway connections to many cities in the region. The nearest cities by train are Cologne, Saarbrücken and Luxembourg. Via the motorways A 1, A 48 and A 64 Trier is linked with Koblenz, Saarbrücken and Luxembourg. The nearest commercial (international) airports are in Luxembourg (0:40 h by car), Frankfurt-Hahn (1:00 h), Saarbrücken (1:00 h), Frankfurt (2:00 h) and Cologne/Bonn (2:00 h). The Moselle is an important waterway and is also used for river cruises. A new passenger railway service on the western side of the Mosel is scheduled to open in December 2018.[21] 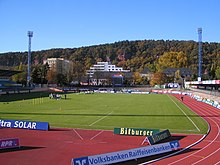 Major sports clubs in Trier include: 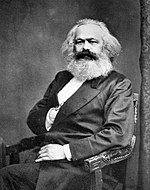 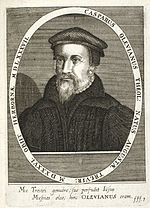 Trier is a fellow member of the QuattroPole union of cities, along with Luxembourg, Saarbrücken, and Metz (neighbouring countries: Luxembourg and France).

Trier is twinned with: