The Convention respecting fisheries, boundary and the restoration of slaves between the United States and the United Kingdom, also known as the London Convention, Anglo-American Convention of 1818, Convention of 1818, or simply the Treaty of 1818, is an international treaty signed in 1818 between the above parties. This treaty resolved standing boundary issues between the two nations. The treaty allowed for joint occupation and settlement of the Oregon Country, known to the British and in Canadian history as the Columbia District of the Hudson's Bay Company, and including the southern portion of its sister district New Caledonia.

The two nations agreed to a boundary line involving the 49th parallel north, in part because a straight-line boundary would be easier to survey than the pre-existing boundaries based on watersheds. The treaty marked both the United Kingdom's last permanent major loss of territory in what is now the Continental United States and the United States' only permanent significant cession of North American territory to a foreign power. The British ceded all of Rupert's Land south of the 49th parallel and east of the Continental Divide, including all of the Red River Colony south of that latitude, while the United States ceded the northernmost edge of the Missouri Territory north of the 49th parallel. 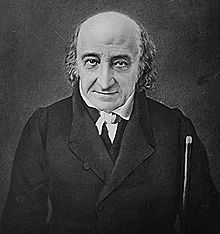 The treaty was negotiated for the U.S. by Albert Gallatin, ambassador to France, and Richard Rush, minister to the UK; and for the UK by Frederick John Robinson, Treasurer of the Royal Navy and member of the privy council, and Henry Goulburn, an undersecretary of state.[4] The treaty was signed on October 20, 1818. Ratifications were exchanged on January 30, 1819.[1] The Convention of 1818, along with the Rush–Bagot Treaty of 1817, marked the beginning of improved relations between the British Empire and its former colonies, and paved the way for more positive relations between the U.S. and Canada, notwithstanding that repelling U.S. invasion was a defense priority in Canada until 1928.[6]

Despite the relatively friendly nature of the agreement, it nevertheless resulted in a fierce struggle for control of the Oregon Country in the following two decades. The British-chartered Hudson's Bay Company, having previously established a trading network centered on Fort Vancouver on the lower Columbia River, with other forts in what is now eastern Washington and Idaho as well as on the Oregon Coast and in Puget Sound, undertook a harsh campaign to restrict encroachment by U.S. fur traders to the area. By the 1830s, with pressure in the U.S. mounting to annex the region outright, the company undertook a deliberate policy to exterminate all fur-bearing animals from the Oregon Country, in order to both maximize its remaining profit and to delay the arrival of U.S. mountain men and settlers. The policy of discouraging settlement was undercut to some degree by the actions of John McLoughlin, Chief Factor of the Hudson's Bay Company at Fort Vancouver, who regularly provided relief and welcome to U.S. immigrants who had arrived at the post over the Oregon Trail.[citation needed]

By the middle 1840s, the tide of U.S. immigration, as well as a U.S. political movement to claim the entire territory, led to a renegotiation of the agreement. The Oregon Treaty in 1846 permanently established the 49th parallel as the boundary between the United States and British North America to the Pacific Ocean.[citation needed]