Discourse on the Method The Prince Two Treatises of Government
This article is about the literary form. For the musical composition by Cornelius Cardew, see Treatise (music).
Formal and systematic written discourse on some subject 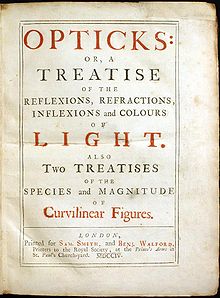 A treatise is a formal and systematic written discourse on some subject, generally longer and treating it in greater depth than an essay, and more concerned with investigating or exposing the principles of the subject and its conclusions.[1] A monograph is a treatise on a specialized topic.[2]

The word 'treatise' first appeared in the fourteenth century as the Medieval English word tretis, which evolved from the Medieval Latin tractatus and the Latin tractare, meaning to treat or to handle.[1]

The works presented here have been identified as influential by scholars on the development of human civilization.

Euclid's Elements has appeared in more editions than any other books except the Bible and is one of the most important mathematical treatises ever. It has been translated to numerous languages and remains continuously in print since the beginning of printing. Before the invention of the printing press, it was manually copied and widely circulated. When scholars recognized its excellence, they removed inferior works from circulation in its favor. Many subsequent authors, such as Theon of Alexandria, made their own editions, with alterations, comments, and new theorems or lemmas. Many mathematicians were influenced and inspired by Euclid's masterpiece. For example, Archimedes of Syracuse and Apollonius of Perga, the greatest mathematicians of their time, received their training from Euclid's students and his Elements and were able to solve many open problems at the time of Euclid. It is a prime example of how to write a text in pure mathematics, featuring simple and logical axioms, precise definitions, clearly stated theorems, and logical deductive proofs. The Elements consists of thirteen books dealing with geometry (including the geometry of three-dimensional objects such as polyhedra), number theory, and the theory of proportions. It was essentially a compilation of all mathematics known to the Greeks up until Euclid's time.[3]