A trade bloc is a type of intergovernmental agreement, often part of a regional intergovernmental organization, where barriers to trade (tariffs and others) are reduced or eliminated among the participating states.

Trade blocs can be stand-alone agreements between several states (such as the North American Free Trade Agreement) or part of a regional organization (such as the European Union). Depending on the level of economic integration, trade blocs can be classified as preferential trading areas, free-trade areas, customs unions, common markets, or economic and monetary unions.[1]

Historic trading blocs include the Hanseatic League, a Northern European economic alliance between the 12th and 17th centuries, and the German Customs Union, formed on the basis of the German Confederation and subsequently the German Empire from 1871. Surges of trade bloc formation occurred in the 1960s and 1970s, as well as in the 1990s after the collapse of Communism. By 1997, more than 50% of all world commerce was conducted within regional trade blocs.[2] Economist Jeffrey J. Schott of the Peterson Institute for International Economics notes that members of successful trade blocs usually share four common traits: similar levels of per capita GNP, geographic proximity, similar or compatible trading regimes, and political commitment to regional organization.[3]

Some advocates of global free trade are opposed to trading blocs. Trade blocs are seen by them to encourage regional free trade at the expense of global free trade.[4] Those who advocate for it claim that global free trade is in the interest of every country, as it would create more opportunities to turn local resources into goods and services that are both currently in demand and will be in demand in the future by consumers.[5] However, scholars and economists continue to debate whether regional trade blocs fragment the global economy or encourage the extension of the existing global multilateral trading system.[6][7]

A common market is seen as a stage of economic integration towards an economic union[8] or possibly towards the goal of a unified market. 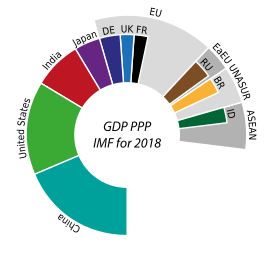 Published by: Wiley for the Economics Department of the University of Pennsylvania and Institute of Social and Economic Research, Osaka University