The school's mascot is Otto the Orange. Until 2004, the teams were known as the Orangemen and Orangewomen. The men's basketball, football, wrestling, men's lacrosse, and women's basketball teams play in the Carrier Dome. Other sports facilities include the nearby Manley Field House complex, the Tennity Ice Skating Pavilion, and Drumlins Country Club.

Syracuse is the only ACC school and one of only four Power 5 schools that do not sponsor baseball, the other three being Colorado, Iowa State, and Wisconsin. 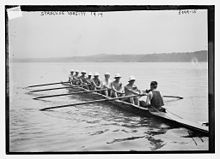 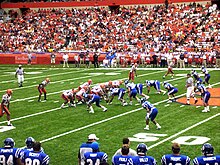 The Syracuse Orange football program is a college football team that currently represents Syracuse University as a member of the Atlantic Coast Conference.

The Syracuse Orange men's basketball program is the intercollegiate men's basketball program of Syracuse University. The program is classified in the NCAA's Division I, and the team competes in the Atlantic Coast Conference. The Orange won the National Championship in the 2003 NCAA Men's Division I Basketball tournament. During the 2008–09, they played in, and won, a six-overtime thriller against a rival UConn team. The game was during the Big East Championship Tournament, and is the second-longest NCAA Division I basketball game of all-time. Their recent success has included a trip to the 2013 Final Four and the 2016 Final Four. In the 2013–14 season they broke a record set two years prior by starting the season 25–0. The previous record was 20–0 set during the 2011–12 season. The 1917–18 and 1925–26 Syracuse teams were retroactively named the national champion by the Helms Athletic Foundation and the Premo-Porretta Power Poll.[3][4]

In 2008, Syracuse University announced that it would sanction a women's ice hockey team and become a member of College Hockey America. The team started playing in 2008.

The Orange softball team began play in 2000. The team has made three NCAA Tournament appearances in 2010, 2011, 2012. The current head coach is Shannon Doepking.

Syracuse Orange is the NCAA college soccer team for Syracuse University in Syracuse, New York. They are a Division I team in the Atlantic Coast Conference and play their games at the Syracuse Soccer Stadium.

Syracuse Orange is the NCAA Division I women's college soccer team for Syracuse University in Syracuse, New York. They play in the Atlantic Coast Conference and play their games at the Syracuse Soccer Stadium. The team was founded in 1996. 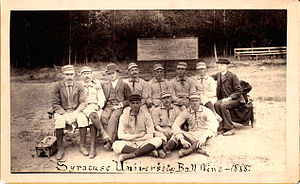 Syracuse's club baseball team was established in 1979 and has been successful in tournaments. The sport is currently played at the club level and the team is part of the National Club Baseball Association (NCBA).

Many students, alumni, citizens and other baseball enthusiasts in the area are in favor of an NCAA varsity team being formed on campus, but the athletic budget is a difficult barrier.[citation needed] In a September 12, 2006, story in The Daily Orange, Michael Wasylenko, chairman of the Athletic Policy Board, said Title IX and Syracuse's athletic budget is still a major crutch.

Men's hockey competes at the ACHA Division I level in the ESCHL league.

Founded in 1969, Syracuse University Rugby Football Club plays in Division 1 in the Empire Conference. Syracuse has enjoyed success, including a trip to the Division 1 sweet 16 national playoffs in 2010.[5] Syracuse has participated in international tours to Europe, Argentina and Australia.[6] Syracuse are led by head coach Bob Wilson.[7] 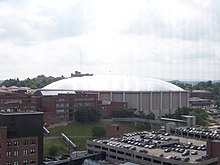 Built in 1980, the Carrier Dome is a 49,250-seat domed sports stadium located on the campus of Syracuse University. It is both the largest domed stadium on a college campus and the largest domed stadium in the Northeast. It is home to the Syracuse Orange football, basketball, and lacrosse teams. With regard to basketball, it holds another title, being the largest on-campus basketball arena, with a listed capacity of 33,000. This limit has been exceeded several times. The Dome sold an on-campus NCAA record of 35,446 tickets for a game against the Duke Blue Devils on February 1, 2014. The previous record was set on February 23, 2013 against the Georgetown Hoyas, with 35,012 in the stands. 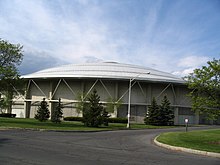 Built in 1962, this complex houses many of the offices of SU Athletics including the Equipment Room. It also contains academic rooms and two weight rooms strictly for Syracuse athletes only. Adjacent to the complex there are a variety of fields used for softball, soccer, field hockey, as well as a track for the track and field team. Manley was initially used as an indoor training facility for the football team, as well as a home court for men's basketball. Its seating capacity, 9,500, for basketball, at the time among the largest campus facilities in the Northeast, supported the rise to national prominence of the men's basketball program. The team shifted to the Carrier Dome after the 1980 season. In the final men's basketball game played at Manley, Georgetown snapped the Orangemen's 57 game home winning streak.

The name comes from Syracuse basketball star, Carmelo Anthony, who donated $3 million to the project. Anthony played one year with the Orange, the 2002-2003 season, in which he helped the program win its only NCAA Championship. It's a college basketball practice facility located in Syracuse, New York. The facility opened September 24, 2009. Both the men's and women's basketball teams for Syracuse University use the center. The facility houses two practice courts, locker rooms and office facilities for the men's and women's basketball programs at Syracuse. It is located on the north side of Manley Field House, in between the Roy Simmons Sr. Coaches Wing and the Comstock Art Facility.[8] 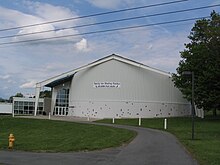 Drumlins Country Club in the 1920s

Thanks to a $600,000 gift by Syracuse University trustee and Standard Oil President, John D. Archbold, what was publicized as the "Greatest Athletic Arena in America" opened in 1907. Designed to resemble the Roman Colosseum and to never become outdated, Archbold Stadium became a trademark of Syracuse football. The stadium formed a massive concrete oval, 670 feet (204 m) long and 475 feet (145 m) wide. It was 100 feet (30 m) longer and only 22 feet (7 m) thinner than the Carrier Dome, and more than 6 million Orangemen football fans passed through its gates.

From 1907 until 1978, Archbold Stadium was the home of SU football. Archbold opened up with a bang when the Orange defeated Hobart 28–0. It went out in style 71 years later, with an improbable victory over second-ranked Navy 20–17. Syracuse posted a record of 265–112–50 at Archbold, and it housed many great teams. It was home of the 1915 squad, which was invited to play in the prestigious Rose Bowl and outscored its opponents 331 to 16. The 1959 team also called Archbold home en route to SU's only National Championship.

In 1978, SU fans said good-bye forever to the historic stadium. Archbold was demolished to make way for the new on-campus facility, the Carrier Dome, which opened in 1980.[8]

Below are 17 national team titles that were not bestowed by the NCAA:

∆ No title games or contemporary selections made. Retroactive selections by Helms and Premo-Porretta.

# Syracuse and Lehigh claim 1920 title based on winning their USILL divisions. No title game played. Syracuse-Lehigh game won by Lehigh.

Notable coaches, past and present 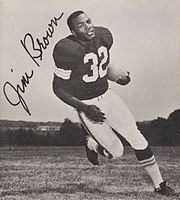 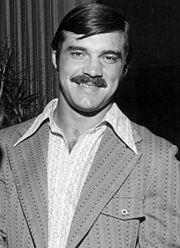 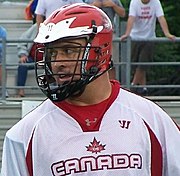 Orange is the official school color, adopted as such in 1890. Prior to that time, the school's colors were rose pink and pea green. Orange, blue, and white are traditionally used for athletic uniforms.[18]

According to an 1890 newspaper article uncovered by the Syracuse Post Standard, the orange was originally a reference to the Netherlands, which first colonized New York State.[19] It's common in upstate New York for place names to make reference to the Dutch heritage. In a similar way, the original settlement that became Albany was called Fort Orange.

Other nicknames over the years have included the "Hilltoppers," for the school's location on a hill, and the "Saltine Warriors," for a former mascot.

In 1931, a Native American warrior known as Nathan March aka: "Saltine Warrior" became the athletic mascot. The name derived from an article describing an archaeological dig on campus allegedly uncovering the artifacts of a Native American warrior.[20] The warrior was called the "Saltine Warrior" because of the abundant salt deposits in the Syracuse, New York area. The article was later revealed to be a hoax, but the mascot remained for next four decades.

In the mid-1950s, the father of a Lambda Chi Alpha fraternity brother owned a cheerleading camp. He made a Saltine Warrior costume for his son to wear at Syracuse football games.[21] Thus began a nearly forty-year tradition of Lambda Chi brothers serving as the university's mascot.

In 1978, the Saltine Warrior was banned by the university as part of the national movement to eliminate Native American motifs, becoming one of the first colleges to do so. The mascot briefly morphed into a Roman warrior, but was eventually replaced unofficially in 1982 by a giant, cartoon-style Orange.[21]

The cheerleaders and mascots were at a UCA Cheerleading Camp in Tennessee that summer, and narrowed the field down to two potential names—"Opie" and "Otto." Figuring the name "Opie" would lead to the inevitable rhyme with "dopey," they settled on "Otto." Later that fall, word got out that the cheerleaders were calling the latest mascot costume Otto, and the name stuck.[22][23]

Otto the Orange was adopted by the university in 1995 as the university's official mascot, selected over a wolf and a lion also under consideration.[21]