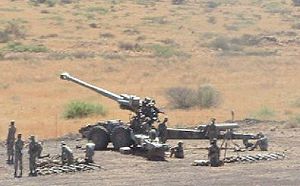 In Proclamation No. 246 of 1934, the Governor General of the Union of South Africa merged the two organisations with effect from 1 September 1934 and created one Corps titled the South African Artillery (SAA) (see South African Army corps and branches).

1st Medium Regiment SAA (SAHA) was formed briefly from 1 October 1939 - July 1941, when it was broken up in Egypt to provide replacements for the field regiments of the SAA. It was reformed with headquarters at Cape Town from 1 January 1946. It was transferred from Cape Town and out of Cape Command to Oudtshoorn from 31 December 1953, but was then disbanded after a Citizen Force reorganisation on 1 March 1960.[3]

From 1 July 1951 8 Field Regiment SAA was active, but was redesignated the Johannesburg Regiment in 1960.

The army's reorganisation after the creation of the new South African National Defence Force was lengthy. The SA Army Office was established. The Corps were restructured with Regular and Reserve Regiments under command. The so-called “Type Formations” were established which assumed responsibility for the provisioning of combat-ready forces to be employed under the direction of Joint Operations Division. 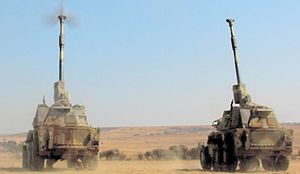 G6 Rhino Howitzers at the Klipdrift military base 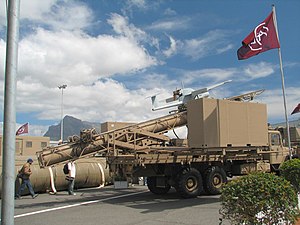 Maj Gen Roy Andersen with the GOC, Brig Gen Deon Holtzhausen, and Sgt Maj of the Formation accompanied by the NFA OC, Major Craig Nel, just after the NFA gunners fired the salute at the Gunner's Memorial Service in Durban 2014

The Formation uses the following equipment, among others: