Secularism may refer to any worldview or principle which defines the secular at a given context, and prioritizes, justifies or promotes it over the non-secular.[1][2] "Secularism" has a broad range of meaning. While its definition as the separation of religion from civic affairs and the state is the most common,[3] it may connote anticlericalism, atheism, naturalism, banishment of religious symbols from the public sphere and much more.[4]

As a philosophy, secularism seeks to interpret life on principles taken solely from the material world, without recourse to religion. It shifts the focus from religion towards "temporal" and material concerns.[5]

In political terms, secularism is the principle of the separation of government institutions and persons mandated to represent the state from religious institutions and religious dignitaries (the attainment of such is termed secularity).[6] There are distinct traditions of secularism in the West, like the French and Anglo-American models, and beyond, as in India,[4] where the emphasis is more on tolerance for all religions rather than separation. The purposes and arguments in support of secularism vary widely, ranging from assertions that it is a crucial element of modernization, or that religion and traditional values are backward and divisive, to the claim that is the only guarantor of free religious exercise. 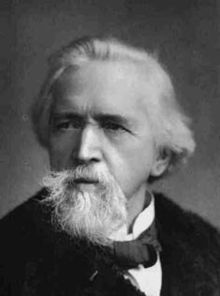 The term "secularism" was first used by the British writer George Holyoake in 1851.[7] Holyoake invented the term "secularism" to describe his views of promoting a social order separate from religion, without actively dismissing or criticizing religious belief. An agnostic himself, Holyoake argued that "Secularism is not an argument against Christianity, it is one independent of it. It does not question the pretensions of Christianity; it advances others. Secularism does not say there is no light or guidance elsewhere, but maintains that there is light and guidance in secular truth, whose conditions and sanctions exist independently, and act forever. Secular knowledge is manifestly that kind of knowledge which is founded in this life, which relates to the conduct of this life, conduces to the welfare of this life, and is capable of being tested by the experience of this life."[8]

Secularism may be categorized into two types, "hard" and "soft". "Hard" secularism considers religious propositions to be epistemologically illegitimate and seeks to deny them as much as possible. The "soft" variety emphasizes tolerance and liberalism.[9]

Though secularism is a modern concept, related ideas may be found in the works of ancient philosophers from many civilizations.[10] Among the earliest documentations of a secular form of thought is seen in the Charvaka system of philosophy in India, which held direct perception, empiricism, and conditional inference as proper sources of knowledge, and sought to reject the prevailing religious practices of that time.[11] Zeno of Citium and Marcus Aurelius are also notable examples. Secularism emerged in the West with the establishment of reason over religious faith as human reason was gradually liberated from unquestioned subjection to the dominion of religion and superstition.[12] Secularism first appeared in the West in the Classical philosophy and politics of ancient Greece, disappeared for a time after the decline of the Classical world, but resurfaced after a millennium and a half in the Renaissance and the Reformation. The subsequent Enlightenment hailed Nature as the "deep reality" that transcended the corrupted man-made institutions of society. Consequently, the rights of man were not considered as God-given, but as the de facto benefits of Nature as revealed by Reason.[13] John Locke, Denis Diderot, Voltaire, Baruch Spinoza, James Madison, Thomas Jefferson, and Thomas Paine and other Enlightenment thinkers contributed much to the formation of secularist notions.In recent times, secularism has been represented by such intellectuals as Robert Ingersoll, Bertrand Russell, and Christopher Hitchens.

In political terms, secularism is a movement towards the separation of religion and government (often termed the separation of church and state). This can refer to reducing ties between a government and a state religion, replacing laws based on scripture (such as Halakha, and Sharia law) with civil laws, and eliminating discrimination on the basis of religion. This is said to add to democracy by protecting the rights of religious minorities.[14]

Separation of church and state is but one possible strategy to be deployed by secular governments. From the democratic to the authoritarian, such governments share a concern to limit the religious side in the relationship. Each state may find its own unique policy prescriptions. These may include separation, careful monitoring and regulation of organized religion such as in France and Turkey, and others.[15]

A major impact on the idea of state religious liberty came from the writings of John Locke who, in his A Letter Concerning Toleration, argued in favour of religious toleration. He argued that government must treat all citizens and all religions equally, and that it can restrict actions, but not the religious intent behind them.[16]

Maharaja Ranjeet Singh of the Sikh empire of the first half of the 19th century successfully established a secular rule in the Punjab. This secular rule respected members of all races and religions and it allowed them to participate without discrimination in Ranjeet Singh's darbar and he had Sikh, Muslim and Hindu representatives heading the darbar.[17] Ranjit Singh also extensively funded education, religion, and arts of various different religions and languages.[18]

Secularism is most often associated with the Age of Enlightenment in Europe and it plays a major role in Western society. The principles, but not necessarily the practices, of separation of church and state in the United States and Laïcité in France draw heavily on secularism. Secular states also existed in the Islamic world during the Middle Ages (see Islam and secularism).[19]

In accord with the belief in the separation of church and state, secularists tend to prefer that politicians make decisions for secular rather than religious reasons.[20] In this respect, policy decisions pertaining to topics like abortion, contraception, embryonic stem cell research, same-sex marriage, and sex education are prominently focused upon by American secularist organizations such as the Center for Inquiry.[21][22]

Some Christian fundamentalists and scholars (notably in the United States) oppose secularism, often claiming that there is a "radical secularist" ideology being adopted in our current day and they see secularism as a threat to "Christian rights"[23] and national security.[24]

It has been argued that in the US, the concept of secularism has frequently been misinterpreted. Jacques Berlinerblau wrote that "Secularism must be the most misunderstood and mangled ism in the American political lexicon", and that the religious right purposefully equated it to Atheism, Communism and other ideologies since the 1970's.[25]

Some of the well known states that are often considered "constitutionally secular" are the United States,[27] France,[28] Mexico[29] South Korea, and Turkey although none of these nations have identical forms of governance with respect to religion. For example, in India, secularism includes state involvement in religions, while in France, secularism precludes state involvement in religion.[30][31]

In studies of religion, modern democracies are generally recognized as secular. This is due to the near-complete freedom of religion (beliefs on religion generally are not subject to legal or social sanctions), and the lack of authority of religious leaders over political decisions. Nevertheless, it has been claimed that surveys done by Pew Research Center show Americans as generally being more comfortable with religion playing a major role in public life, while in Europe the impact of the church on public life is declining.[32]

Modern sociology has, since Max Weber, often been preoccupied with the problem of authority in secularized societies and with secularization as a sociological or historical process.[33] Twentieth-century scholars, whose work has contributed to the understanding of these matters, include Carl L. Becker, Karl Löwith, Hans Blumenberg, M.H. Abrams, Peter L. Berger, Paul Bénichou and D.L. Munby, among others.

Most societies become increasingly secular as the result of social, economic development and progress, rather than through the actions of a dedicated secular movement.

Secularism is a code of duty pertaining to this life, founded on considerations purely human, and intended mainly for those who find theology indefinite or inadequate, unreliable or unbelievable. Its essential principles are three: (1) The improvement of this life by material means. (2) That science is the available Providence of man. (3) That it is good to do good. Whether there be other good or not, the good of the present life is good, and it is good to seek that good.[34]

Holyoake held that secularism and secular ethics should take no interest at all in religious questions (as they were irrelevant), and was thus to be distinguished from strong freethought and atheism. In this he disagreed with Charles Bradlaugh, and the disagreement split the secularist movement between those who argued that anti-religious movements and activism was not necessary or desirable and those who argued that it was.

Contemporary ethical debate in the West is often described as "secular". The work of well known moral philosophers such as Derek Parfit and Peter Singer, and even the whole field of contemporary bioethics, have been described as explicitly secular or non-religious.[35][36][37][38]

It can be seen by many of the organizations (NGOs) for secularism that they prefer to define secularism as the common ground for all life stance groups, religious or atheistic, to thrive in a society that honours freedom of speech and conscience. An example of that is the National Secular Society in the UK. This is a common understanding of what secularism stands for among many of its activists throughout the world. However, many scholars of Christianity and conservative politicians seem to interpret secularism more often than not, as an antithesis of religion and an attempt to push religion out of society and replace it with atheism or a void of values, nihilism. This dual aspect (as noted above in "Secular ethics") has created difficulties in political discourse on the subject. It seems that most political theorists in philosophy following the landmark work of John Rawl's Theory of Justice in 1971 and its following book, Political Liberalism (1993),[39] would rather use the conjoined concept overlapping consensus rather than secularism. In the latter Rawls holds the idea of an overlapping consensus as one of three main ideas of political liberalism. He argues that the term secularism cannot apply;

But what is a secular argument? Some think of any argument that is reflective and critical, publicly intelligible and rational, as a secular argument; [...], Nevertheless, a central feature of political liberalism is that it views all such arguments the same way it views religious ones, and therefore these secular philosophical doctrines do not provide public reasons. Secular concepts and reasoning of this kind belong to first philosophy and moral doctrine, and fall outside the domain of the political.[39]

Still, Rawl's theory is akin to Holyoake's vision of a tolerant democracy that treats all life stance groups alike. Rawl's idea it that it is in everybody's own interest to endorse "a reasonable constitutional democracy" with "principles of toleration". His work has been highly influential on scholars in political philosophy and his term, overlapping consensus, seems to have for many parts replaced secularism among them. In textbooks on modern political philosophy, like Colin Farelly's, An Introduction to Contemporary Political Theory,[40] and Will Kymlicka's, Contemporary Political Philosophy,[41] the term secularism is not even indexed and in the former it can be seen only in one footnote. However, there is no shortage of discussion and coverage of the topic it involves. It is just called overlapping consensus, pluralism, multiculturalism or expressed in some other way. In The Oxford Handbook of Political Theory,[42] there is one chapter called "Political secularism", by Rajeev Bhargava. It covers secularism in a global context, and starts with this sentence: "Secularism is a beleaguered doctrine."