Advertisement - You can get this game from STEAM
This article is about the contemporary government. For the government of Scotland before the Acts of Union, see Government in medieval Scotland and Government in early modern Scotland.

The government is led by the First Minister, who selects the Cabinet Secretaries, who attend Cabinet, and Ministers with the approval of Parliament.[3][4] Government ministers all sit in parliament, and are accountable to it. The government is dependent on parliament to pass primary legislation.

The Government was established in 1999 as the Scottish Executive under the Scotland Act 1998, which created a devolved administration of Scotland in line with the result of the 1997 referendum on Scottish devolution.[5] Following increasing use of the name "Government" in place of "Executive" during the first decade of the 21st century, its name was formally changed in law to Scottish Government by the Scotland Act 2012.

The original set of devolved matters under the Scotland Act 1998 included:[6]

The most prominent reserved matters that remain under the control of the United Kingdom Government and Parliament are:[8]

The members of the government have substantial influence over legislation in Scotland, putting forward the majority of bills that are successful in becoming Acts of the Scottish Parliament.[9] 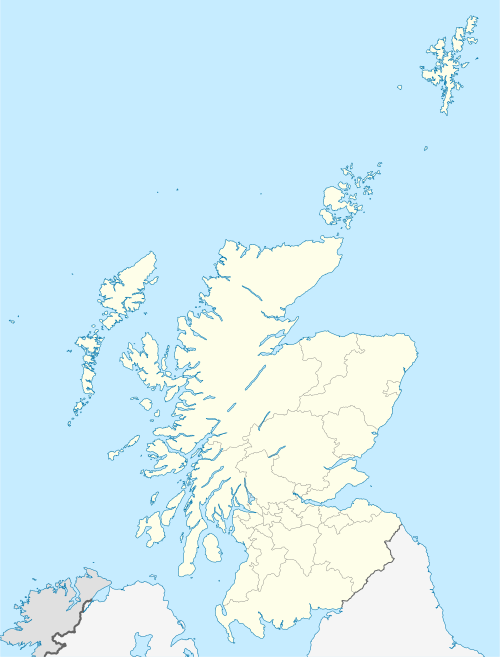 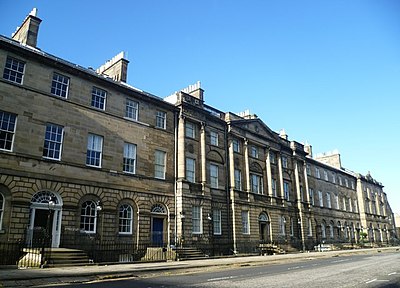 Bute House, the official residence of the First Minister of Scotland. 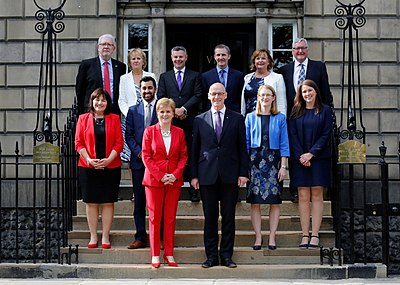 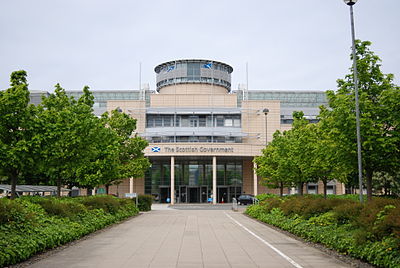 The Scottish Cabinet is the group of ministers who are collectively responsible for all Scottish Government policy. While parliament is in session, the cabinet meets weekly.[15] Normally meetings are held on Tuesday afternoons in Bute House, the official residence of the first minister. The cabinet consists of the cabinet secretaries, excluding the Scottish law officers (the lord advocate and the solicitor general). The lord advocate attends meetings of the cabinet only when requested by the first minister, and he is not formally a member.[16]

The cabinet is supported by the Cabinet Secretariat, which is based at St Andrew's House.

There are currently two sub-committees of Cabinet:[17]

For several years prior to the Glasgow 2014 Commonwealth Games there had been a third sub-committee of Cabinet:

The permanent secretary is a member of Her Majesty's Civil Service, and therefore takes part in the permanent secretaries management group of the Civil Service[20] and is answerable to the most senior civil servant in Britain, the Cabinet Secretary (not to be confused with Scottish Government cabinet secretaries), for his or her professional conduct. He or she remains, however, at the direction of the Scottish ministers.

Supporting these directorates are a variety of other corporate service teams and professional groups.[21]

The Crown Office and Procurator Fiscal Service serves as an independent prosecution service in Scotland, and is a ministerial department of the Scottish Government. It is headed by the Lord Advocate, who is responsible for prosecution, along with the procurators fiscal, under Scots law.

To deliver its work, there are 9 executive agencies established by ministers as part of government departments, or as departments in their own right, to carry out a discrete area of work. These include, for example, the Scottish Prison Service and Transport Scotland. Executive agencies are staffed by civil servants.

The Scottish Government is also responsible for a large number of non-departmental public bodies. These include executive NDPBs (e.g. Scottish Enterprise); advisory NDPBs (e.g. the Scottish Law Commission); tribunals (e.g. the Children's Panel and Additional Support Needs Tribunals for Scotland); and nationalised industries (e.g. Scottish Water). These are staffed by public servants, rather than civil servants.

The Scottish Government is also responsible for some other public bodies that are not classed as non-departmental public bodies, such as NHS Boards, Visiting Committees for Scottish Penal Establishments or HM Chief Inspector of Constabulary for Scotland.

The main building of the Scottish Government is St Andrew's House, which is located on Calton Hill in Edinburgh. Some other government departments are based at Victoria Quay in Leith, Saughton House on Broomhouse Drive, and Atlantic Quay on Broomielaw, Glasgow. The Crown Office and Procurator Fiscal Service has its head offices, and the Lord Advocate's Chambers, at Chambers Street in central Edinburgh.

There are numerous other Edinburgh properties occupied by the Scottish Government. The Security Branch is based in the old Governor's House on the site of the former Calton Gaol, next door to St Andrew's House on Regent Road. The Government Car Service for Scotland also has its Edinburgh offices on Bonnington Road, in Leith. Other offices are scattered around central Edinburgh, including Bute House on Charlotte Square, the official residence of the first minister.

New St Andrew's House, above and behind Edinburgh's St James' Centre, was once a large Scottish Office building, which was occupied from 1973 until 1997, when the last remaining staff moved to Victoria Quay.

The first minister has use of the Scotland Office building, Dover House in Whitehall when necessary.[23]

The Scottish Executive's original logo, shown with English and Scottish Gaelic caption. The logo was replaced in September 2007, with the name changed to "Scottish Government", and the Flag of Scotland used instead of the Royal Arms. The original logo is still used by the Scotland Office.

The original Scotland Act 1998 gave the name "Scottish Executive" as the legal term for the devolved government. In January 2001, the then First Minister Henry McLeish suggested changing the official name from "Scottish Executive" to "Scottish Government". The reaction from the British Government and from some Labour Party members and Scottish Labour MPs was allegedly hostile.[25] This reaction was in contrast to a 2001 public survey by then-Labour chief whip Tom McCabe, which showed that only 29% of the Scottish public wanted the title Scottish Executive to remain.[26]

Scottish politicians, including the Labour first minister, had often referred to the executive as the "government" and this trend increased following the 2007 election, when the SNP took office and Labour were in opposition for the first time. On 2 September 2007, the SNP minority government announced that the Scottish Executive was to be retitled as the "Scottish Government".

The renaming was decided unilaterally by the minority government; as a consequence, the SNP was criticised by the three Unionist opposition parties for acting without allowing for parliamentary scrutiny, debate or approval of their plan. However, the term "Scottish Government" has since then become common currency among all of the political parties in Scotland and the rest of the UK.[27] The official Gaelic title, Riaghaltas na h-Alba, has always meant "Government of Scotland".

At the same time that the Scottish Government began to use its new name, a new emblem was adopted. The earlier version featured the old name and a version of the Royal Arms for Scotland, but without the motto, the helm, the mantling, the crest, the war-cry above the crest, or the flags of Scotland and England carried by the supporters. In the rendering used, both supporters appeared to be crowned with the Crown of Scotland, whereas in the Royal Arms, the Scottish unicorn is usually shown crowned with the Scottish Crown, and the English lion with St Edward's Crown.

In the September 2007 re-branding, this depiction of the Royal Arms was replaced by one of the Flag of Scotland.[28] In 2016, a refreshed version of the Scottish Government logo was launched and used on all government websites and letters of correspondence as part of the national Gaelic Language Plan.

In the first two terms of the Scottish Parliament, the government was formed by a coalition of Labour and Liberal Democrats. In the three terms since the 2007 election, the Scottish National Party has held the largest number of seats and has formed a devolved government on its own. They formed the first majority government in 2011, lost the majority at the 2016 election, but remain as the largest party. The current first minister is Nicola Sturgeon, who is the first woman to hold the post, and has served since 20 November 2014.