The parish of St. Michael is one of eleven parishes of Barbados. It has a land area of 39 km2 and is found at the southwest portion of the island. Saint Michael has survived by name as one of the original six parishes created in 1629 by Governor Sir William Tufton.

The parish is home to Bridgetown, the capital of Barbados. Bridgetown is the centre of commercial activity in Barbados, as well as a central hub for the public transport network. Other major infrastructure in St. Michael is the international seaport of Barbados—the Deep Water Harbour. Therein, a number of cruise ships arrive and depart including various lines such as Royal Caribbean and Cunard. The harbour features several sugar towers for loading locally produced sugar into transport ships, and a tower for loading flour for transport. 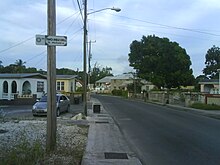 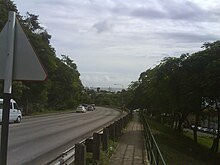 Found in St. Michael are:

Schools located in St. Michael include: