Saint-Jérôme (French pronunciation: ​[sɛ̃ ʒeʁom]) (2011 Population 68,456) is a suburban city located about 45 kilometres (28 mi) northwest of Montreal on the Rivière du Nord. The town is a gateway to the Laurentian Mountains and its resorts via the Autoroute des Laurentides.

The town is named after Saint Jerome (ca. 347 – September 30, 420), a church father best known as the translator of the Bible from Greek and Hebrew into Latin. His translation is known as the Vulgate.

The territory where the present city of Saint-Jérôme now stands was granted in 1752 by the marquis de la Jonquière, governor of New France, as the seignory of Augmentation des Mille-Iles (literally "enlargement" of the seignory of Mille-Iles). From the 1760s to the 1840s, the seignory was owned by the Dumont and Lefebvre de Bellefeuille families, living in the town of Saint-Eustache, 25 kilometers (16 mi) to the south. The Dumont and the Lefebvre conceded the farmland to colonists coming mostly from the region lying north of Montreal. The emerging town was then known under the name of Dumontville. The Catholic parish of Saint-Jérôme was constituted on November 15, 1834, and the village was constituted on July 1, 1845 by governor Metcalfe.[5]

François-Xavier-Antoine Labelle, a Roman Catholic priest who was the great "colonizer" (promoter of settlement) of the North of Montreal, was in charge of the pastoral administration of Saint-Jérôme of 1868 until his death, in 1891. Eight years after his arrival, he had a railway built linking Saint-Jérôme and Montreal.

Antoine Labelle was the parish priest of Saint-Jérôme for 22 years, from 1868 until his death, at 57 years of age, on January 4, 1891. He was called "the king of North, the apostle of colonization".

The opening of roads and the arrival of a railway became essential with the development of the small communities in the Laurentians. These transportation routes for the movement of goods and people would ensure the establishment of trade and industry.

Labelle promoted the idea of a railway towards the North beginning in 1869. The railway reached Saint-Jérôme in 1876, partly because a railway was seen as a way to meet the needs for firewood and construction materials for urban centres like Montreal and Quebec.

Saint-Jérôme is the seat of the judicial district of Terrebonne.[6]

Saint-Jérôme is served by Québec Autoroute 15, which is part of the Trans-Canada Highway system, and Québec Route 117. In addition, Québec Routes 158 and 333 pass through the city.

Saint-Jérôme is served by the Saint-Jérôme intermodal commuter rail station by Exo, the Greater Montreal Region's public transit system's exo2 line. Commuter trains to Montreal began to serve the station in January 2007, with four trains in each direction each business day.[7]

Since upgrades to the line were made in 2013, which included work to double the track between Sainte-Rose station and Saint-Martin Junction and install Automatic Train Control (ATC) between Parc station and the end of the line in Saint-Jérôme, all trains now serve the station. There are 13 departures towards Montreal during the week, and six departures on the weekends and holidays.[8]

Saint-Jérôme is an important stop on the north-south trunk of the "route verte" cycling path which makes it possible for nature lovers who are also pedaling enthusiasts to make short trips or excursions lasting several days from as far south as Blainville, Quebec on the outskirts of Montreal and as far north as Mont-Tremblant, Quebec without ever sharing the road with a motorized vehicle. North of Saint-Jérôme, the trail is known as the "P'tit Train du Nord" linear park (rail trail)[9] and is also used as a cross-country ski trail in winter. 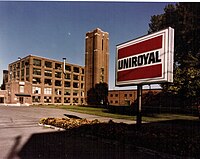 The Centre de santé et de services sociaux de Saint-Jérôme (Health and Social Services Centre of Saint-Jérôme or CSSS) is the non-profit body that operates three different types of health care institution in the city: an acute-care hospital (the Hôpital régional de Saint-Jérôme), the CLSC and long-term care facilities. By its regional vocation, it serves the entire Laurentides region. The history of the CSSS of Saint-Jerome begins with the construction of the hospital in 1949 and its opening the following year.

The main purpose of the establishment is to offer care and high quality services to the population. In April 2007, the CSSS obtained accreditation from Accreditation Canada. This distinction confirms adequate standards of care and patient safety.

Saint-Jérôme is home to the Cégep de Saint-Jérôme, one of the Colleges of General and Vocational Education located in the province. It is also home to a new Saint-Jérôme branch campus of the Université du Québec en Outaouais. 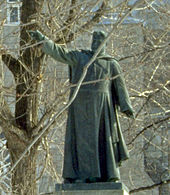 Most of Saint-Jérôme's population is either Christian (88.1%), or affiliates with no religion (11.1%). The remaining 0.8% affiliate with another religion.

The 2006 census found that 95.6% of residents spoke French as their mother tongue.