Roméo-Adrien LeBlanc PC CC CMM ONB CD (December 18, 1927 – June 24, 2009)[1] was a Canadian journalist, politician, and statesman who served as Governor General of Canada, the 25th since the Canadian Confederation.

LeBlanc was born and educated in New Brunswick, and also studied in France prior to becoming a teacher and then a reporter for Radio-Canada. He was subsequently elected to the House of Commons in 1972, whereafter he served as a minister of the Crown until 1984, when he was moved to the Senate and became that chamber's Speaker.

In 1994, he was appointed as governor general by Queen Elizabeth II, on the recommendation of Prime Minister of Canada Jean Chrétien, to replace Ramon John Hnatyshyn as viceroy, and he occupied the post until succeeded by Adrienne Clarkson in 1999, citing his health as the reason for his stepping down. His appointment as the Queen's representative caused some controversy, due to perceptions of political favouritism, though he was praised for raising the stature of Acadians and francophones, and for returning Rideau Hall to the centre of life in Ottawa.[citation needed] 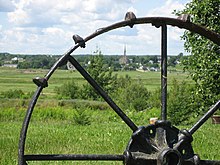 The rural community of Memramcook, New Brunswick, where LeBlanc was born and raised

Born on December 18, 1927 and raised in Memramcook, New Brunswick, LeBlanc obtained bachelor degrees in arts and education from the Collège St-Joseph before studying French civilization at the Université de Paris. He then moved on to teaching for nine years— at Drummond's high school from 1951–53 and the New Brunswick Teachers' College in Fredericton from 1955-59— after which he obtained work between 1960-67 as a journalist with the Canadian Broadcasting Corporation's French language broadcaster, Radio-Canada, serving in the bureaus in Ottawa, the United Kingdom, and the United States.[3]

His first marriage, to Joslyn "Lyn" Carter, with whom LeBlanc had two children (Genevieve and Dominic), lasted from 1966–81;[4] in 1994, he married Diana Fowler, who also had two children from a previous marriage.[5]

LeBlanc stepped into the realm of politics when he became the press secretary for successive prime ministers Lester B. Pearson and Pierre Trudeau. He then went further, winning in the 1972 federal election a seat in the House of Commons as the Liberal Party representative for Westmorland-Kent, paving the way for his appointment as the Minister of Fisheries and Oceans in the Cabinet chaired by Trudeau.

LeBlanc was a key figure in Canada's imposition of a 200-mile fishing zone; the establishment of a new fisheries licensing system; the widespread use of quotas and zones that protected Canadian fishermen from overexpansion and competition from trawlers owned by large companies; the owner-operator rule, requiring licence holders to operate vessels themselves; the separate-fleet rule, preventing corporations from obtaining licences for an under-65-foot fleet; and for creating an additional system of advisory committees that permitted fishermen a larger voice in fisheries management.

On one occasion, LeBlanc also persuaded Trudeau to advise the Governor General to close Canadian ports to Soviet fishing vessels, a headline-grabbing diplomatic thrust that resulted in better co-operation, and forbade all foreign corporations from holding commercial fishing licences in Canada.[6]

On the Pacific coast, LeBlanc oversaw the creation of the Salmonid Enhancement Program, which aimed at doubling salmon production, and quelled plans by Alcan that were deemed to threaten salmon rivers at the time.[7]

Late in 1982, LeBlanc became Minister of Public Works for two years before being nominated by Trudeau to then Governor General Jeanne Sauvé for appointment to the Senate on June 29, 1984.[8] He was then selected in 1993 by Prime Minister Jean Chrétien as Governor General Ray Hnatyshyn's appointee as that chamber's speaker.[8]

LeBlanc's time as the Queen's viceregal representative was considered to have been low key and largely uneventful, especially in comparison to that of his successor, Adrienne Clarkson.[9][10][11][12] He was, however, the first governor general of Acadian heritage, which earned praise from the Acadian community, and he was also the first from the Canadian maritimes to be appointed as viceroy.[9] 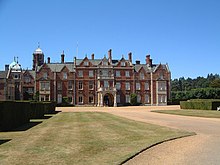 Sandringham House, where LeBlanc met with Queen Elizabeth II after his appointment as Governor General-Designate

It was announced from the Office of the Prime Minister of Canada on November 22, 1994 that Queen Elizabeth II had approved Prime Minister Jean Chrétien's choice of LeBlanc to succeed Ray Hnatyshyn as the Queen's representative.

Thereafter, LeBlanc was invited to an audience with the Queen at Sandringham House, and he was said to have been impressed and inspired by the devotion to duty on the part of both Elizabeth and her mother.[13]

The commission appointing LeBlanc under the royal sign-manual and Great Seal of Canada was issued on January 16, 1995.[14]

The largest bout of publicity around LeBlanc and regarding his governor generalcy came immediately after the announcement of his appointment to the post: although previous governors general had worked as politicians prior to and after serving as viceroy, the recommendation of a prominent Liberal Party politician and organiser was criticised as being little more than a patronage gift from the Prime Minister to a loyal party member.

In the 1993 federal election, LeBlanc had been one of the chief architects of the Liberal Party's election strategy, and was a strong party loyalist. In protest, both Reform Party of Canada leader Preston Manning and Bloc Québécois leader Lucien Bouchard refused to attend LeBlanc's installation ceremony.[9]

As with each governor general, LeBlanc took on unofficial and personal mandates, choosing for himself: voluntarism, the teaching of Canadian history, Canada's Aboriginal peoples, and the military. He spoke often about the generosity, tolerance, and compassion of Canadians, and admired the dignity and abilities of the common citizen.

To recognize the "unsung heroes" who volunteer their time and effort to help others, LeBlanc initiated in 1996 the Governor General's Caring Canadian Award, and, on June 21, of the same year, was proud to issue a royal proclamation inaugurating National Aboriginal Day as an annual observance.[15]

LeBlanc travelled to all parts of Canada and had a special affinity for small towns and cities, making himself particularly visible in those parts of Quebec after the province's referendum on secession in 1995. He participated in more than 2,000 events, including the annual New Year's Levée, which he moved to various locations around the country, seeing the party organised at Ottawa, Ontario, in 1996; Quebec City, Quebec, in 1997; Winnipeg, Manitoba, in 1998; and St. John's, Newfoundland and Labrador, in 1999.

Over the same years, LeBlanc also had public access to Rideau Hall and its grounds expanded and improved— including opening a dedicated visitors' centre in 1997— so that the number of visitors increased threefold to approximately 125,000 people per year.[16] In keeping with his respect for the First Peoples of Canada, LeBlanc placed a totem pole and inukshuk prominently on the royal property.[citation needed]

Amongst numerous other official and ceremonial duties, the Governor General granted Royal Assent to amendments to the constitution on three occasions: April 21, 1997, December 19, 1997, and January 8, 1998, and also issued the royal proclamation announcing the creation of the territory of Nunavut on April 1, 1999. LeBlanc welcomed to Rideau Hall the Queen, Prince Philip, Duke of Edinburgh, and Prince Charles, Prince of Wales, along with a host of foreign dignitaries such as United States president Bill Clinton and his wife, Hillary; King Hussein and Queen Noor of Jordan, and later Hussein's son, King Abdullah II, and his wife Queen Rania; as well as President of South Africa Nelson Mandela; and President of China Jiang Zemin. Further, he undertook eight state visits, becoming the first governor general of Canada to make such trips to the Czech Republic, India, Pakistan, the Ivory Coast, Tanzania, Mali, and Morocco.[16]

As governor general, LeBlanc was viewed as having been a role model for Acadians, and was complimented for having drawn the attention of the country to Acadian history and culture. As such, he was seen as a symbol for reconciliation, given the past relations between the Acadians and the Canadian Crown's predecessor. At the same time, LeBlanc was also credited for returning Rideau Hall to a status closer to that which it held a century previous, when it was the centre of life in the national capital.[9]

The Governor General's standard as redesigned at LeBlanc's direction, declawed and delangued

Although LeBlanc enjoyed all the provinces and territories, his visits touching small towns as well as big cities, he travelled to events in his home province to a degree that some saw as disproportionate. Moreover, LeBlanc never sought media coverage, with the result that many Canadians were unaware of who he was, and his down-to-earth demeanour was thought by some to have been too "folksy" for the post.[13] The accusations of political patronage also failed to evaporate during LeBlanc's governorship; while LeBlanc was viceroy, his son, Dominic, continued to work for the prime minister's office until 1997, when he ran for election to the House of Commons in LeBlanc's old riding, where the Governor General had a series of events planned the very week he dropped the election writs. Further, LeBlanc's daughter maintained employment as a political assistant to Liberal Cabinet ministers, and some of the Governor General's staff had close Liberal Party connections.[9]

Personal touches were also left on the symbol of the Canadian viceregal office, from which LeBlanc removed the claws and tongue of the crowned lion,[13] saying that they were impolite and un-Canadian. Though the change did not gather much attention until near the end of LeBlanc's tenure, the reaction, when it came, was generally unfavourable, and the modifications were undone by his successor.[9] 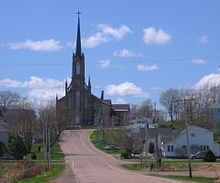 St. Thomas Church in Memramcook was the location of his state funeral.

After being released from the Queen's service, LeBlanc returned to New Brunswick. There, after a lengthy battle with Alzheimer's disease, he died on June 24, 2009, in Grande-Digue.[17]

He was, as is protocol for all incumbent and former governors general, accorded a state funeral, which took place on July 3 of the same year, in Memramcook. The casket's path through the community was lined with officers from the Department of Fisheries and Oceans, paying homage to LeBlanc's time as minister of the Crown with that portfolio,[18] and the sitting governor general, Michaëlle Jean, her prime minister, Stephen Harper, and LeBlanc's former prime minister, Jean Chrétien, all attended.[19] 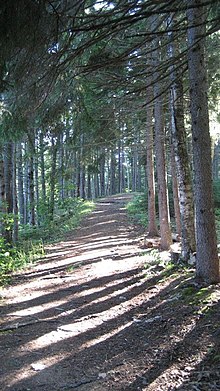