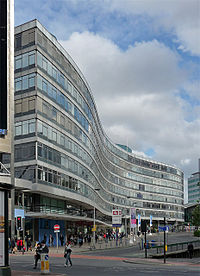 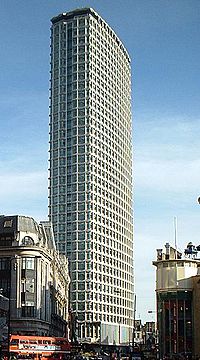 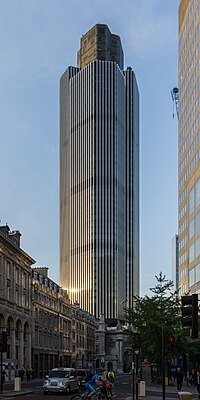 Richard Seifert (born Reubin Seifert, 25 November 1910 – 26 October 2001)[1] was a Swiss-British architect, best known for designing the Centre Point tower and Tower 42 (previously the NatWest Tower), once the tallest building in the City of London. His eponymously named practice – R. Seifert and Partners (later the R. Seifert Company and Partnership) was at its most prolific in the 1960s and 1970s, responsible for many major office buildings in Central London as well as large urban regeneration projects in other major British cities.

Seifert was born to a Swiss family and came to London when young. He attended the Central Foundation Boys' School[2] and subsequently obtained a scholarship to the Bartlett School of Architecture, graduating in 1933.[1] Seifert served in the Royal Engineers during World War II.[3]

Seifert and his company were responsible for more London buildings than Sir Christopher Wren and designed more than 500 office blocks across the UK and Europe.[1]

National Life Stories conducted an oral history interview (C467/05) with Richard Seifert in 1996 for its Architects Lives' collection held by the British Library.[4]