Since 1999, Bulgaria has been divided into 28 provinces (Bulgarian: области – oblasti; singular: област – oblast; also translated as "regions") which correspond approximately to the 28 districts (in Bulgarian: окръг – okrags, plural: окръзи – okrǎzi), that existed before 1987. 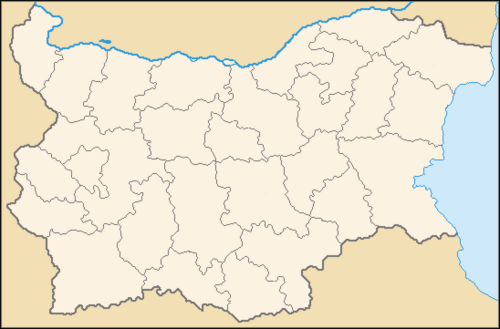 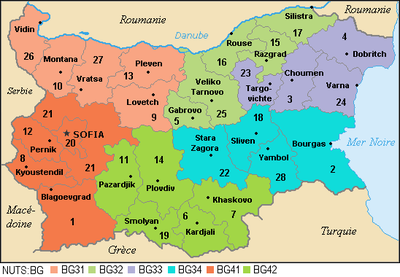 Sofia – the capital city of Bulgaria and the largest settlement in the country, is the administrative centre of both Sofia Province and Sofia City Province (Sofia-grad). The capital is included (together with 3 other cities plus 34 villages) in Sofia Capital Municipality (over 90% of whose population lives in Sofia), which is the sole municipality comprising Sofia City province.

The provinces do not have official names – legally (in the President's decree on their constitution), they are not named but only described as "oblast with administrative centre [Noun]" - together with a list of the constituting municipalities. In Bulgaria they are usually called "[Adjective] Oblast"; occasionally they are referred to as "Oblast [Noun]" and rarely as "oblast with administrative centre [Noun]".

The Bulgarian term "област" (oblast) is preferably translated into English as "province", in order to avoid disambiguation and distinguish from the former unit called "окръг" (okrag, translated as "district") and the term "регион" (always translated as "region"). At any rate, "district" and "region" are sometimes still used to name these contemporary 28 units. 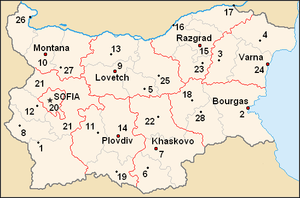 In 1987, the then-existing 28 districts were transformed into 9 large units (in Bulgarian called oblasts - provinces), which survived until 1999.[4]

The 9 large provinces are listed below, along with the pre-1987 districts (post-1999 small provinces) comprising them.

On 1 January 1999, the old districts were restored with some modifications, but the designation ("oblast") "province" was kept.