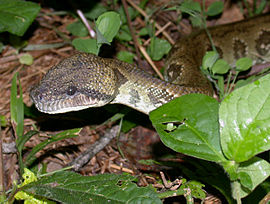 Sanzinia madagascariensis was moved to the genus Boa. To avoid having the same name as another snake it was renamed Boa manditra. On further investigation it was established that the move had been incorrect, so the original name was reinstated as the valid name. 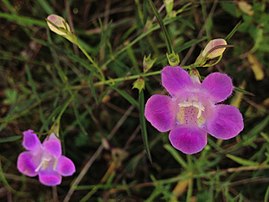 The North American wildflower genus Agalinis was published in 1837, but for a long time it was included in the ambiguously-named genus Gerardia. In 1961 the problem with the name Gerardia was resolved, and Agalinis came into common use. However, three relatively unknown names for the genus had been published earlier Virgularia Ruiz & Pav. in 1794, Chytra C.F.Gaertn. in 1807, and Tomanthera Raf. in 1837, of which Virgularia would have priority.[1] These three names have since been rejected in favour of Agalinis.[2]

The principle of priority has not always been in place. When Carl Linnaeus laid the foundations of modern nomenclature, he offered no recognition of prior names. The botanists who followed him were just as willing to overturn Linnaeus's names. The first sign of recognition of priority came in 1813, when A. P. de Candolle laid out some principles of good nomenclatural practice. He favoured retaining prior names, but left wide scope for overturning poor prior names.[3]

During the 19th century, the principle gradually came to be accepted by almost all botanists, but debate continued to rage over the conditions under which the principle might be ignored. Botanists on one side of the debate argued that priority should be universal and without exception. This would have meant a one-off major disruption as countless names in current usage were overturned in favour of archaic prior names. In 1891, Otto Kuntze, one of the most vocal proponents of this position, did just that, publishing over 30000 new combinations in his Revisio Generum Plantarum.[3] He then followed with further such publications in 1893, 1898 and 1903.[3] His efforts, however, were so disruptive that they appear to have benefited his opponents. By the 1900s, the need for a mechanism for the conservation of names was widely accepted, and details of such a mechanism were under discussion. The current system of "modified priority" was essentially put in place at the Cambridge Congress of 1930.[3]

The Principle of Priority is one of the guiding principles of the International Code of Zoological Nomenclature, defined by Article 23. There are exceptions: another name may be given precedence by any provision of the Code or by any ruling of the Commission. It is a fundamental guiding precept that preserves the stability of biological nomenclature. It was first formulated in 1842 by a committee appointed by the British Association to consider the rules of zoological nomenclature; the committee's report was written by Hugh Edwin Strickland.[4]

In botany and horticulture, the principle of priority applies to names at the rank of family and below.[5][6] When moves are made to another genus or from one species to another, the "final epithet" of the name is combined with the new genus name, with any adjustments necessary for Latin grammar, for example: