Portsmouth is a town in Newport County, Rhode Island. The population was 17,389 at the 2010 U.S. Census. Portsmouth is the second-oldest municipality in Rhode Island, after Providence; it was one of the four colonies which merged to form the Colony of Rhode Island and Providence Plantations, the others being Providence, Newport, and Warwick.

According to the United States Census Bureau, the town has a total area of 59.3 square miles (154 km2), of which 23.2 square miles (60 km2) (39.14%) is land and 36.1 square miles (93 km2) (60.86%) is water. Most of its land area lies on Aquidneck Island, which it shares with Middletown and Newport. In addition, Portsmouth encompasses some smaller islands, including Prudence Island, Patience Island, Hope Island and Hog Island. 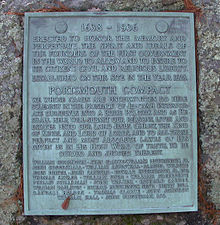 Portsmouth was settled in 1638 by a group of religious dissenters from Massachusetts Bay Colony, including Dr. John Clarke, William Coddington and Anne Hutchinson. It is named after Portsmouth, Hampshire, England. Roger Williams convinced the settlers that they should go there instead of settling in the Province of New Jersey, where they had first planned on going. 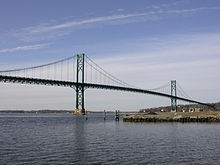 On September 21, 2017, a plaque was unveiled by Roger Williams University at the Baypoint Inn & Conference Center honoring music icons The Beach Boys.[5]

The 1725 schoolhouse owned by the Portsmouth Historical Society is one of the oldest surviving in the U.S.