The Passamaquoddy (Peskotomuhkati or Pestomuhkati in the Passamaquoddy language) are an American Indian/First Nations people who live in northeastern North America, primarily in Maine, United States, and New Brunswick, Canada.

The Passamaquoddy people in Canada have an organized government, but do not have official First Nations status.

The name "Passamaquoddy" is an anglicization of the Passamaquoddy word peskotomuhkati, the prenoun form (prenouns being a linguistic feature of Algonquian languages) of Peskotomuhkat (pestəmohkat), their autonym or name they used for themselves. Peskotomuhkat literally means "pollock-spearer" or "those of the place where pollock are plentiful",[1] reflecting the importance of this fish in their culture.[2] Their method of fishing was spear-fishing rather than angling or using nets. Passamaquoddy Bay is shared by both New Brunswick and Maine; its name was derived by English settlers from the Passamaquoddy people. 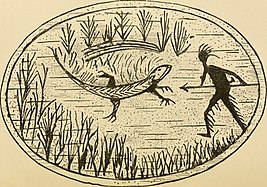 The Passamaquoddy had a purely oral history before the arrival of Europeans. Among the Algonquian-speaking tribes of the loose Wabanaki Confederacy, they occupied coastal regions along the Bay of Fundy, Passamaquoddy Bay, and Gulf of Maine, and along the St. Croix River and its tributaries. They had seasonal patterns of settlement. In the winter, they dispersed and hunted inland. In the summer, they gathered more closely together on the coast and islands, and primarily harvested seafood, including marine mammals, mollusks, crustaceans, and fish.[3]

A Passamquoddy man in the 1500s

Passamaquoddy have also lived on off-reservation trust lands in five Maine counties; these lands total almost four times the size of the reservations proper. They are located in northern and western Somerset County, northern Franklin County, northeastern Hancock County, western Washington County, and several locations in eastern and western Penobscot County. The total land area of these areas is 373.888 km2 (144.359 sq mi). As of the 2000 census, no residents were on these trust lands.

The Passamaquoddy also live in Charlotte County, New Brunswick, Canada, where they have a chief and organized government. They maintain active land claims in Canada, but do not have legal status there as a First Nation. Some Passamaquoddy continue to seek the return of territory now within present-day St. Andrews, New Brunswick, which they claim as Qonasqamkuk, a Passamaquoddy ancestral capital and burial ground. 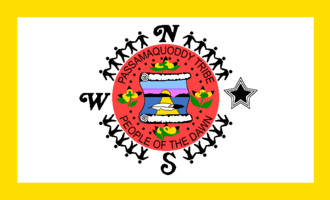 The total Passamaquoddy population is around 3,576 people. About 500 people, most if not all over the age of 50, speak the Malecite-Passamaquoddy language, shared (other than minor differences in dialect) with the neighboring and related Maliseet people. It belongs to the Algonquian branch of the Algic language family. The University of Maine published a comprehensive Passamaquoddy Dictionary in 2008. Another resource for the language is the online Passamaquoddy-Maliseet Language Portal, which includes many videos, subtitled in English and Passamaquoddy, of native speakers conversing in the language. Most of the people speak English as their first language.

While the Passamaquoddy population in Canada is much smaller than that in Maine, it has a formal structure and a chief, Hugh Akagi. Most of its people speak French and English. It is not recognized by the Canadian government as constituting a First Nation. In 2004, Chief Akagi was authorized to represent the Passamaquoddy at events marking the 400th anniversary of French settlement of St Croix Island (the first French effort at permanent settlement in the New World). This indicates that the government had acknowledged the tribe to some extent, and progress is being made in formal recognition.[5] 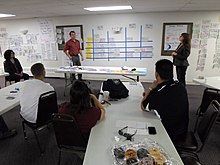 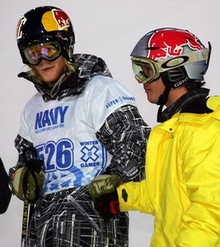 The Passamaquoddy, along with the neighboring Penobscot, are given special political status in the U.S. state of Maine. Both groups are allowed to send a nonvoting representative to the Maine House of Representatives. Although these representatives cannot vote, they may sponsor any legislation regarding American Indian affairs, and may co-sponsor any other legislation.

Maps showing the approximate locations of areas occupied by members of the Wabanaki Confederacy (from north to south):