Advertisement - You can get this game from STEAM
"Overseas territories of France" redirects here. For the Euro-constituency, see Overseas Territories of France (European Parliament constituency).
"Outre-mer" redirects here. For the historical term, see Outremer. For the album by Garage A Trois, see Outre Mer.
Collective grouping of all French-administered territories and collectivities outside Europe

Overseas France (French: France d'outre-mer) consists of all the French-administered territories outside Europe, mostly remains of the French colonial empire. These territories have varying legal status and different levels of autonomy, although all (except those with no permanent inhabitants) have representation in both France's National Assembly and Senate, which together make up the French Parliament. Their citizens have French nationality and vote for the president of France. They have the right to vote in elections to the European Parliament (French citizens living overseas currently vote in the Overseas constituency). Overseas France includes island territories in the Atlantic, Pacific and Indian Oceans, French Guiana on the South American continent, and several periantarctic islands as well as a claim in Antarctica.

Political representation in the French Parliament 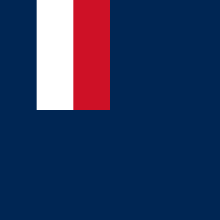 Flag of the Minister of Overseas France

With 2,790,000 inhabitants in 2018, Overseas France accounts for 4.1% of the population of the French Republic.[8] They enjoy a corresponding representation in the two chambers of the French Parliament.

Representation in the National Assembly

The 11 inhabited French overseas territories are:

(Lands generally uninhabited, except by researchers in scientific stations) 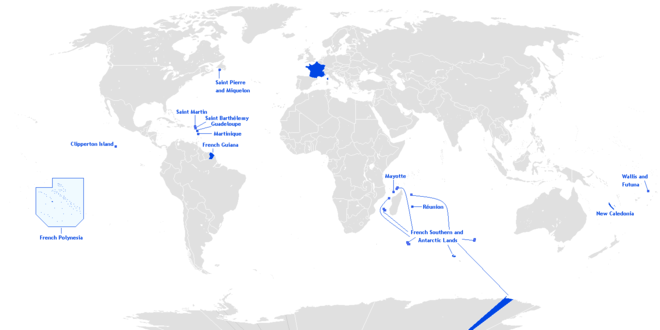 Ranked by population in the urban area: