Ottoman Empire House of Habsburg List of sultans of the Ottoman Empire
This article is about the historical royal family. For the territorial state over which it ruled, see Ottoman Empire. For current members of the House of Osman, see Osmanoğlu family.

The Ottoman dynasty (Turkish: Osmanlı Hanedanı) was made up of the members of the imperial House of Osman (Ottoman Turkish: خاندان آل عثمان‎, romanized: Ḫānedān-ı Āl-i ʿOsmān), also known as the Ottomans (Turkish: Osmanlılar). According to Ottoman tradition, the family originated from the Kayı tribe[nb 1] branch of the Oghuz Turks,[2] under Osman I in northwestern Anatolia in the district of Bilecik Söğüt. The Ottoman dynasty, named after Osman I, ruled the Ottoman Empire from c. 1299 to 1922.

During much of the Empire's history, the sultan was the absolute regent, head of state, and head of government, though much of the power often shifted to other officials such as the Grand Vizier. During the First (1876–78) and Second Constitutional Eras (1908–20) of the late Empire, a shift to constitutional monarchy was enacted, with the Grand Vizier taking on a prime ministerial role as head of government and heading an elected General Assembly.

The imperial family was deposed from power and the sultanate was abolished on 1 November 1922 during the Turkish War of Independence. The Republic of Turkey was declared the following year. The living members of the dynasty were initially sent into exile as persona non-grata, though some have been allowed to return and live as private citizens in Turkey. In its current form, the family is known as the Osmanoğlu family. 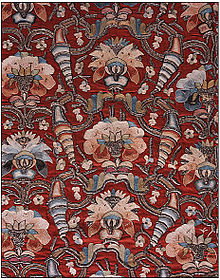 The Ottoman dynasty operated under several basic premises: that the Sultan governed the empire's entire territory, that every male member of the dynastic family was hypothetically eligible to become Sultan, and that only one person at a time could be the Sultan.[3] Such rules were fairly standard for monarchic empires of the time. The certain processes through which men rose to the Sultanate, however, were very specific to the Ottoman Empire. To go into greater detail about these processes, the history of succession between Sultans can be divided into two eras: the period between the reign of Orhan (1323–1362), the first person to inherit the Ottoman sultanate, and the reign of Ahmed I (1603–1617); and the period following Ahmed I's reign.

The succession process during the first period was dominated by violence and intra-familial conflict, in which the various sons of the deceased Sultan fought until only one remained alive and, thus, inherited the throne. This tradition was known as fratricide in the Ottoman Empire, but may have evolved from tanistry, a similar succession procedure that existed in many Turco-Mongolian dynasties predating the Ottomans.[4] Sons of the Sultan were often given provincial territories to govern until the Sultan's death, at which point they would each vie for the throne.[5] Each son had to, according to historian H. Erdem Cipa, "demonstrate that his fortune was superior to the fortunes of his rivals", a demonstration that often took the form of military accomplishment and ruthlessness.[6] This violence was not considered particularly unexpected or unusual. As Cipa has noted, the Ottoman words for "successor" and "conflict" share the same Arabic root,[7] and indeed, all but one of the successions in this roughly 200-year period involved a resolution by combat.[8] Over time, the combat became increasingly prevalent and recognized, especially after a Jannissary uprising negated Murad II's attempt to abdicate the throne peacefully to his son, Mehmed II, in 1444. During the eventual reign of Mehmed II (1451–1481), fratricide was legalized as an official practice; during the reign of Bayezid II (1481–1512), fratricide between Bayezid II's sons occurred before Bayezid II himself died;[9] and after the reign of Murad III (1574–1595), his successor Mehmed III executed 19 relatives in order to claim the throne.[10]

During the second period, the tradition of fratricide was replaced by a simpler and less violent procedure. Starting with the succession from Ahmed I to Mustafa I in 1617, the Ottoman throne was inherited by the eldest male blood relative – not necessarily son – of the Sultan, regardless of how many eligible family members were alive.[11] The change in succession procedure was likely instigated by numerous factors, including fratricide’s decline in popularity among Ottoman elites[12] and Ahmed I’s decision not to kill Mustafa when inheriting the throne from Mehmed III in 1603. With the door opened for a change in policy, a political debate arose between those who supported unrestricted Sultanic privilege and those who supported a stronger, centralized law system that would supersede even the Sultan’s power to an extent. Historian Baki Tezcan has argued that the latter faction – with the help of the influential şeyhülislam Hocasadeddinzade Esad Efendi [tr] – was able to prevail in this instance.[11] The bloodless succession from Ahmed I to Mustafa I in 1617 "provided a reference for the eventual stabilization of the rule of Ottoman succession, the very regulation of which by an outside force was in effect a constitutional check on the dynastic prerogative," Tezcan has written.[13] The precedent set in 1617 stuck, as the eldest living family member successfully inherited the throne in each of the following 21 successions, with relatively few instances of a son inheriting the throne.[14]

See also: List of sultans of the Ottoman Empire

From the fourteenth through the late sixteenth centuries, the Ottomans practiced open succession – something historian Donald Quataert has described as "survival of the fittest, not eldest, son." During their father's lifetime, all adult sons of the reigning sultan obtained provincial governorships. Accompanied and mentored by their mothers, they would gather supporters while ostensibly following a Ghazi ethos. Upon the death of the reigning sultan, his sons would fight amongst themselves until one emerged triumphant. A Prince's proximity to Constantinople improved his chances of succession, simply because he would hear of his father's death and declare himself Sultan first. A Sultan could thus hint at his preferred successor by giving a favourite son a closer governorship. Bayezid II, for instance, had to fight his brother Cem Sultan in the 1480s for the right to rule.

Occasionally, the half-brothers would begin the struggle even before the death of their father. Under Suleiman the Magnificent (1520–1566), strife between his sons Mustafa and Selim caused such internal turmoil that Suleiman ordered the deaths of both Mustafa and another son, Bayezid, leaving Selim the sole heir.

During the reigns of Suleiman and Selim II, the Haseki Sultan (Ottoman Turkish: خاصکى سلطان) or chief consort rose to greater prominence. Gaining power within the Imperial Harem, the favourite was able to manoeuvre to ensure the succession for one of her sons. This led to a short period of effective primogeniture. However, unlike the earlier period, when the sultan had already defeated his brothers and potential rivals for the throne in battle, these sultans had the problem of many half-brothers who could act as the focus for rival factions. Thus, to prevent attempts at seizing the throne, reigning sultans practiced fratricide upon accession, starting with Murat I in 1362.[15] Both Murad III and his son Mehmed III had their half-brothers murdered. The killing of all the new sultan's brothers and half-brothers (which were usually quite numerous) was traditionally done by manual strangling with a silk cord. As the centuries passed, the ritual killing was gradually replaced by lifetime solitary confinement in the "Golden Cage" or kafes, a room in the harem from where the sultan's brothers could never escape, unless perchance they became heir presumptive. Some had already become mentally unstable by the time they were asked to reign.

Mehmed III was the last sultan to have previously held a provincial governorship. Sons now remained within the harem until the death of their father. This not only denied them the ability to form powerful factions capable of usurping their father, but also denied them the opportunity to have children while their father remained alive. Thus, when Mehmet's son came to the throne as Ahmed I, he had no children of his own. Moreover, as a minor, there was no evidence he could have children. This had the potential to create a crisis of succession and led to a gradual end to fratricide. Ahmed had some of his brothers killed, but not Mustafa (later Mustafa I). Similarly, Osman II allowed his half-brothers Murad IV and Ibrahim of the Ottoman Empire to live. This led to a shift in the 17th century from a system of primogeniture to one based on agnatic seniority, in which the eldest male within the dynasty succeeded, also to guarantee adult sultans and prevent both fratricides as well as the sultanate of women. Thus, Mustafa succeeded his brother Ahmed; Suleiman II and Ahmed II succeeded their brother Mehmed IV before being succeeded in turn by Mehmed's son Mustafa II. Agnatic seniority explains why from the 17th century onwards a deceased sultan was rarely succeeded by his own son, but usually by an uncle or brother. It also meant that potential rulers had to wait a long time in the kafes before ascending the throne, hence the old age of certain sultans upon their enthronement.[16] Although attempts were made in the 19th century to replace agnatic seniority with primogeniture, they were unsuccessful, and seniority was retained until the abolition of the sultanate in 1922.[17]

The Ottoman dynasty was expelled from Turkey in 1924 and most members took on the surname Osmanoğlu, meaning "son of Osman."[19] The female members of the dynasty were allowed to return after 1951,[19] and the male members after 1973.[20] Below is a list of people who would have been heirs to the Ottoman throne following the abolition of the sultanate on 1 November 1922.[20] These people have not necessarily made any claim to the throne; for example, Ertuğrul Osman said "Democracy works well in Turkey."[21]

Family tree, showing relationships among the heads of the Ottoman dynasty

Line of succession in November 1922