Nepean (/nəˈpiːən/) is a part of Ottawa, Ontario, located west of Ottawa's inner core. It was an independent city until amalgamated with the Regional Municipality of Ottawa–Carleton in 2001 to become the new city of Ottawa. However, the name "Nepean" continues in common usage in reference to the area. The population of Nepean is about 170,544 people (2016 Census).

Although the neighbouring municipality of Kanata formed the entrepreneurial and high tech centre of the region, Nepean hosted noted industries such as Nortel Networks, JDS Uniphase and Gandalf Technologies. As with the rest of the National Capital Region, however, Nepean's economy was also heavily dependent on federal government employment. Most of Nepean's employed residents commute to downtown Ottawa or Kanata for work.[1]

Nepean's policies of operational and capital budgeting prudence contrasted with the budget philosophies of some other municipalities in the area. Nepean instituted a strict 'pay-as-you-go' budgeting scheme. The city entered amalgamation with a large surplus and a record of tax restraint. However, most big-ticket municipal infrastructure items (transit, garbage collection, sanitary sewers, water, arterial roads, social services) were the responsibility of the Regional Municipality of Ottawa-Carleton. It maintained its own library system from 1954 to amalgamation, its own police force from 1964 until it was regionalized in the 1990s; its own fire service and its own recreation programs. Hydro services were the responsibility of the Hydro-Electric Commission of the City of Nepean (commonly referred to as Nepean Hydro). Education in the City of Nepean was provided by the Carleton Board of Education (later amalgamated with the Ottawa Board of Education to form the Ottawa-Carleton District School Board).

Prior to amalgamation, Nepean's City Council spent many tax dollars aggressively campaigning against what they (and their allies) referred to as the "megacity" model. The central plank of the strategy was to promote a tri-city model, which would have seen the ten municipalities of the Ottawa region reduced to three: one in the west (comprising Nepean, Kanata and the western rural municipalities), one in the east (comprising Gloucester, Cumberland and the eastern rural municipalities) and one in the centre (comprising Ottawa, Vanier and Rockcliffe Park). These efforts were in vain, as the one-city model eventually prevailed. (The one-city model was recommended by Glen Shortliffe, who was appointed by the Government of Ontario to study the issue of municipal reform in Ottawa-Carleton.)

Nepean has a humid continental climate (Köppen Dfb), with warm, humid summers and cold winters. The summers start in early June and end in late September with an average summer high temperature of 27 °C (81 °F). In Nepean, summers have about 220 mm (8.7 in) of rain. There is a 95% chance that all the precipitation comes by thunderstorms in the summer. There is also a small chance of cool, average rainy days in the summertime, especially in June. Nepean is also the Ottawa suburb that has the most hours of sunshine, with an average of 2,100 hours each year. In the winter, Nepean gets about 150–200 cm (59–79 in) of snow yearly with an average temperature of −5 °C (23 °F). Spring starts around late March and lasts until late May, with temperatures of about 10–15 °C (50–59 °F). The springtime has about 165 mm (6.5 in) of rain a year. The average temperature for fall is around 10 °C (50 °F). Autumn is the driest season in Nepean with only 100 mm (3.9 in) of rainfall annually. The gardening zone for this area is 6A.

Nepean Township, originally known as Township D, was established in 1792 and originally included what is now the central area of Ottawa west of the Rideau River. Jehiel Collins, from Vermont, is believed to have been the first person to settle in Nepean Township, on the future site of Bytown. Nepean was incorporated as a city on November 24, 1978. The geographic boundaries of Nepean changed considerably over this time; the original town hall of the township of Nepean was located in Westboro, which was annexed in 1950 by the city of Ottawa. Nepean's centre then moved to the community of Bells Corners. In the 1950 and 1960s, Nepean's urban area began to expand in previous rural areas in such areas as the community of Centrepointe in the east, and the community of Barrhaven in the south.

Nepean was named after Sir Evan Nepean, British Under-Secretary of State for the Home Department from 1782 to 1791.

A Nepean quarry provided the sandstone blocks that were the principal building material used in the Parliament Buildings in downtown Ottawa.

In September 2018, Nepean was one of the regions hit by a powerful storm that spawned six tornados in the Ottawa area, causing widespread damage to the Arlington Woods and Colonnade Road Business Park areas.

Prior to amalgamation, the following communities and neighbourhoods were within the city boundaries:

According to the Canada 2001 Census:

Nepean is an ethnically diverse area, and there is a large Asian population.

Schools in Nepean include:

Ben Franklin Place, located in Centrepointe, was the city hall for Nepean until it became a part of Ottawa. Now, it serves as a government office and client service centre, as well as continuing to be home to a branch of the Ottawa Public Library and the Centrepointe Theatre.

Running north-south, Merivale Road is the retail centre of Nepean, offering many smaller shops as well as big box stores. Colonnade Road Business Park is to the west of Merivale Road and south of Borden Farm, supporting many businesses along its two branches, including some federal offices such as the Public Health Agency of Canada and Canadian Corps of Commissionaires, and an OC Transpo bus depot. The boulevard of Hunt Club West hosts a large auto mall, big box stores, PetSmart, and Costco's Canadian headquarters, as well as a retail location. Further south is the Bentley Avenue industrial park where many independent auto shops are located, and a precast concrete factory. Several petroleum companies have fuel storage facilities in the area.

Nepean Museum located at 16 Rowley Avenue, Nepean Ontario is a museum that collects, preserves, researches, exhibits and interprets the works of man and nature in Nepean.

Nepean This Week is a weekly publication distributed in the Nepean area.

The Ottawa area's CTV affiliate, CJOH-DT, was headquartered on Merivale Road in Nepean. The studio was home to shows such as Graham Kerr's The Galloping Gourmet, and the cult children's classic You Can't Do That on Television. The building was ravaged by a fire on February 7, 2010 and was demolished in 2011.[4][5] The Merivale Road complex is still home to Corus Entertainment's English-language stations CKQB-FM and CJOT-FM.

The following famous people were either born in, raised in, or consider Nepean their home town: 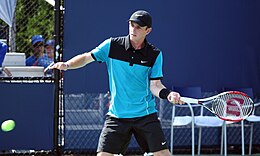