Harpsichord Enlarge Metropolitan Museum of Art
This article is about a museum in the United States. For other museums, see Musical Instrument Museum.

The National Music Museum: America's Shrine to Music & Center for Study of the History of Musical Instruments (NMM) is a musical instrument museum in Vermillion, South Dakota, United States. It was founded in 1973 on the campus of the University of South Dakota. The NMM is recognized as "A Landmark of American Music" by the National Music Council.

The NMM's renowned collections, which include more than 15,000 American, European, and non-Western instruments from all cultures and historical periods, are among the world's most inclusive. They include many of the earliest, best preserved, and historically most important instruments known to survive. The quality and scope of the NMM has earned it international recognition.

The museum is closed to the public until late 2021, due to an extensive renovation and expansion project. The museum's current director is Matt Collinsworth. 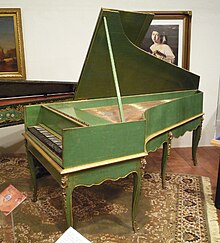 The NMM was founded as a partnership between The University of South Dakota, which provides staff and facilities for preservation, teaching, and research, and the Board of Trustees of the NMM, a non-profit, 501(c)(3) corporation that is responsible for acquisitions, public exhibiting, and programming. The NMM was established around the private musical-instrument collection, numbering approximately 2500 instruments, of Arne B. Larson. Larson's son, Dr. André P. Larson, was the founding director of the museum until his retirement in 2011. The second (and current) director is Dr. Cleveland Johnson.

The NMM is housed in a building (originally the University's library, built in 1910 with a grant from Andrew Carnegie's library building program). The Concert Hall has superb acoustics and provides a perfect setting for performing and recording music played on original instruments of various historical periods and cultural milieu. There is a specialized library, extensive study-storage areas, and a laboratory for the conservation and restoration of the instruments. There are violin-making tools and Baroque fittings, early harpsichord and fortepiano tuning hammers, and 1,000 brass instrument mouthpieces from virtually every turn-of-the-century manufacturer.

It also has rich holdings of related objects and archival materials, such as the unequaled Salabue-Fiorini-De Wit-Hermann-Witten-Rawlins Collection of 650 violin makers' labels. The American musical instrument manufacturers archives is the largest of its kind. Scholars from around the world make frequent use of the NMM's collections and facilities, providing an important opportunity for students to meet and work with individuals on the latest scholarship on musical research. 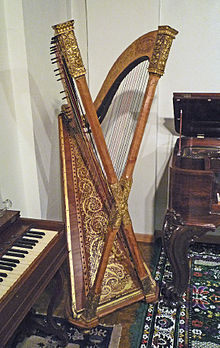 The NMM is the only place in the world where one can find two 18th-century grand pianos with the specific type of action conceived by the piano's inventor, Bartolomeo Cristofori. One of these built in 1767 by Manuel Antunes of Lisbon, is the earliest signed and dated piano by a maker native to Portugal; the other, built by Louis Bas in Villeneuve-lès-Avignon in 1781, is the earliest extant French grand piano.

A group of 500 instruments made in the late 19th and early 20th centuries by the C.G. Conn Company of Elkhart, Indiana, is a resource unparalleled anywhere for historical research about a major American industry and the American band movement.

The NMM's holdings of 17th- and 18th-century Dutch woodwind instruments by such makers as Richard Haka (represented here by a soprano recorder made ca. 1690), Hendrik Richters, Philip Borkens, and Abraham van Aardenberg is unique outside of the Netherlands.

The Witten-Rawlins Collection of early Italian stringed instruments crafted by Andrea Guarneri, Antonio Stradivari, three generations of the Amati family, and others by far surpasses any in Italy. Included are two 17th-century Cremonese stringed instruments preserved in unaltered condition. Additionally, the NMM preserves one of four Stradivari guitars to be seen in a museum setting, and one of only two Stradivari mandolins known to survive.

The sum of these groups of American, Dutch, German, and Italian instruments is to be found nowhere else.

The 1996 addition of the Rosario Mazzeo (Carmel, California) and the Bill Maynard (Massapequa, New York) Clarinet Collections make the NMM the preeminent center for studying the clarinet.

The 1999 addition of the Joe & Joella Utley (Spartanburg, South Carolina) Collection and the establishment of the Utley Institute for Brass Studies makes the NMM the preeminent center for studying the history of brass instruments.

The Alan Bates Harmonica Collection and Archives (Wilmington, Delaware), received as a gift in 2000, is second in size and importance only to the Harmonika Museum in Trossingen, Germany.

In April 2007, the Museum outbid New York's Metropolitan Museum of Art at a Christie's auction in acquiring a rare English cittern dating from the late 16th century, "This instrument is extremely rare, probably the only English cittern from the Renaissance known to survive," Museum Director Andre Larson said. "We already have an Italian cittern from the same period, but it's one of two or three that have survived."