Minister of the Interior (Iceland) 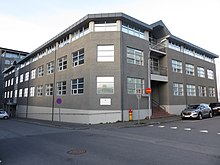 The Ministry of the Interior was created on 1 January 2011 as the result of the merger of two ministries, those of Justice and Human Rights and Transport, Communications and Local Government.[1]