Millicom International Cellular SA is an international telecommunications and media company, founded by Shelby Bryan, Jan Stenbeck, Telma Sosa, and Olvin Galdamez. It offers telecommunications services to more than 51 million customers primarily under the Tigo brand in eleven countries in Africa and Latin America. Tigo comes from contigo in Spanish, which means "with you".

Millicom was one of the earliest pioneers of mass consumer mobile telephony and was formed in 1990 when Millicom Incorporated merged with the Swedish investment company Investment AB Kinnevik. Since then, the firm has seen annual revenue grow to $6.02 billion, driven mainly by mobile phone services and, increasingly, by data, with a large portfolio of cable, satellite, broadband, B2B, Mobile Financial Services and other media.

The same year, Millicom announced a new business strategy around monetising data and building cable,[3] with the stated ambition to become the second largest pay-TV operator in Spanish-speaking Latin America. Millicom's cable footprint grew in 2015 to 7.6 million homes passed and exceeded nine million by the end of 2017.

The company's Mobile Financial Services account for more than 40 percent of the total number of active mobile money subscribers in Latin America. In Africa, Millicom set up the continent's first ever universal interoperable mobile money network through its Tigo Pesa brand in Tanzania that includes Airtel, Zantel and Vodacom. Tanzania is considered to be a world leader in terms of mobile money customization.

Millicom employs 18,802 people, has corporate offices in London, Miami and Luxembourg, and is listed on NASDAQ OMX Stockholm under the symbol MIC_SDB. 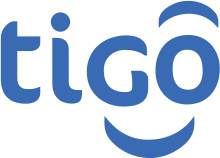 Millicom originated as a company set up by Jan Stenbeck to operate voice and data distribution networks via cellular radio.[4][5] In Raleigh-Durham, North Carolina[6] it received one of three of the first cellular development licenses awarded by the FCC.

After two years of planning, the company began operations when the founders completed a $131,000 share purchase in May 1982. The firm took over paging company Meta Systems in October 1982 and then raised $9 million in its first round of financing, managed by Chief Executive Officer, Orhan Sadik-Khan and Kevin Kimberlin.[7][8]

Since 92% of the world population had no phone service at the time, Millicom promoted mobile technology on a global basis.[9] To do this, Millicom created joint-ventures with local and strategic partners.

On 13 December 1982, a joint-venture with Racal Electronics was awarded a cellular license for the United Kingdom. To enable Millicom to earn its 10% royalty from Racal-Millicom, a controlling shareholder, Stenbeck commissioned a startup with two employees, Technophone, to develop the world's first pocket-sized mobile phone.[10] Highlighting its plans to offer the Voice and Data phone (predecessor to the smartphone), his Racal-Millicom joint-venture was renamed Vodafone.[11]

On 12 October 1983, Millicom Inc. created China Telecom Systems (HK), a joint-venture with partners China Resources Ltd. and Comvik, a Swedish mobile firm also controlled by Jan Stenbeck.[12] China Telecom (not to be confused with the current state-owned company founded in 2002) held the first cellular telephone contract in China, making its service available to the public on 20 May 1985.[13]

In December 1989, Millicom set up Microtel Communications Ltd. by teaming up with Pacific Telesis and British Aerospace (later bought out by Hutchinson Telecom.)[14] Microtel was awarded a personal communication network (PCN) license to compete with Vodafone in the United Kingdom, a service launched on 28 April 1994 under its brand name, Orange.[15] This venture was acquired in October 1999, at which time Orange and its new parent, Mannesmann, were in turn both taken over by Vodafone. At a value of $202 billion,[16] the takeover of Mannesmann by Vodafone was the largest transaction in corporate history.[17][18] Orange (formerly Microtel) was then sold to France Telecom, which subsequently changed its corporate name to Orange.[19][20]

To better manage their respective mobile interests, Millicom Inc. combined with Comvik's international cellular operations to become Millicom International Cellular SA in 1990, which now operates under the laws of the Grand Duchy of Luxembourg.[21]

Tigo launched in 2004 and is now the largest mobile operator with 3.8 million subscribers from a population of 6.7 million (World Bank 2012). Tigo Home has become market leader for pay TV and fixed broadband services since its launch in 2014, alongside Millicom's first DTH satellite service. Tigo's mobile market share is 56.4 percent. Other key services and products fall under the Tigo Business brand and under Tigo Sports and Tigo Money. Millicom equity holding is 100 percent.

Launched in 1994 as a Pay TV Channel and Digital sports content provider, this was the first sports media launched in all operations in Millicom. Originally known as Teledeportes Paraguay, a sports producing company that evolved into broadcast of events and programs 24/7. Its headquarters named "Tigo Sports Media House" is based in Fernando de la Mora and is among the best equipped studios in the region with 2 studios of 400 sq mts. Tigo Sports owns its own fleet of OB Vans and has over 150 employees.

Other international sports rights that were part of the grid included:

Launched in 1992 as a pay-per-view channel

Launched in January 1995 as a 24-hour variety Pay TV channel.

Unicanal was a 24-hour Pay TV cable purchased in October 2012 by the merger with Cablevision Paraguay (property of Grupo Clarin Argentina). It began operations on 15 December 1989, when it started broadcasting at 5:45 AM. During its time as propriety of Tigo Paraguay, genres included in the grid included News, Entertainment, Realities, Health, Magazines, alternating between local content and argentinian content provided by El Trece Argentina (also part of Grupo Clarin) In February 2014, local soccer broadcast was translated from Unicanal to Tigo's new Pay TV cable, Tigo Sports, dedicated to sports 24/7. In February 2015, Tigo sold the operations of Unicanal to JBB Group, a company owner of Radio Disney, specialized in media, entertainment, distribution and in real estate.

Tigo operates in Nicaragua - formed from the merger of Navega & Amnet in 2013 and compete with three other corporate network operators that combine mobile voice, 3G, 4G Networks and cable broadband.

At may 2020, the acquisition of Movistar operations in the central american country was completed, becoming the second largest mobile carrier in the country under the name of Tigo Nicaragua[citation needed].

TigoStar is the country's leading pay TV operator with more than 30 years of service under different brand names dating back to Millicom's acquisition of Amnet in 2008.

Tigo Colombia launched in 2006 and is Colombia's third largest mobile service provider with more than seven million customers. Its services include Tigo Money and UNE internet and broadband, with significant further market penetration anticipated in 2014 following a Merger Framework Agreement signed in 2013 with UNE EPM Telecomunicaciones, of the Empresas Publicas de Medellin group. Millicom also has a growing portfolio online in retail and services. Equity holding is 50 percent plus one share.

Tigo purchased 80% of Cable Onda, a Panamanian cable TV provider and ISP for US$1460 Million, in October 2018. [23] In February 2019 Tigo announced the purchase of the Panamanian, Costa Rican and Nicaraguan operations of the Spanish company Telefónica for US$650 Million, US$570 Million, and US$430 Million respectively,[24] totaling US$1650 Million,[25] with Tigo planning to phase out the Movistar brand (operated by Telefonica) from those markets within a year after its purchase.[26] The transaction was completed in August the same year.[27]

Tigo launched in 2005[28] and is now the country's leading mobile service provider with 2.65 million customers from a population of 12.4 million (World Bank 2014). While mobile penetration is estimated at 40.2 percent (Millicom 2014), Mobile Financial Services have launched strongly. Tigo's mobile market share of the market is estimated at 53.8 percent. Millicom equity holding is 100 percent.

On 27 June 2019 it was announced that Tigo's operations in Chad were purchased by Maroc Telecom.

Democratic Republic of the Congo

Tigo DRC launched in 2007 and is the country's second-largest mobile service provider. In Q1 2014 it reported more than four million customers.[29] In 2013 it returned to the troubled eastern Kivu region, and is expanding further into neighbouring Katanga province. Tigo Cash Mobile Financial Services were launched in 2012. Mobile penetration DRC is estimated at 49.1 percent.[30] Tigo DRC holds 30.4 percent of market share. Millicom equity holding is 100 percent.

On 8 February 2016 it was announced that Orange were acquiring Tigo DRC subject to regulatory approval.

In March 2017 it was announced that Millicom and Airtel had signed an agreement to combine operations in Ghana subject to regulatory approval.

In December 2017 it was announced that Millicom and Airtel had signed an agreement to combine operations in Rwanda subject to regulatory approval.

Tigo Senegal launched in 2006 and is the second largest mobile service provider, with 3.2 million customers (population 13.7 million – WB 2014). Mobile penetration is estimated at 73.1 percent with Tigo's mobile market share placed at 31.3 percent (Q2 2014). Heavy investment through 2013/2014 has led to expanded and improved networks and the licence granted in 2014 to pilot 4G technology. Millicom has presence in online and mobile financial services. Millicom equity holding is 100 percent.

In February 2017 it was announced that Wari Group were acquiring Tigo Senegal subject to regulatory approval.

Tigo Tanzania is Tanzania's second largest mobile services provider, with more than 11 million customers. More than 46 percent of tigo Tanzania customers use MFS. Tigo Tanzania was also the first service provider in East Africa to offer free Facebook data downloading. Its mobile market share is placed at 29.8 percent (Q2 2014). Mobile penetration in Tanzania is estimated to be 47.3 percent. In 2015, Millicom completed the acquisition of an 85% stake in Zanzibar Telecom (Zantel).[35]