Advertisement - You can get this game from STEAM
Not to be confused with Metropolitan City of Milan. 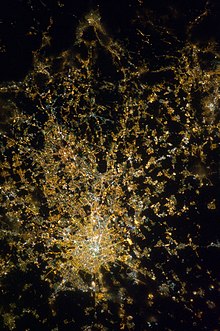 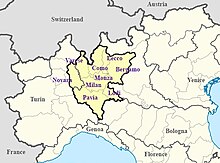 Milan metropolitan area within northern Italy, as identified by OECD.

Given the absence of an official statistical definition for the metropolitan area of Milan, tracing precise boundaries is a somewhat slippery issue. However, during the last decade, a number of studies have been carried out on the subject by some authoritative institutions and scholars, notably the Organisation for Economic Co-operation and Development and numerous Italian sources that build a definition based on commuting fluxes and on the concentration of commercial, leisure and public utility services. A broad consensus exists upon a definition that includes the central Lombard provinces of Milan, Bergamo, Como, Lecco, Lodi, Monza and Brianza, Pavia, Varese and the Piedmontese Province of Novara, while some scholars include also the Province of Cremona and Brescia in Lombardy, the Piemontese Province of Alessandria and the Emilian Province of Piacenza. The overall population under the narrowest definition is about 9 million over an area of about 13,000 km2 (5,000 sq mi).[1][2][3][4]

The following is a list of the twenty largest cities in the Milan metropolitan area as ranked by population.