Metropolitan United Church is a historic Neo-Gothic style church in downtown Toronto, Ontario, Canada. It is one of the largest and most prominent churches of the United Church of Canada. It is located at 56 Queen Street East, between Bond and Church streets, in Toronto's Garden District.

The congregation, originally Methodist, was founded in 1818.[1] It was initially housed in a small chapel on King Street West (now the site of Commerce Court North). In 1833, a larger structure was completed on Adelaide Street. It moved to its present location in 1872, when the building was dedicated as the Metropolitan Wesleyan Methodist Church.

In 1925, the Methodist Church of Canada merged with the Presbyterians and Congregationalists to form the United Church of Canada. Metropolitan then acquired its current name. The first General Council of the United Church was held there in 1925. The church was mostly destroyed by a fire in 1928, but it was rebuilt in 1929 (keeping the same design) with the help of the Methodist Massey family, of Massey Ferguson fame. In 1930, Casavant Frères installed the largest pipe organ in Canada in the newly refurbished building. The church is also known for its 54 bell carillon that is regularly heard throughout the neighbourhood.

Today, the church is known for its progressiveness. It has long played an important role in Toronto's Gay and Lesbian community that is centred just to the north at Church and Wellesley. The church also offers a wide array of services for the poor and homeless.

View of the church's altar from the sanctuary[note 1]

Designed by Henry Langley, who was to draw "the ubiquitous cloak of decorous gothicism over the face of Ontario in the 1870s",[2] the church became known as

the "cathedral of Methodism...a monument to ... energy, magnetism and culture....No church in Toronto has such great advantages of position....The handsome grounds of this church form one of the finest spaces in this city....The entire building is of white brick, with abundant cut stone dressing. It is a modernized form of the French thirteenth century Gothic, with nave, transepts and choir.[3]

The church's ecclesiastical neighbours are St. Michael's Cathedral Basilica and the Cathedral Church of St. James, and the trio of similarly designed churches are a striking Christian witness adjacent to Canada's financial hub. The church's website describes the building in customary evangelical Protestant terms, regarding the nave rather than the altar ("communion table") area as its "sanctuary".

A very important part of the church is the carillon. A traditional carillon is a set of 23 or more bells which are played from a mechanical keyboard. The collection of bells at the Metropolitan United Church has been growing since April 2, 1922, when Chester D. Massey dedicated 23 bells in memory of his wife. These original 23 bells, cast by Gillett & Johnston in Croydon, England, are inscribed with the message "May the spirit of the Lord reach the heart of every one where the sound of these bells is heard." In 1960, Charles W. Drury and his wife donated twelve smaller bells, and by 1971, the collection was brought to a total of 54 bells.

The church's tower houses a carillon

When the church was first built in 1872, it was designed to accommodate a future carillon. The tower was designed to support the addition of bells and their immense weight (over forty four thousand pounds), by having seven-foot thick walls at the base which taper as they go up. At the top of the tower is a bell chamber open to the outside through which the carillon music can be heard.[4] The church also had Canada’s largest pipe organ installed in 1930 following the fire which destroyed the previous organ. This instrument plays an important part in leading the church choir and ceremony every week. When it was first installed, there was a weekly recital which was widely known in the neighbourhood, and which received a great deal of recognition in the local papers. These two instruments, the organ and carillon, are an important part of the church’s image and are enjoyed wherever they are heard and especially by the patients of the St. Michael's Hospital. 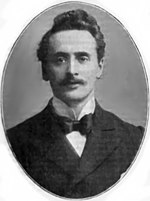