Meridian was one of three electricity companies formed from the break-up of the Electricity Corporation of New Zealand (ECNZ) in 1998–99, taking over the Waitaki River and the Manapouri hydro schemes. Originally a state-owned enterprise wholly owned by the New Zealand Government, the company was partially privatised in October 2013 by the Fifth National Government, with the government retaining a 51.02% shareholding.

Today, Meridian operates seven hydroelectric power stations and one wind farm in the South Island of New Zealand, four wind farms in the North Island, and two wind farms in southern Australia – one in South Australia and one in Victoria. It is one of three major electricity generators to only generate electricity from renewable sources (the others being Trustpower and Mercury Energy), and the only electricity generator in New Zealand to commit itself to only generate electricity from renewable sources. Despite this commitment, Meridian Energy was found to have pushed up power prices in December 2019 by unnecessarily spilling water from its south island dams that could have been used for generation, according to a preliminary ruling from New Zealand’s Electricity Authority.[5]

Meridian originated from the break-up of the Electricity Corporation of New Zealand (ECNZ) in 1999 as a result of the reforms of the New Zealand Electricity Market. Meridian's share of ECNZ was corporatised as a state-owned enterprise with its own board of directors and with two Ministerial shareholders: the Minister of Finance and the Minister of State-Owned Enterprises. In 2013 it was partially privatised by the fifth National Government of New Zealand.[6]

As part of reforms, local electricity companies were split into lines and retail and the retail portion sold off. Meridian initially acquired the retail base of Northpower, Centralines, Scanpower, and Network Waitaki, and later acquired Orion's retail base from NGC. 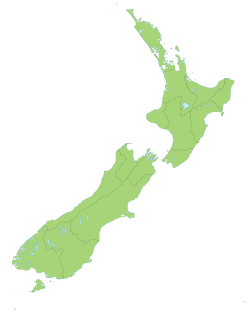 Meridian Energy owns and operates seven hydroelectric power stations in the South Island – six on the Waitaki River and at Manapouri. It also owns and operates seven wind farms in New Zealand and Australia, and a single turbine in Brooklyn, Wellington. In total, Meridian has a total installed capacity of 2,754 MW in New Zealand and 201 MW overseas.

Projects being developed by Meridian Energy include the following.[15]

In 2006, Greenpeace judged Meridian as the only "green" electricity company in New Zealand.[24] In 2007, Meridian announced that it had received CarboNZero certification from Landcare Research confirming that the generation and retailing of its electricity was carbon neutral.[25][26]

In June 2008, National's Climate Change spokesman Nick Smith complained to the Commerce Commission that Meridian's claim of carbon neutrality in its advertising was misleading as Smith considered that Meridian had to buy thermally generated power during dry years to supply its customers. A spokesman for Meridian said they stood by the validity of the certification of their carbon-neutral status.[27] In July 2009, the Commerce Commission concluded that Meridian's statements of carbon neutrality were not misleading.[28]

In 2015 Meridian began converting its business fleet to electric vehicles in an effort to reduce carbon emissions.[29] In early 2019 Meridian joined the EV100 initiative, it has committed to its light passenger vehicle business fleet becoming 100% electric by 2030.[30] In August 2019 the company won the Deloitte Energy Award for a Low Carbon Initiative for its work on electric business fleet conversion.[31]

Meridian Energy are National Partners of the Department of Conservation Kākāpō Recovery Programme since 2016. Kākāpō are an endangered New Zealand native parrot. The involvement helps fund research and initiatives relating to genetics, nutrition, disease management and finding new sites.[32] Meridian staff are also involved through providing electrical support and volunteers to the remote pest-free islands the kākāpō are surviving on.

In 1990 Meridian established Project River Recovery,[33] recognising the impacts of hydroelectric development from the 1930s to the 1980s on the Waitaki's braided rivers and wetlands.[34] Project River Recovery's work is run by the New Zealand Department of Conservation and includes intensive weed control, predator control, construction of wetlands, and research and monitoring programmes. When Tekapo A and Tekapo B were sold to Genesis Energy in 2011, the electricity company joined the compensatory funding agreement.[35]

In 1996 the Waiau Fisheries and Wildlife Enhancement Trust was formed to mitigate and improve the Waiau River from impacts by the Manapouri Hydro Station. The trust was established in partnership with the Waiau Working Party and ECNZ (now Meridian Energy Limited).[36] The area covered is from Te Wae Wae Bay in the south to Lake Te Anau in the north. The work focuses on enhancing wetlands, waterways and riparian plantings.

Wellington, New Zealand's capital city, is well known for wind and the Meridian Energy Wind Sculpture walkway celebrates this. In 2007 the four sculptures won Best Public Art [37] and the final piece was opened in May 2010.[38] The five sculptures are the 'Zephyrometer' by Phil Price, 'Urban Forest' by Leon van den Eijkel (in collaboration with Allan Brown), 'Akau Tangi' by Phil Dadson, 'Tower of Light' by Andrew Drummond and 'Pacific Grass' by Kon Dimopoulos. The sculptures are managed by the Wellington Sculpture Trust [39]

In 2013 Meridian became the principle partner of the KidsCan Charity.[40] In April 2019 the company committed to a further three years of support, helping provide lunches, raincoats, shoes and warm clothing to kids in need.[41]

Meridian supports communities near its generation assets through the Power Up fund.[42] This includes promoting conservation, community and educational efforts in seven communities around New Zealand.