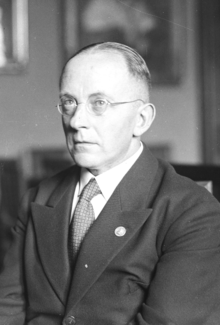 Born to German parents in Saint Petersburg, Vasmer graduated from Saint Petersburg University in 1907. From 1910, he delivered lectures there as a professor. During the Russian Civil War of 1917–1922, he worked in the Universities of Saratov and of Dorpat (Tartu). In 1921, he settled in Leipzig, but in 1925 moved to Berlin. In 1938–1939, he delivered lectures at Columbia University in New York City. It was there that he started to work on his magnum opus, the Etymological dictionary of the Russian language. He delivered the eulogy for Professor Aleksander Brückner in Berlin-Wilmersdorf in 1939 and he took over the chair of Slavistic studies at the University of Berlin.

In 1944, the bombing of Vasmer's house in Berlin destroyed most of his materials. Nevertheless, Vasmer persevered in his work, which was finally published in three volumes by Heidelberg University in 1950–1958 as Russisches Etymologisches Wörterbuch. Vasmer died in West Berlin on November 30, 1962.

The Russian translation of Vasmer's dictionary – with extensive commentaries by Oleg Trubachyov – was printed in 1964–1973. As of 2015[update], it remains the most authoritative source for Slavic etymology. The Russian version is available on Sergei Starostin's Tower of Babel web site.

Another monumental work led by Max Vasmer involved the compilation of a multi-volume dictionary of Russian names of rivers and other bodies of water.[1] He initiated an even grander project, completed by a team of workers after his death: the publication of a monumental (11 volumes) gazetteer that included virtually all names of populated places in Russia found both in pre-revolutionary and in Soviet sources.[2]