This is a list of diplomatic missions in Barbados. The capital city of Bridgetown and its immediate environs hosts 10 high commissions or embassies, a Delegation of the European Commission, and an Eastern Caribbean mission of the United Nations. Several other countries have honorary consuls to provide emergency services to their citizens. 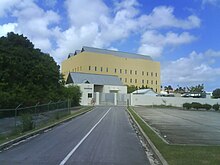 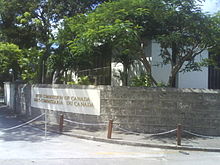 High Commission of Canada in Bridgetown

Resident in Port-of-Spain, Trinidad and Tobago: