Chrystia Freeland is the 10th and current deputy prime minister of Canada, assuming the role on November 20, 2019. She serves concurrently as the minister of finance, and was the minister of foreign affairs before Prime Minister Justin Trudeau elevated her to the position following the 2019 federal election.[5] The post was vacant from 2006 to 2019.

The position of deputy prime minister was created by Pierre Trudeau in 1977, largely to recognize the long years of service of Allan J. MacEachen.[6] Before then, Trudeau had given the title of senior minister to a member of his cabinet.[6] The last to occupy that position was Paul Hellyer.[6]

Harper gave special status in the line of authority to members of his cabinet: under an order-in-council issued on February 6, 2006—the day Harper was appointed prime minister—when "the prime minister is unable to perform the functions of his office", Lawrence Cannon, then Jim Prentice, then the balance of the Cabinet by order of precedence, were "authorized to act for the prime minister".[9] This order was followed by a number of others updating the list; in each case, the status as the top person on that list was accorded to the vice-chair of the cabinet's Priorities and Planning Committee.[10] Previous prime ministers have had similar orders-in-council, under which the deputy prime minister and then the balance of the Cabinet, in order of precedence, have been authorized to act for the prime minister. Media analysts generally credited the top person on these lists as being the de facto deputy prime minister,[10] although the title was never conferred. These "order of precedence" lists have no status as a formal line of succession, however, and would carry no special weight in determining who would take over as the new prime minister if an incumbent died in office or was forced to suddenly resign in advance of a leadership convention.

Cannon seconded the pro forma bill to start the first session of the 39th Canadian Parliament; the bill is introduced before the House takes the Speech from the Throne under consideration to maintain the right of the House to consider matters other than those directed to it by the crown. Traditionally, either the deputy prime minister or government house leader seconds this bill.[11]

Similarly, no deputy prime minister had initially been named in the cabinet of incumbent Prime Minister Justin Trudeau. Ralph Goodale was deputy leader of the Liberal Party and had been ranked first in the "order of precedence" in the cabinet, and an order in council designated him as first in line to assume the prime minister's duties in the event Trudeau ever became incapacitated.[12] However, media analysts focused on Dominic Leblanc, who despite having been lower in the official order of precedence served on numerous cabinet committees and as the government's liaison with the Senate, as being the "de facto deputy prime minister".[13]

Following the 2019 federal election, which saw the Liberals returned to power in a minority government but being shut out of the western provinces of Alberta and Saskatchewan, Goodale was defeated in the Saskatchewan riding of Regina—Wascana,[14] while Leblanc was reelected in his New Brunswick riding of Beauséjour[15] but on medical leave due to recovery from cancer treatment.[16] The Liberals were pressed to respond to concerns about lack of representation in cabinet from the prairie provinces potentially driving sentiments of western alienation.[8][17] On November 20, 2019, Trudeau appointed Chrystia Freeland, who represents the Toronto riding of University—Rosedale in Parliament but was born in Peace River, Alberta and grew up in Alberta, as the deputy prime minister.[8]

One deputy prime minister, Sheila Copps, attracted controversy in 1993 after asserting that she was "in charge" of government business while the then prime minister, Jean Chrétien, was out of the country. After she left politics, she wrote that although the position of deputy prime minister is only ceremonial, "very often, the DPM's job was to protect the prime minister from the political damage that Question Period can inflict on a leader", further citing the experience of Erik Nielsen during the Sinclair Stevens scandal.[18]

In the provinces of Canada, the deputy premier also does not automatically succeed to the office of premier in the event of a sudden resignation or death. Unlike at the federal level, however, there have been instances where the governing party recommended that the deputy premier serve as premier on an interim basis until a permanent successor was chosen—most notably, Dan Miller ascended from the deputy premiership to the premiership of British Columbia in 1999, following the resignation of Glen Clark, and Kathy Dunderdale ascended from the deputy premiership to the premiership of Newfoundland and Labrador in 2010, following the resignation of Danny Williams. Miller served only as an interim premier for just six months until the party selected Ujjal Dosanjh as the new leader and premier in a leadership convention, while Dunderdale won the permanent leadership of her party and served four years as premier before retiring voluntarily in 2014.

Extended notice is usually given when a sitting prime minister does not plan to lead his/her party into another election. Leadership contests to determine the successor to a prime minister are usually held during the final days of the incumbent's term, and are traditionally a lengthy and competitive process. In almost all cases, the outgoing prime minister hands over power directly to their designated successor, without any interim prime minister. By contrast, during leadership contests for the official opposition party, the leader of the opposition has often (though not always) been occupied by an interim parliamentary leader. The opposition party's deputy leader (assuming that post is occupied) is often chosen for this role unless they plan to run in the leadership election, in which case someone else would be chosen since it would be considered harmful to the election process if the interim leader was to be one of the candidates.

Legally speaking, any interim prime minister appointed by the governor general would not merely be acting on behalf of the prime minister, but would have the full powers and prerogatives of any other prime minister.

In the 2003 Liberal leadership convention the then former and then current deputy prime ministers, Sheila Copps and John Manley (also the finance minister), respectively, were candidates, but neither were successful in their bids, losing to Paul Martin. Copps and Manley did not run for re-election to the House of Commons in 2004, and neither contested the Liberal leadership in 2006 that was triggered when Martin resigned.

Aside from Chrétien, the only deputy prime minister to even become leader of their party (not counting Erik Nielsen and Herb Gray, who acted as leaders of their respective parties, but only on a temporary basis, and before their time as deputy prime minister) was Jean Charest, who took over as leader of the Progressive Conservative party following its defeat at the 1993 election, which saw party leader Kim Campbell defeated in her riding. However, the Progressive Conservatives would never form a government again, and Charest left the party leadership (and federal politics) in 1998. Charest later became premier of Quebec, the only deputy prime minister to become first minister of a province or territory. 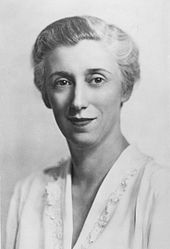 Ellen Fairclough served as acting prime minister from February 19 to 20, 1958, in the absence of John Diefenbaker.

Due to the routine and relatively minor nature of the role, few to no research sources exist to provide a complete list of everyone who was ever named as acting prime minister. However, John Diefenbaker's selection of Ellen Fairclough as acting prime minister on February 19 and 20, 1958, is historically noteworthy as Fairclough was the first woman ever designated.[21]