Bavaria Romania Passau
This article is about the city in Bavaria. For other uses, see Landshut (disambiguation).
For the city known in German as "Landeshut", see Kamienna Góra.
Place in Bavaria, Germany

Landshut (German: [ˈlantshuːt];[2] Bavarian: Landshuad) is a town in Bavaria in the south-east of Germany. Situated on the banks of the River Isar, Landshut is the capital of Lower Bavaria, one of the seven administrative regions of the Free State of Bavaria. It is also the seat of the surrounding district, and has a population of more than 70,000. Landshut is the largest city in Lower Bavaria, followed by Passau and Straubing, and Eastern Bavaria's second biggest city.

Owing to its characteristic coat of arms, the town is also often called "City of the three Helmets" (German: Dreihelmenstadt). Furthermore, the town is popularly known for the Landshuter Hochzeit (Landshut Wedding), a full-tilt medieval festival.

Due to its proximity and easy access to Munich and the Franz Josef Strauss International Airport, Landshut became a powerful and future-oriented investment area. The town is one of the richest industrialized towns in Bavaria and has East Bavaria's lowest unemployment rate.

Landshut lies in the centre of Lower Bavaria, and is part of the Alpine foothills. The River Isar runs through the city centre. Landshut is about 72 kilometres (45 mi) northeast of Munich.

The city of Landshut and Trausnitz castle were founded in 1204 by Duke Louis I. Landshut was already a Wittelsbach residence by 1231, and in 1255, when the duchy of Bavaria was split in two, Landshut also became the capital of Lower Bavaria. Duke Henry XVI was the first of the three famous rich dukes who ruled Bayern-Landshut in the 15th century. The wedding of Duke George with the Polish Princess Royal Jadwiga Jagiellon in 1475 was celebrated in Landshut with one of the most splendid festivals of the Middle Ages (called "Landshuter Hochzeit"). After his death and the Landshut War of Succession, Bavaria-Landshut was reunited with Bavaria-Munich.

Louis X, Duke of Bavaria built the Landshut Residence 1537–1543 after his visit to Italy. Louis built the first Renaissance palace constructed north of the Alps after the Palazzo Te in Mantua. William V, Duke of Bavaria ordered to upgrade Trausnitz Castle from a gothic fortification into a renaissance complex when he lived in Landshut as crown prince for ten years until 1579. Afterwards Landshut lost most of its importance until the University of Ingolstadt was moved to Landshut in 1800. But already in 1826 the university was transferred to Munich.

In 1634, during the Thirty Years' War, the city was taken and plundered by Swedish forces under the command of Bernard of Saxe-Weimar.[3]

Napoleon fought and won the Battle of Landshut in 1809 against an Austrian army as part of the War of the Fifth Coalition.

During World War II, a subcamp of Dachau concentration camp was located in the city to provide slave labour for local industry.

The U.S. Army maintained facilities in Landshut, including Pinder Kaserne and a dependent housing area, until 1968.

Since the opening of Munich Airport close to Landshut in 1992, the town has become an attractive business location.

A panoramic view of Landshut

The town is of national importance because of its predominantly Gothic architecture within the historic town centre, especially Trausnitz Castle and the Church of Saint Martin featuring the world's tallest brick tower. Among other Gothic architecture are the churches of St. Jodok and Holy Spirit, but also the Town Hall and the Ländtor, the only still existing gate of the medieval fortification.

Landshut is also known for a festival celebrated every four years called the Landshuter Hochzeit, commemorating the 1475 marriage of George of Bavaria and Jadwiga Jagiellon.

The renaissance era produced in particular the decorated inner courtyard of the Trausnitz Castle and the ducal Landshut Residence in the inner town. Baroque churches are represented by the Jesuit church St. Ignatius, the Dominican church St. Blasius and the church of St. Joseph. Also the medieval churches of the Seligenthal convent and of the Cistercians were redesigned in baroque style. Many old middle-class houses of the past in the Old Town still represent the history of the town from the Gothic times to the Neo-Classicism.

There are also two nuclear power plants located 14 km away from Landshut, Isar I (Inactive) and Isar II (active until 2022).

Landshut is twinned with: 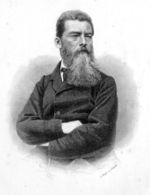 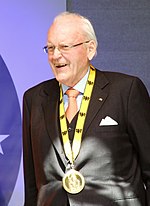 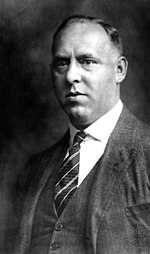