Judges of the International Criminal Court 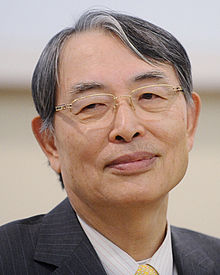 The eighteen judges of the International Criminal Court (ICC) are elected for nine-year terms by the member-countries of the court.[1] Candidates must be nationals of those countries and they must "possess the qualifications required in their respective States for appointment to the highest judicial offices".[1]

A judge may be disqualified from "any case in which his or her impartiality might reasonably be doubted on any ground",[2] and a judge may be removed from office if he or she "is found to have committed serious misconduct or a serious breach of his or her duties" or is unable to exercise his or her functions.[3] 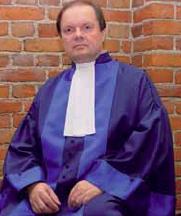 Judges are elected to the ICC by the Assembly of States Parties, the court's governing body.[4] They serve nine-year terms[4] and are not generally eligible for re-election.[5]

All judges must be nationals of states parties to the Rome Statute, and no two judges may be nationals of the same state.[1] They must be “persons of high moral character, impartiality and integrity who possess the qualifications required in their respective States for appointment to the highest judicial offices”,[1] and they must "have an excellent knowledge of and be fluent in at least one of the working languages of the Court" (English and French).[1]

Judges are elected from two lists of candidates. List A comprises candidates who have "established competence in criminal law and procedure, and the necessary relevant experience, whether as judge, prosecutor, advocate or in other similar capacity, in criminal proceedings".[1] List B comprises candidates who have "established competence in relevant areas of international law such as international humanitarian law and the law of human rights, and extensive experience in a professional legal capacity which is of relevance to the judicial work of the Court".[1] Elections are organised so that there are always at least nine serving judges from List A and at least five from List B.[1][6]

The Assembly of States Parties is required to "take into account the need for the representation of the principal legal systems of the world, equitable geographical representation and a fair representation of female and male judges. They shall take into account the need to include judges with legal expertise on specific issues, including, but not limited to, violence against women and children."[6] Thus, there are voting requirements established which require at least six judges to be female and at least six to be male. Additionally, each regional group of the United Nations has at least two judges. If a regional group has more than sixteen states parties this leads to a minimum voting requirement of three judges from this regional group. Therefore, from the Statute's entry into force for the Maldives on 1 December 2011, all regional groups can claim a third judge.

The following elections have taken place:[7]

Disqualification and removal from office 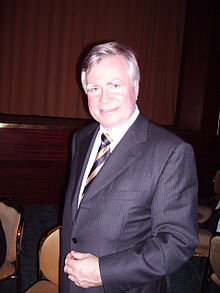 Judge Philippe Kirsch, the first President of the court

The Presidency is the organ responsible for the proper administration of the court, except for the Office of the Prosecutor.[21] The Presidency oversees the activities of the Registry and organises the work of the judicial divisions. It also has some responsibilities in the area of external relations, such as negotiating agreements on behalf of the court and the promoting public awareness and understanding of the institution.[22]

As of November 2019, and after the International Criminal Court judges election in 2017, there are 18 full-time judges serving their mandate.

The Judicial Chambers[26] are organized into three main divisions. The Appeals Chamber consists of the whole Appeals Division whereas the Pre-Trial Chambers cover whole situations, authorizing as well the opening of investigation or cases.The Trial Chambers single cases (which can consist of one or more accused). Accurate as of 2020.

Mohamed Shahabuddeen of Guyana was elected to the court in January 2009 but he resigned for personal reasons before taking office.[34]