Joseph-Marie, comte de Maistre (French: [də mɛstʁ];[a] 1 April 1753 – 26 February 1821)[2] was a Savoyard philosopher, writer, lawyer and diplomat who advocated social hierarchy and monarchy in the period immediately following the French Revolution.[3] Despite his close personal and intellectual ties with France, Maistre was throughout his life a subject of the Kingdom of Sardinia, which he served as a member of the Savoy Senate (1787–1792), ambassador to Russia (1803–1817)[4] and minister of state to the court in Turin (1817–1821).[5]

A key figure of the Counter-Enlightenment,[6] Maistre regarded monarchy both as a divinely sanctioned institution and as the only stable form of government.[7] He called for the restoration of the House of Bourbon to the throne of France and for the ultimate authority of the Pope in temporal matters. Maistre argued that the rationalist rejection of Christianity was directly responsible for the disorder and bloodshed which followed the French Revolution of 1789.[8][9]

Maistre was born in 1753 at Chambéry, Duchy of Savoy, at that time part of the Kingdom of Piedmont-Sardinia which was ruled by the House of Savoy.[10] His family was of French and Italian origin.[11] His grandfather André (Andrea) Maistre, whose parents Francesco and Margarita Maistre (née Dalmassi) originated in the County of Nice,[12] had been a draper and councilman in Nice (then under the rule of the House of Savoy) and his father François-Xavier, who moved to Chambéry in 1740, became a magistrate and senator, eventually receiving the title of count from the King of Piedmont-Sardinia. His mother's family, whose surname was Desmotz, were from Rumilly.[13] His younger brother Xavier, who became an army officer, was a popular writer of fiction.[14][15] 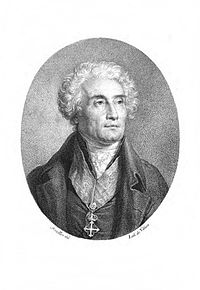 Maistre was probably educated by the Jesuits.[14] After the Revolution, he became an ardent defender of the Jesuits, increasingly associating the spirit of the Revolution with the Jesuits' traditional enemies, the Jansenists. After completing his training in the law at the University of Turin in 1774, he followed in his father's footsteps by becoming a Senator in 1787.

A member of the progressive Scottish Rite Masonic lodge at Chambéry from 1774 to 1790,[16] Maistre originally favoured political reform in France, supporting the efforts of the magistrates in the Parlements to force King Louis XVI to convene the Estates General. As a landowner in France, Maistre was eligible to join that body and there is some evidence that he contemplated that possibility.[17] However, Maistre was alarmed by the decision of the States-General to combine aristocracy, clergy and commoners into a single legislative body which became the National Constituent Assembly. After the passing of the August Decrees on 4 August 1789, he decisively turned against the course of political events in France.[18]

Maistre fled Chambéry when it was taken by a French revolutionary army in 1792, but he was unable to find a position in the royal court in Turin and returned the following year. Deciding that he could not support the French-controlled regime, Maistre departed again, this time for Lausanne, Switzerland,[19] where he discussed politics and theology at the salon of Madame de Staël, and began his career as a counter-revolutionary writer,[20] with works such as Lettres d'un Royaliste Savoisien ("Letters from a Savoyard Royalist", 1793), Discours à Mme. la Marquise Costa de Beauregard, sur la Vie et la Mort de son Fils ("Discourse to the Marchioness Costa de Beauregard, on the Life and Death of her Son", 1794) and Cinq paradoxes à la Marquise de Nav... ("Five Paradoxes for the Marchioness of Nav...", 1795).[10]

From Lausanne, Maistre went to Venice and then to Cagliari, where the King of Piedmont-Sardinia held the court and the government of the kingdom after French armies took Turin in 1798. Maistre's relations with the court at Cagliari were not always easy.[10] In 1802, he was sent to Saint Petersburg in Russia as ambassador to Tsar Alexander I.[21] His diplomatic responsibilities were few and he became a well-loved fixture in aristocratic circles, converting some of his friends to Roman Catholicism and writing his most influential works on political philosophy.

Maistre's observations on Russian life, contained in his diplomatic memoirs and in his personal correspondence, were among Leo Tolstoy's sources for his novel War and Peace.[10] After the defeat of Napoleon and the restoration of the House of Savoy's dominion over Piedmont and Savoy under the terms of the Congress of Vienna, Maistre returned in 1817 to Turin and served there as magistrate and minister of state until his death. He died on 26 February 1821 and is buried in the Jesuit Church of the Holy Martyrs (Chiesa dei Santi Martiri).

In Considérations sur la France ("Considerations on France", 1797), Maistre claimed that France has a divine mission as the principal instrument of good and evil on Earth. He interpreted the Revolution of 1789 as a providential event in which the monarchy, the aristocracy and the Ancien Régime in general, instead of directing the influence of French civilization to the benefit of mankind, had promoted the atheistic doctrines of the 18th-century philosophers. He claimed that the crimes of the Reign of Terror were the logical consequence of Enlightened thought as well as its divinely-decreed punishment.[22]

In his short book Essai sur le Principe Générateur des Constitutions Politiques et des Autres Institutions Humaines ("Essay on the Generative Principle of Political Constitutions and other Human Institutions", 1809), Maistre argued that constitutions are not the product of human reason, but rather come from God, who slowly brings them to maturity. After the appearance in 1816 of his French translation of Plutarch's treatise On the Delay of Divine Justice in the Punishment of the Guilty, Maistre published in 1819 Du Pape ("On the Pope"), the most complete exposition of his authoritarian conception of politics.

According to Maistre, any attempt to justify government on rational grounds will only lead to unresolvable arguments about the legitimacy and expediency of any existing government and that this in turn will lead to violence and chaos.[23][24] As a result, Maistre argued that the legitimacy of government must be based on compelling, but non-rational grounds which its subjects must not be allowed to question.[25] Maistre went on to argue that authority in politics should derive from religion and that in Europe this religious authority must ultimately lie with the Pope.

What was novel in Maistre's writings was not his enthusiastic defense of monarchical and religious authority per se, but rather his arguments concerning the practical need for ultimate authority to lie with an individual capable of decisive action as well as his analysis of the social foundations of that authority's legitimacy. In his own words which he addressed to a group of aristocratic French émigrés, "you ought to know how to be royalists. Before, this was an instinct, but today it is a science. You must love the sovereign as you love order, with all the forces of intelligence".[26] Maistre's analysis of the problem of authority and its legitimacy foreshadows some of the concerns of early sociologists such as Auguste Comte[27] and Henri de Saint-Simon.[28][29]

In addition to his voluminous correspondence, Maistre left two books that were published posthumously. Soirées de St. Pétersbourg ("St Petersburg Dialogues", 1821) is a theodicy in the form of a Platonic dialogue[30] in which Maistre argues that evil exists because of its place in the divine plan, according to which the blood sacrifice of innocents returns men to God via the expiation of the sins of the guilty. Maistre sees this as a law of human history as indubitable as it is mysterious. Examen de la Philosophie de Bacon, ("An Examination of the Philosophy of Bacon", 1836) is a critique of the thought of Francis Bacon,[31] whom Maistre considers to be the fountainhead of the destructive Enlightened thought.[32] 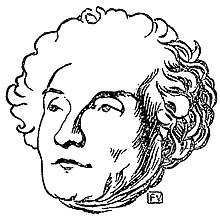 Together with the Anglo-Irish statesman and philosopher Edmund Burke, Maistre is commonly regarded as one of the founders of European conservatism,[33] but since the 19th century Maistre's authoritarian, "throne-and-altar" conception of conservatism declined in influence in comparison with the more liberal conservatism of Burke. However, Maistre's skills as a writer and polemicist ensured that he continues to be read. For instance, Matthew Arnold, an influential 19th-century critic, wrote as follows while comparing Maistre's style with his Irish counterpart:

Joseph de Maistre is another of those men whose word, like that of Burke, has vitality. In imaginative power he is altogether inferior to Burke. On the other hand his thought moves in closer order than Burke's, more rapidly, more directly; he has fewer superfluities. Burke is a great writer, but Joseph de Maistre's use of the French language is more powerful, more thoroughly satisfactory, than Burke's use of the English. It is masterly; it shows us to perfection of what that admirable instrument, the French language, is capable.[34]

The Catholic Encyclopedia of 1910 describes his writing style as "strong, lively, picturesque" and that his "animation and good humour temper his dogmatic tone. He possesses a wonderful facility in exposition, precision of doctrine, breadth of learning, and dialectical power".[14] Although a political opponent, Alphonse de Lamartine admired the splendour of his prose, stating:

That brief, nervous, lucid style, stripped of phrases, robust of limb, did not at all recall the softness of the eighteenth century, nor the declamations of the latest French books: it was born and steeped in the breath of the Alps; it was virgin, it was young, it was harsh and savage; it had no human respect, it felt its solitude; it improvised depth and form all at once… That man was new among the enfants du siècle [children of the century].[35]

Émile Faguet described Maistre as "a fierce absolutist, a furious theocrat, an intransigent legitimist, apostle of a monstrous trinity composed of pope, king and hangman, always and everywhere the champion of the hardest, narrowest and most inflexible dogmatism, a dark figure out of the Middle Ages, part learned doctor, part inquisitor, part executioner".[36]

Amongst those who admired him was the poet Charles Baudelaire,[37][38] who described himself a disciple of the Savoyard counter-revolutionary, claiming that he had taught him how to think.[39] George Saintsbury called him "unquestionably one of the greatest thinkers and writers of the eighteenth century".[40] Maistre also exerted a powerful influence on the Spanish political thinker Juan Donoso Cortés[41][42] and later on the French antisemitic monarchist Charles Maurras[43] and his counter-revolutionary political movement Action Française.

According to Carolina Armenteros, Maistre's writings influenced not only conservative political thinkers, but also the utopian socialists.[44] Early sociologists such as Auguste Comte and Henri de Saint-Simon explicitly acknowledged the influence of Maistre on their own thinking about the sources of social cohesion and political authority.[28][29]