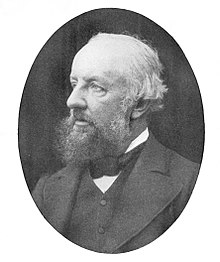 He received the honorary degree Doctor of Letters (D.Litt.) from the University of Oxford in October 1902, in connection with the tercentenary of the Bodleian Library.[2]

Clark died in 1910, and is buried in the Mill Road cemetery, Cambridge.

"Cambridge Registrary". Caricature by Spy published in Vanity Fair in 1894.

Contributions to the DNB