pronunciation (help·info)) is the second-largest city in the Indian state of Rajasthan and officially the second metropolitan city of the state. It was formerly the seat of a princely state of the same name. Jodhpur was historically the capital of the Kingdom of Marwar, which is now part of Rajasthan. Jodhpur is a popular tourist destination, featuring many palaces, forts and temples, set in the stark landscape of the Thar Desert. It is popularly known as the "Blue City" among people of Rajasthan and all over India.[1]

The old city circles the Mehrangarh Fort and is bounded by a wall with several gates.[8] However, the city has expanded greatly outside the wall over the past several decades. Jodhpur lies near the geographic centre of the Rajasthan state, which makes it a convenient base for travel in a region much frequented by tourists.[1]

According to the Rajasthan district Gazetteer Abhiras were the inhabitants of Marwar and later on the Rajputs established their rule in Marwar. There may have been small settlements before Rathore rule.[9][10]

The Jodhpur city was founded in 1459 by Rao Jodha, a Rajput chief of the Rathore clan. Jodha succeeded in conquering the surrounding territory and thus founded a kingdom which came to be known as Marwar. As Jodha hailed from the nearby town of Mandore, that town initially served as the capital of this state; however, Jodhpur soon took over that role, even during the lifetime of Jodha. The city was located on the strategic road linking Delhi to Gujarat. This enabled it to profit from a flourishing trade in opium, copper, silk, sandalwood, dates and other tradeable goods.[11]

After the death of Rao Chandrasen Rathore in 1581, the kingdom annexed by the Mughal Emperor Akbar, Marwar thus became a Mughal vassal owing fealty to them while enjoying internal autonomy. Jodhpur and its people benefited from this exposure to the wider world as new styles of art and architecture made their appearance and opportunities opened up for local tradesmen to make their mark across northern India.[11]

View of the Rajasthan High Court, Sardar Museum in Umaid Park and upper right is Jodhpur fort in 1960.

Aurangzeb briefly sequestrated the state (c. 1679) after the death of Maharaja Jaswant Singh, but the prior ruler Maharaja Ajit Singh was restored to the throne by Veer Durgadas Rathore after Aurangzeb died in 1707 and a great struggle of 30 years. The Mughal empire declined gradually after 1707, but the Jodhpur court was beset by intrigue; rather than benefiting from circumstances, Marwar descended into strife and invited the intervention of the Marathas, who soon supplanted the Mughals as overlords of the region. This did not make for stability or peace, however- 50 years of wars and treaties dissipated the wealth of the state, which sought the help of the British and entered into a subsidiary alliance with them. There was a major revolt in 1857 by some Rathore nobles of Pali led by Thakur Kushal Singh of Auwa, however, the rebels were defeated by the British army under colonel Holmes and peace was restored.[12][11]

Street Scene of Jodhpur in 1906

During the British Raj, the state of Jodhpur had the largest land area of any in the Rajputana. Jodhpur prospered under the peace and stability that was a hallmark of this era. The land area of the state was 93,424 km2 (36,071 sq mi) its population in 1901 was 44,73,759. It enjoyed an estimated revenue of £3,529,000. Its merchants, the Marwaris, flourished and came to occupy a position of dominance in trade across India.

In 1947, when India became independent, the state merged into the union and Jodhpur became the second largest city of Rajasthan.[11][13] At the time of division, the ruler of Jodhpur, Hanwant Singh, did not want to join India, but finally, due to the effective persuasion of Sardar Vallabhbhai Patel, the Home Minister at the time, the state of Jodhpur was included in the Indian Republic. Later after the State Reorganisation Act, 1956 it was included within the state of Rajasthan.[11]

As per provisional reports of Census India,[7] Jodhpur had a population of 1,033,918 in 2011, consisting of approximately 52.62 males and approximately 47.38 percent females. The average literacy rate is 80.56 percent, approximately 88.42 percent for males and 73.93 percent for females. Approximately 12.24 percent of the population is under six years of age. Jodhpur city is governed by a Municipal Corporation which comes under Jodhpur Urban Agglomeration. The Jodhpur Urban/Metropolitan area includes Jodhpur, Kuri Bhagtasani, Mandore Industrial Area, Nandri, Pal Village and Sangariya. Its Urban/Metropolitan population is 1,137,815 of which 599,332 are males and 538,483 are females. According to www.citypopulation.de, the population of Jodhpur city on 10/02/2020 was 1,480,000. [14]

The climate of Jodhpur is hot and semi-arid during its nearly yearlong dry season, but contains a brief rainy season from late June to September (Köppen BSh). Although the average rainfall is around 362 millimetres (14.3 in), it fluctuates greatly. In the famine year of 1899, Jodhpur received only 24 millimetres (0.94 in), but in the flood year of 1917 it received as much as 1,178 millimetres (46.4 in).

Temperatures are extreme from March to October, except when the monsoonal rain produces thick clouds to lower it slightly. In the months of April, May and June, high temperatures routinely exceed 40 degrees Celsius. During the monsoon season, average temperatures decrease slightly. However, the city's generally low humidity rises, which adds to the perception of the heat. The highest temperature recorded in Jodhpur was on 25 May 1932 when it rose up to 48.9 degrees Celsius.[16]

The present Member of Parliament from Jodhpur is Gajendra Singh Shekhawat of the BJP.

Jodhpur is a significant city of western Rajasthan and lies about 250 kilometers from the border with Pakistan. This location makes it a key base for the Indian Army, Indian Air Force and Border Security Force (BSF). Jodhpur's South Western Air Command is one of the Asia's largest and one of the most critical and strategically located airbases of the IAF (The Jodhpur Airport played the crucial role during the Indo-Pakistani wars of 1965 and 1971) deployed fighter jets and Advanced Light Helicopters.

Panorama view of Jodhpur, with the Mehrangarh Fort to the right, and the city centre below

Jodhpur has culturally been known by the name of jodhana by the locals.[20] The city is famous for its food and its popularity can be judged by the fact that one can find sweet shops named "Jodhpur Sweets" in many cities throughout India. Being at the onshore of Thar Desert, life has been influenced by ways of select nomadic tribes (So-called "Gypsy" groups - Banjare in Hindi - have settled in some parts of the city).[21] Jodhpur has distinct cultural identity through its food and is famous for its Mirchi Bada and Mawa Kachori.[22]

The city is famous for its charming locations and is often featured in various films, advertisements, music videos and soaps. The historic buildings and landscapes of the city were featured in a number of movies, including The Dark Knight Rises directed by Christopher Nolan,[24] Baadshaho starring Ajay Devgn and Emraan Hashmi,[25] The Darjeeling Limited starring Owen Wilson, Adrien Brody, and Jason Schwartzman, The Fall directed by Tarsem Singh, "Hum Saath-Saath Hain" directed by Sooraj Barjatya, "Veer" directed by Anil Sharma, "Shuddh Desi Romance" directed by Maneesh Sharma[26] and "I" directed by S. Shankar, "Kung Fu Yoga" starring Jackie Chan, Sonu Sood, Disha Patani, "Loafer" starring Varun Tej and Disha Patani; Supreme starring Sai Dharam Tej and Rashi Khanna; Airlift feat.in Akshay Kumar and Nimrat Kaur.[27] . Many foreign language films and series have also shooted in jodhpur such as Buddies in India which was produced in Mandarin and was launched in China in 2017 featuring some Indian actors and even the Songs were in Hindi and many more. 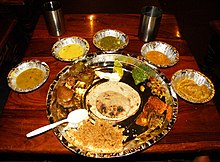 Major research institutes and organizations have been established in the city for promoting research:

The High Court of Rajasthan was founded in 1949 in Jodhpur and was inaugurated by the Rajpramukh, Maharaja Sawai Man Singh on 29 August 1949. The first Chief Justice was Kamala Kant Verma and the current Chief Justice of the Rajasthan High Court is the Honorable Justice Indrajit mohanty. A bench was formed at Jaipur which was dissolved in 1958 and was again formed on 31 January 1977. Currently, there are forty sanctioned judges.

The city is administered by the Jodhpur Nagar Nigam headed by a mayor. For administrative purposes, the city is divided into 65 wards, from which the members of the corporation council are elected for five years. The municipal corporation has 65 elected members known as councilors, or parshad in Hindi, representing their respective wards (65 geographical units of the city). The ward members are elected by direct voting by electorate for a period of 5 years. In addition to these 65 directly elected members, the corporation has 4 Ex-officio members (1 member of parliament, 3 members of legislative assembly, namely Sardarpura, Soorsagar, City) and 3 Nominated Members.

The city has well-established rail, road and air networks connecting it to other major cities of the country.

Luxury train service: For experiencing the true magnificence and royal opulence of Rajasthan, luxury trains Palace on Wheels and Royal Rajasthan on Wheels and Maharaja Express are run jointly by RTDC and Indian Railways.[30] Jodhpur is one of the destinations of both of the trains. Recently a plan to start metro train service in Jodhpur was proposed to decongest the city traffic. However, this proposal is still pending with the state government for its approval.[31]

Jodhpur Airport is one of the prominent airports of Rajasthan. It is primarily a military airbase with a civil enclosure to allow for civilian air traffic. Due to Jodhpur's strategic location, this airport is regarded as one of the most important ones for the Indian Air Force.[33]

At present, there are daily flights from Delhi and Mumbai to the city operated Air India Indigo, SpiceJet and Vistara. There are also daily flight to Ahmedabad operated by Indigo and SpiceJet as well as to Bengaluru by IndiGo. The bill and basic formalities for the long-awaited expansion of the airport were cleared by all the concerned authorities in June 2016, clearing the way for the expansion of the airport in two phases beginning February 2016. Post the expansion, it is expected that there will be morning and evening flights from the city to more cities than presently available in addition to more airlines coming to and fro the city.[33]

Jodhpur is connected by road to all major cities in Rajasthan and neighboring states like Delhi, Ahmedabad, Surat, Ujjain, and Agra. Apart from deluxe and express bus services to cities within the state, Rajasthan Roadways provides Volvo and Mercedes Benz bus service to Delhi, Ahmedabad, Jaipur, Udaipur, and Jaisalmer. Recently, Bus Rapid Transit System (BRTS) is launched in the city with low floor and semi-low floor buses plying on major routes. Jodhpur is connected to the National Highway network with three National Highways and to the Rajasthan State Highway network with ten state highways. National Highways passing through Jodhpur: