The Jamaica Defence Force (JDF) is the combined military of Jamaica, consisting of an infantry Regiment and Reserve Corps, an Air Wing, a Coast Guard fleet and a supporting Engineering Unit.[1] The JDF is based upon the British military model, with similar organisation, training, weapons and traditions. Once chosen, officer candidates are sent to one of several British or Canadian basic officer courses depending upon the arm of service. Enlisted soldiers are given basic training at JDF Training Depot Newcastle. As on the British model, NCOs are given several levels of professional training as they rise up the ranks. Additional military schools are available for speciality training in Canada, China, the United States, and the United Kingdom. 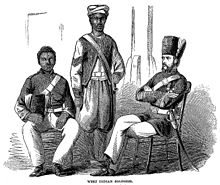 In recent years the JDF has been called upon to assist the nation's police, the Jamaica Constabulary Force (JCF), in fighting drug smuggling and a rising crime rate which includes one of the highest murder rates in the world.[citation needed] JDF units actively conduct armed patrols with the JCF in high-crime areas and known gang neighbourhoods. There has been vocal controversy as well as support of this JDF role. In early 2005, an opposition leader, Edward Seaga, called for the merger of the JDF and JCF. This move did not garner support in either organisation nor among the majority of citizens. 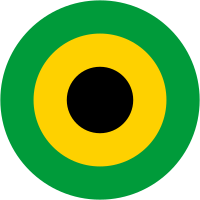 On July 1, 2009, a Jamaica Defence Force Air Wing Bell 412EP helicopter was on its way back to Up Park Camp from a training mission when it began experiencing mechanical issues. The helicopter crashed into the ground at Up Park Camp, injuring the captain, his co-pilot and a crew member.[13]

A year after the JDF was formed in 1962, a naval arm, the Jamaica Sea Squadron was added. The squadron’s initial vessels were three 63ft wooden World War II torpedo recovery boats provided by the United States. They were commissioned “Her Majesty’s Jamaican Ship” HMJS Yoruba (P1), HMJS Coromante (P2) and HMJS Mandingo (P3). A training team from the Royal Navy assisted with the unit’s early development. In 1966 they changed names from the Jamaica Sea Squadron to the Jamaica Defence Force Coast Guard.[14]

As of 2016, the Jamaica Defence Force Coast Guard was staffed by 241 individuals.[1] 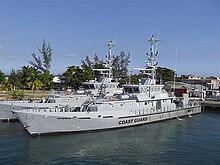 Ranks of the JDF

The rank insignia for commissioned officers for the army and Coast Guard respectively.

The rank insignia for enlisted personnel for the army and Coast Guard respectively.

Besides inhouse training, the JDF has been trained by members of the Canadian Forces to deal with special needs[vague].[18]