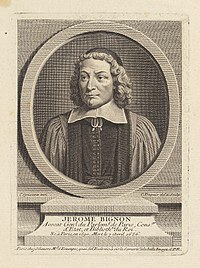 His family originated from the western part of France, and came to Paris at the beginning of the sixteenth century. He was uncommonly precocious, and under his father's tuition had acquired an immense mass of knowledge before he was ten years of age. A work by him entitled Choréographie, ou description de la Terre Sainte was published in 1600. The great reputation gained by this book served to introduce the author to Henry IV, who placed him for some time as a companion to the duc de Vendôme, and made him tutor to the dauphin, afterwards Louis XIII.[1]

In 1604 he wrote his Discours de la ville de Rome, and in the following year his Traité sommaire de l'élection du pape. He then devoted himself to the study of law, and wrote in 1610 a treatise on the precedency of the kings of France, which gave great satisfaction to Henry IV. In 1613, Bignon edited, with learned notes, the Formulae of the jurist Marculf.[1]

His grandson was intendant of the King (governor) in northern France at the end of the seventeenth century and a descendant, a solicitor also called Jérôme Bignon, is an M.P., elected in the same département of Somme in 2007.