The International Chamber of Commerce (ICC; French: Chambre de commerce internationale) is the largest, most representative business organization in the world.[2] Its over 45 million members in over 100 countries have interests spanning every sector of private enterprise.

ICC has three main activities: rule setting, dispute resolution, and policy advocacy. Because its member companies and associations are themselves engaged in international business, ICC has unrivalled authority in making rules that govern the conduct of business across borders. Although these rules are voluntary, they are observed in thousands of transactions every day and have become part of international trade.

A world network of national committees in over 100 countries advocates business priorities at national and regional level. More than 3,000 experts drawn from ICC's member companies feed their knowledge and experience into crafting the ICC stance on specific business issues.

The International Chamber of Commerce was founded in 1919 to serve world business by promoting trade and investment, open markets for goods and services, and the free flow of capital. The organization's international secretariat was established in Paris and the ICC's International Court of Arbitration was created in 1923. 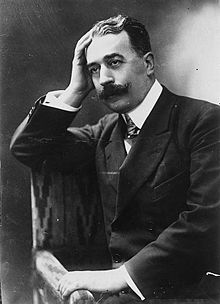 The first chairman of the International Chamber of Commerce, Étienne Clémentel

There are two ways to become a member of ICC:[6]

ICC's supreme governing body is the World Council, consisting of representatives of national committees. The World Council elects ICC's highest officers, including the Chairman and the Vice-Chairman, each of whom serves a two-year term. The Chairman, Vice-Chairman and the Honorary Chairman (the immediate past Chairman) provide the organization with high-level leadership.

Strategic direction for ICC is provided by its executive board, consisting of up to 30 business leaders and ex-officio members. It is elected by the World Council on the recommendation of the Chairmanship. Meeting three times a year, the Executive Board oversees the establishment of ICC's strategic priorities and the implementation of its policies.

In 92 of the world's nations, members have established formal ICC structures called national committees. In countries where there is no national committee, companies and organizations such as chambers of commerce and professional associations can become direct members.

The Finance Committee advises the Executive Board on all financial matters. On behalf of the Executive Board, it prepares the budget and regularly reports to the board. It reviews the financial implications of ICC activities and supervises the flow of revenues and expenses of the organization.

The court's membership has also grown and covers 85 countries and territories. With representatives in North America, Latin and Central America, Africa and the Middle East and Asia, the ICC Court has significantly increased its training activities on all continents and in all major languages used in international trade.

ICC policies, rules and standards are prepared by specialized working bodies. Normal procedure requires policy statements first to be adopted by a commission, in consultation with national committees, and then approved by the Executive Board, before they can be regarded as official and public ICC positions.

Commissions examine major policy issues of interest to world business. Each national committee (NC) or group may appoint delegates to represent it at meetings. Officers are appointed by the Chairman and Secretary General in consultation with NCs. Meetings of commissions are normally held twice a year.

Task forces are constituted under the various commissions for a limited period to undertake specific projects and report back to their parent commission. Some task forces may include representatives of more than one commission.[8]

In September 2011, the International Chamber of Commerce introduced the newly revised consolidated ICC Code of Advertising and Marketing Communication Practice, along with a dedicated website, www.codescentre.com, to guide advertising and marketing professionals around the globe. This Code sets ethical standards and guidelines for businesses using today's rapidly changing technology, tools and techniques to market products and services. Developed by experts from all sectors of industry and all regions of the world, the code's purpose is to protect consumers by setting out guidelines for responsible marketing.

The Code is structured in two main sections—General Provisions and Chapters. The General Provisions section contains fundamental principles and other broad concepts that apply to all marketing in all media. Code Chapters are detailed and apply to specific marketing areas, including: Sales Promotion, Sponsorship, Direct Marketing, Digital Media and Environmental Marketing Claim.[9]

In 1951, ICC established the World Chambers Federation (WCF), formerly the International Bureau of Chambers of Commerce. WCF is the unique global forum uniting the worldwide network of more than 12,000 chambers of commerce and industry.[10] It aims to facilitate the exchange of best practice and the development of new global products and services for chambers, and foster international partnerships between chambers and other stakeholders to help local businesses grow.[11] WCF is a non-political, non-governmental body, with its membership comprising local, regional, national, bilateral and transnational chambers of commerce, as well as public-law and private-law chambers.

With a history spanning over 400 years, chambers today exist in almost every country and business community around the world. Chambers of Commerce and Industry can be defined as:

WCF also organizes the World Chambers Congress every two years in a different region of the world. The Congress is the only international forum for chamber leaders and professionals to share best practices, exchange insights, develop networks, address the latest business issues affecting their communities, and learn about new areas of innovation from chambers around the world.

During the Congress, WCF also announces the winners of World Chambers Competition, the only global awards program to recognize the most innovative projects undertaken by chambers of commerce and industry from around the world.

Staged all over the world, ICC events range from large topical conferences to training sessions for small groups. These smaller courses share ICC's expertise on commercial arbitration and dispute resolution mechanisms as well as ICC's trade tools including Incoterms® rules, uniform customs and practice for documentary letter of credit (UCP) and international contracts.[12]

ICC Publications is the publishing arm of the International Chamber of Commerce providing business with essential resources in three broad categories: ICC rules and guidelines, practical commentaries, and reference works. The content of ICC's publications is derived from the work of ICC commissions, institutions and individual international experts.

ICC publishes mainly for international lawyers, arbitrators, bankers, traders and students covering topics such as international banking, international trade reference and terms, law and arbitration, counterfeiting and fraud and model commercial contracts. The best-known publications, Uniform Customs and Practice for Documentary Credits and Incoterms, have been translated into more than 30 languages.

ICC offers its publications not only in the traditional paper format, but also in electronic format, eBooks, on the ICC Store.[14]

ICC Commercial Crime Services (CCS) provides the world business community with a centralized commercial crime-fighting body. It draws on the resources of its members in the fight against commercial crime on many fronts.

From its base in London, and comprising three distinct bureaux, CCS operates according to two basic principles: to prevent commercial crime and to investigate and help prosecute criminals involved in commercial crime.

The specialized divisions of CCS are:[15]

ICC established BASCAP to take a leading role in the fight against counterfeiting and piracy.

BASCAP unites the global business community to identify and address intellectual property rights issues and petition for greater commitments by local, national and international officials in the enforcement and protection of IPR.

The work of BASCAP aims to:

BASCAP speaks out on the damage caused by counterfeiting and piracy, including:[18]

ICC set up BASIS (Business Action to Support the Information Society) in mid-2006 to speak out on a wide range of critical issues, including:[19]

The World Trade Agenda is a strong business-led initiative to bolster rules-based trade. The WTO lends its support to this initiative by engaging business to provide recommendations to advance global trade negotiations.

The World Trade Agenda aims to:

Since its launch, the World Trade Agenda initiative has organized consultations with CEOs and senior executives in all major regions of the world to gather input and validation of its recommendations. These business priorities were released during the ICC World Trade Agenda Summit on 22 April 2013 in Doha.

The Agreement on Trade Facilitation was finally adopted at the WTO's 9th Ministerial Conference on 7 December 2013. It was the first major agreement on trade facilitation to have been reached since the creation of the WTO.[20]

ICC and the United Nations

The ICC Research Foundation (ICCRF) was established in 2010 by ICC to commission independent research that contributes to public knowledge, education and debate on the benefits of global trade and investment. The research projects funded by the ICCRF and conducted by leading international researchers and organizations, contribute to the following aims:[22]

The ICC Research Foundation is governed by a board of trustees, who include Cherie Nursalim and Gerard Worms.[23]