Cartoon of the would-be explorer Louis de Rougemont who claimed to have had adventures in Australasia.

An impostor (also spelled imposter) is a person who pretends to be somebody else, often through means of disguise. Their objective is usually to try to gain financial or social advantages through social engineering, but also often for purposes of espionage or law enforcement. 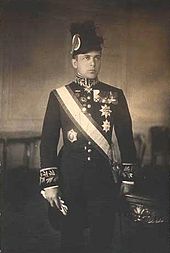 Many women in history have presented themselves as men in order to advance in typically male-dominated fields. There are many documented cases of this in the military during the American Civil War.[13] However their purpose was rarely for fraudulent gain. They are listed in the List of wartime cross-dressers.

Spies have often pretended to be people other than they were. One of the famous was Chevalier d'Eon (1728–1810), a French diplomat who successfully infiltrated the court of Empress Elizabeth of Russia by presenting as a woman.