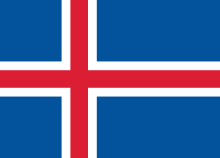 Þjóðernishyggja is the Icelandic term for nationalism; nationmindedness is a rough translation of the term. Its use was instrumental in the Icelandic movement for independence from Denmark, led by independence hero Jón Sigurðsson.

Þjóðernishyggja is now commonly used for patriotism in Icelandic, interchangeable with another Icelandic word: Föðurlandsást, lit. 'Love of one's country', 'patriotism'. There is little difference between the two in Icelandic and they are considered to be the same by most.

Icelandic nationalism or Þjóðernishyggja or Föðurlandsást is based upon the idea of resurrection of the Icelandic Free State, and its values (or what was believed to be its values): democracy, freedom of the individual, the need for the country to be independent, and respect for the cultural and religious traditions, specially the long preserved language. These ideas are often encoded in the popular phrase land, þjóð og tunga ('land, people, and language').[1] Historically, Icelanders have seen their current republic to be the reincarnation of the old Free State, and thus Icelandic nationalism today is based upon preserving what was gained by the independence movement. Thus Icelandic nationalist sentiment, having some aspects of civic and ethnic nationalism, is highly respectful of democratic parliamentary powers (see resurrected Althing) and skeptical of foreign control over Iceland, which is partly responsible for there being little will in Iceland for joining the European Union.