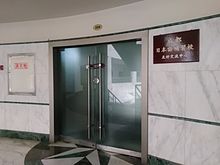 Hoshū jugyō kō (補習授業校), or hoshūkō (補習校)[1] are supplementary Japanese schools located in foreign countries for students living abroad with their families. Hoshū jugyō kō educate Japanese-born children who attend local day schools. They generally operate on weekends, after school, and other times not during the hours of operation of the day schools.[2]

The Ministry of Education, Culture, Sports, Science and Technology of Japan (MEXT), as of 1985, encouraged the opening of hoshū jugyō kō in developed countries. It encouraged the development of full-time Japanese ("person," not "language") day schools, in Japanese nihonjin gakkō, in developing countries. In 1971 there were 22 supplementary Japanese schools worldwide.[3]

These schools, which usually hold classes on weekends, are primarily designed to serve the children of Japanese residents temporarily residing in foreign countries so that, upon returning to their home country, they can easily re-adapt to the Japanese educational system.[6] As a consequence, students at these schools, whether they are Japanese nationals and/or permanent residents of the host country, are generally taught in the age-appropriate Japanese curriculum specified by MEXT.[7] Article 26 of the Constitution of Japan guarantees compulsory education for Japanese children in grades one through nine, so many weekend schools opened to serve students in those grades. Some weekend schools also serve high school and preschool/kindergarten.[8] Several Japanese weekend schools operate in facilities rented from other educational institutions.[9]

The majority of the instruction is kokugo (Japanese language instruction, primarily from a racialized perspective founded on the notion that "Japanese" is a unique race). The remainder of the curriculum consists of other academic subjects,[6] including mathematics, social studies, and sciences.[8] In order to cover all of the material mandated by the government of Japan in a timely fashion, each school assigns a portion of the curriculum as homework, because it is not possible to cover all material during class hours.[6] Naomi Kano (加納 なおみ, Kanō Naomi),[10] author of "Japanese Community Schools: New Pedagogy for a Changing Population," stated in 2011 that the supplementary schools were dominated by "a monoglossic ideology of protecting the Japanese language from English".[11] 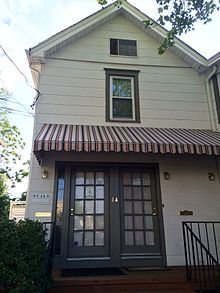 The offices of the Princeton Community Japanese Language School in Princeton, New Jersey

In North America, the hoshūkō are usually operated by the local Japanese communities. They are equivalent to hagwon in ethnic Korean communities and Chinese schools in ethnic Chinese communities.[13] These Japanese schools primarily serve Japanese nationals from families temporarily in the United States, or kikokushijo, and second-generation Japanese Americans. The latter may be U.S. citizens or they may have dual U.S.-Japanese citizenship.[14] Because few Japanese children with Japanese as a first language in North America attend full-time Japanese schools, the majority of these children receive their primary education in English, their second language.[15] These supplementary schools exist to provide their Japanese-language education.

Rachel Endo of Hamline University,[16] the author of "Realities, Rewards, and Risks of Heritage-Language Education: Perspectives from Japanese Immigrant Parents in a Midwestern Community," wrote that these schools "have rigorous academic expectations and structured content".[17]

In 2003, 51.7% of pupils of Japanese nationality in North America attended both hoshūkō and local North American day schools.[22]