The High School of Glasgow is an independent, co-educational day school in Glasgow, Scotland. The original High School of Glasgow was founded as the choir school of Glasgow Cathedral in around 1124, and is the oldest school in Scotland,[citation needed] and the twelfth oldest in the United Kingdom. On its closure as a selective grammar school by Glasgow City Corporation in 1976, it immediately continued as a co-educational independent school as a result of fundraising activity by its Former Pupil Club and via a merge by the Club with Drewsteignton School. The school maintains a relationship with the Cathedral, where it holds an annual service of commemoration and thanksgiving in September.[1] It counts two British Prime Ministers, two Lords President and the founder of the University of Aberdeen among its alumni.

It is a selective school, meaning prospective pupils must sit an entrance test to gain admission. In 2009 and 2017, The Times placed it as the top independent school in Scotland for SQA results. [2]

The rector of the school is John O'Neill.[3]

The original school was founded as the Choir School of Glasgow Cathedral in around 1124, and later became known as Glasgow Grammar School. It was housed in Greyfriar's Wynd until 1782, when it moved to new purpose-built accommodation in George Street, but it moved again in 1821 to new premises between John Street and Montrose Street.[4] The name was changed in 1834 to The High School of Glasgow, and in 1872 it was transferred to the management of the Glasgow School Board. In 1878, the school moved into the former premises of the Glasgow Academy on Elmbank Street, when the latter moved to its new home in Kelvinbridge in the West End of the city.[4] The Glasgow High School for Girls was founded in 1894 and housed variously in Garnethill and Kelvindale.[5]

In 1976, the regional council closed the Boy's High School, while the Girls' High School began admitting boys and was renamed as Cleveden Secondary School.[5] The proposed closure was met with anger from former pupils and, the day after the closure of the Boys' High School, the new, independent, co-educational high school was created, following a merger involving the former pupils' association, the Glasgow High School Club, and Drewsteignton School in Bearsden, which effectively became the new high school. In 1983 an arts and science extension was opened.[6] 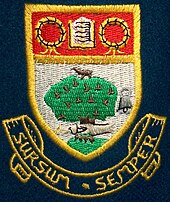 Embroidery of the school badge, showing the items from the Glasgow Story and the school's motto

The new, purpose-built senior school (Transitus to S6) is in Old Anniesland, owned by the Glasgow High School Club (below). There have been multiple extensions to these buildings, including the two-storey science block. The junior school (kindergarten to P6) occupies the site of the former Drewsteignton School, on Ledcameroch Road in Old Bearsden. The headmistress of the junior school is Heather Fuller

Pupils at the school are divided into the following Houses:

The school operates a house competition, and pupils may earn points for their house through excellence in areas such as sports, music, academia. The current holder of the overall house championship is Bannerman House. The Junior School Houses take their names from British lifeboat stations: Broughtyferry (red), Campbelltown (blue), Lizard (green) and Longhope (yellow).

The Glasgow High School Club is the former pupil club of the high school and its predecessor schools, the High School for Boys, the Girls' High School and Drewsteignton School.[7]

The club owns Old Anniesland, the site on which the school now stands, and is based in the pavilion. The club runs all the facilities at Old Anniesland, including the Jimmie Ireland Stand but excluding the school. Use of the club's facilities is restricted to members. The club runs a number of sports teams, although the former Glasgow High Kelvinside (GHK) rugby club merged in 1997 with rivals Glasgow Academicals FC to form Glasgow Hawks. The name was intended as an acronym of High, Accies, West (of Scotland) and Kelvinside, however West of Scotland declined the invitation to merge into the new team and continue to play separately from their ground in Milngavie. The friendly rivalry with the Glasgow Accies, based at neighbouring New Anniesland, inspired the name of the Anniesland Trophy, an annual golf competition between the clubs.

The club also has an active London branch, The London Club,[7] which hosts a dinner every March at the Caledonian Club and a lunch in early October for recent leavers moving to study in London. The London Club also runs a number of sports teams, particularly golf.

See also: Category:People educated at the High School of Glasgow. 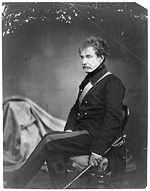 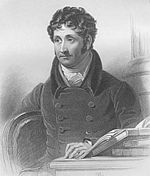