High Commissioners for Palestine and Transjordan

The British representative to Amman was "responsible to the high commissioner in his role as representative of the mandatory power, but not in his capacity as head of the Palestine administration."[1]

They were based in Jerusalem. The office commenced on 1 July 1920, before the commencement of the Mandate on 29 September 1923, and replaced the British military occupation under the Occupied Enemy Territory Administration, which had operated in Palestine in 1917–1918. The office ceased with the expiration of the Mandate on 15 May 1948. 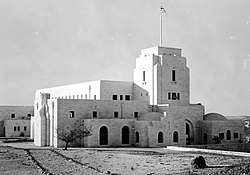 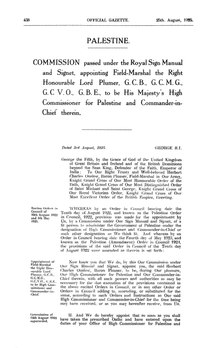 Appointment of Lord Plumer as High Commissioner for Palestine, 1925