The whaling settlement at Pauline Cove. The Yukon mainland is visible in the background.

Herschel Island (French: Île d'Herschel; Inuit: Qikiqtaruk)[2] is an island in the Beaufort Sea (part of the Arctic Ocean), which lies 5 km (3.1 mi) off the coast of Yukon in Canada, of which it is administratively a part. It is Yukon's only offshore island.

The earliest evidence of human occupation unearthed so far by archaeological investigations is that of the Thule culture, dating to approximately 1000 years ago. These people are the ancestors of the present-day Inuvialuit.[3] The Inuvialuktun word for Herschel Island is "Qikiqtaruk", which simply means "island".

The first European to sight the island was explorer Sir John Franklin, who named it on 15 July 1826.[4] It is not clear after whom the island was named. Franklin’s journal records states that he wished to honour the name Herschel, of which three persons are notable for their scientific accomplishments: Sir William Herschel, his sister Caroline Herschel, and his son Sir John Herschel.;[4] At the time of Franklin's explorations there were three Inuvialuit settlements on Herschel Island. Estimates of the number of people living on the island (and along the Yukon North Slope) at that time ranged from 200 to 2000. The island was used as a base for hunting, fishing and whaling.

In the late 19th century, whalers discovered that the Beaufort Sea was one of the last refuges of the depleted bowhead whale, which was prized for its baleen (whalebone), blubber, and oil. Commercial bowhead hunting in the area began in 1889. In order for the short Arctic whaling season to be profitable, it was necessary to overwinter in the area. Herschel Island was found to have a good harbour for large whaling ships. In 1890 a Euro-American settlement was established at Pauline Cove. At the height of the Beaufort Sea whaling period (1893–94) the number of residents on the island was estimated at 1,500, making it the largest Yukon community at that time. Though several frame buildings had been constructed, most residents continued to live on whaling ships.

In 1893, the Pacific Steam Whaling Company (PSW Co.) constructed a building called the Community House at Pauline Cove. With a recreation room, an office for the manager and storekeeper, and storage facilities, the Community House became the most prominent building on the island. In 1896 the company offered the house to the Anglican church, who used the building until 1906.

In 1903, Francis Joseph Fitzgerald was the first North-West Mounted Police (NWMP) officer assigned to the area, who later died in the famous "Lost Patrol".

In 1911, the Royal North-West Mounted Police purchased all Herschel Island assets of the PSW Co. for $1,500. The Community House still stands, and is believed to be the oldest frame building in Yukon. It remains in excellent condition, and is now used as a park office and visitor centre.

The first court case held in the Canadian Arctic took place at Pauline Cove in 1924 in a building known as the Bonehouse, which was built in the mid-1890s as a storehouse for baleen. Court officials traveled from Edmonton for the trial of two Inuvialuit men charged with murder. Jury members were chosen in Fort McPherson, Arctic Red River (now Tsiigehtchic) and Herschel Island. The men were found guilty, and were hanged from a tie beam in the Bonehouse. The tie beam was removed by the RCMP when they left the island in 1963. 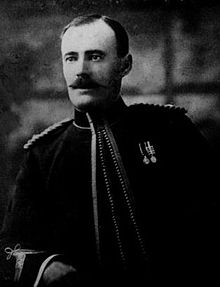 Anglican missionary Isaac Stringer first visited Herschel Island in 1893. He returned with his wife in 1896, and ministered to the people there until his departure in 1901. Stringer and other missionaries attempted to build a church on the island, but were not successful. A mission house was constructed in 1916 by Reverend Whittaker. This building still stands, but is in poor condition.

In 1903 RCMP Inspector Francis J. Fitzgerald visited Herschel Island. The following year, he and Constable Sutherland established a detachment on the island, which was at first based in two small sod huts. From 1910 to 1931 Herschel Island was subdistrict headquarters for the RCMP in the Western Arctic. Command was transferred to Aklavik in 1931, and Herschel Island was patrolled intermittently until 1948, when the detachment was reopened on a seasonal basis. On February 16, 1918 Herschel Island suffered its first loss of a police officer. Constable Alexander Lamont age 30, Badge Number 5548 Royal Northwest Mounted Police died of a duty-related illness. Constable Lamont died from typhoid fever while on Hershel Island, while attending to the needs of another victim of the disease.[5] Sadly, on July 14, 1958, Herschel Island suffered another loss of a police officer. Constable Carl Lennart Sundell, aged 24 years, was stationed on board the RCMP supply schooner HERSCHEL at the time of his death and died as a result of an accidental shooting. He was shot while boarding the vessel which was in a cradle onshore for repairs.[6] The RCMP post was closed permanently in 1964.

In 1915 the Hudson's Bay Company sent Mr. Christy Harding to Herschel Island to establish a post. Soon after his arrival he constructed a store, house, warehouse, and several other buildings. Business at the post was never lucrative. In 1937 the Bay closed its doors on the island, and its buildings were abandoned. None of them remain.

In 1926 the Northern Whaling and Trading Company constructed a store, warehouse and small shed on the island. These buildings still stand, though in recent years they have been moved as much as 10 meters inland, away from the receding shoreline.

The island did see some renewed activity in the 1970s when it became a temporary safe harbour for oil-drilling ships. Its last permanent, year-round residents (the MacKenzie family) left in 1987. Inuvialuit still use the island seasonally for hunting, fishing, and as a place to camp while travelling.

The island was created from sediments that were thrust up by a lobe of Laurentide glacier ice emanating from the Mackenzie Valley and moving westward along the coastal plain approximately 30,000 years ago. There is no bedrock core to the island. The island is subject to very high rates of coastal erosion due to the ice-rich nature of the underlying permafrost, and its surface heaves and rolls down its own hillsides from the effects of frost creep and solifluction.

From November to early June, Herschel Island is locked in ice. Located north of the Arctic Circle, Herschel Island enjoys continuous daylight every year between May 19 and July 24. The sun does not appear above the horizon from November 29 to January 14, but significant twilight is experienced for a few hours in the late morning and early afternoon during the latter period.

The waters around Herschel Island are a haven for fish and marine mammals. The Mackenzie River flows into the Beaufort Sea southeast of the island. Its warm, nutrient-rich waters drift westward along the mainland shore as far as Herschel. Zooplankton feed on these nutrients, and are in turn eaten by larger fish, seals, and whales. Arctic cod, Arctic char, Pacific herring and Arctic flounder are all found in this area.

Whales travel past Herschel Island on their seasonal migration. Bowhead whales can still be seen from Herschel as they migrate westward to the Bering Sea in September, feeding close to the surface on krill. Beluga whales are also seen from the island during the open water period. Ringed seals are the most common marine mammals in this part of the Arctic, feeding on fish along the edges of the ice during the summer months.

The polar bear is a major predator of ringed seals. In summer they live along the edges of the pack ice near the island. In winter, a few female bears den on the island's northern slopes.

At least 94 bird species have been counted on Herschel Island, 40 of which breed there. The island hosts the largest colony of black guillemots in the western Arctic, nesting in the old Anglican mission house. Arctic terns, American golden plovers, and red-necked phalaropes make use of the tundra ponds and shingle beaches. Other birds that breed on the island include the common eider, rough-legged hawk, snow bunting, Lapland bunting, and redpoll.

Herschel Island is situated in the Yukon Coastal Plain ecoregion. The vegetation of this ecoregion is described as Arctic tundra, with continuous ground cover and no trees present. There are over 200 species of plants on Herschel Island, which occur in a diversity of habitats. Most of the island is composed of level to gently sloping stable uplands, vegetated by cottongrass, ground shrubs, and wildflowers.

From late June to early August, Herschel Island witnesses an explosion of colour. Its humid maritime climate during the growing season fosters a lush growth of tundra flowers, including vetches, louseworts, Arctic lupines, arnicas, and forget-me-nots.

Herschel Island Territorial Park, together with Ivvavik National Park and Vuntut National Park (both on the Yukon mainland), is a leading contender to become Canada's next UNESCO World Heritage Site. The region is on Canada’s tentative list for a UNESCO nomination in both the cultural and natural categories.[9]

In 2007 the UNESCO World Heritage Centre published a report called Case Studies on Climate Change and World Heritage. The report states that a decrease in sea ice, and consequent increase in coastal erosion, poses a serious threat to Herschel Island's historic resources.[10] The World Monuments Fund has placed Herschel Island on its 100 Most Endangered Sites, 2008 watch list, citing "rising sea levels, eroding coastline and melting permafrost" as imminent threats.[11][12] Coastal erosion is up to 3 metres (9.8 ft) per year in parts of the island’s coastline.[13] There are several active thaw slumps of considerable size along the south-eastern shore of the island and they have increased in abundance and size over the last fifty years.[13]