The Football League Greece (Greek: Ελληνική Φούτμπολ Λιγκ) is the third highest professional football league in Greece, being a feeder-league to the second tier Super League 2.

As the second tier of the Greek football league system, the Beta Ethniki was formally established in the fall of 1962, replacing the informal Greek FCA Winners' Championship, which at the time had tried various experimental formats towards establishing a second national football Division. All participating clubs had to disengage from their local football clubs associations' championships as a prerequisite for eligibility.

In its early years, the competition format was frequently altered each season. The competition was originally held in four groups of 14 clubs each until 1968–69, when the competition was reformatted to contain two groups. The following six years (1969–70 up to 1974–75), the competition was held with three Groups, whereas from 1975 to 1976 up to 1982–83 the league was again contested in two Groups, North and South. In the autumn of 1983, a single, pan-Hellenic League Table was established, a format that has been applied continuously until the 2012–13 season. When football in Greece became professional, the Hellenic Football Federation handed over the responsibility for the competition's organization to the Greek Professional Football Clubs Association (Greek: ΕΠΑΕ). In 2006, the Professional Football Association of the Second and Third National Divisions (Greek: ΕΕΠ Β΄ & Γ΄ Εθνικής) was set up, which replaced the Greek Professional Football Clubs Association as the governing authority of the Second and Third National Divisions.

In August 2010, the division's governing body decided to change its own, as well as the competition's distinctive title to Football League.[1] The competition was contested as the Second National Division until 2019, when the Greek football league system was restructured and the Super League 2 was established as the new feeder league to the Super League.

As of 2019, the Football League Greece replaced the Gamma Ethniki as the third tier of the Greek football league system.

Structure of the league 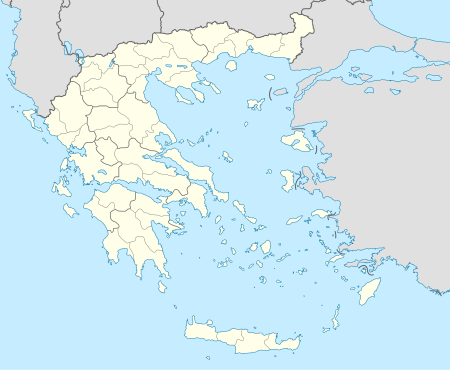 The following 20 clubs are competing in the Football League during the 2020–21 season.