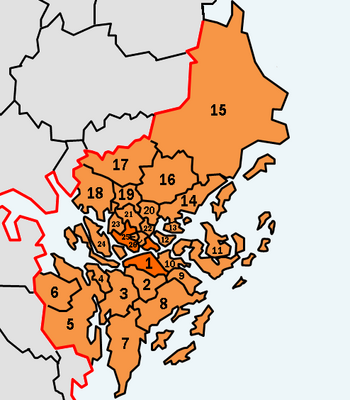 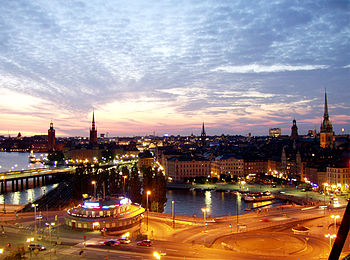 Metropolitan Stockholm is divided into 5 areas: Stockholm City Centre, Söderort, Västerort of Stockholm Municipality; and the northern suburbs and southern suburbs, which consists of several municipalities.

Central Gothenburg and the harbor, the largest in the Nordic Region

Metropolitan Gothenburg (Storgöteborg or literally Greater Gothenburg), is a metropolitan area surrounding the city of Gothenburg in Sweden. The metropolitan region is located in Västra Götaland County, except for the municipality of Kungsbacka, which is located to the south in Halland County. As of 2005, the municipalities of Alingsås and Lilla Edet were added to the region. The region is often used for statistical measures, and estimates in the 1960s predicted that the region would have about one million inhabitants in the year 2000. The region is the second largest metropolitan area in Sweden after Metropolitan Stockholm. 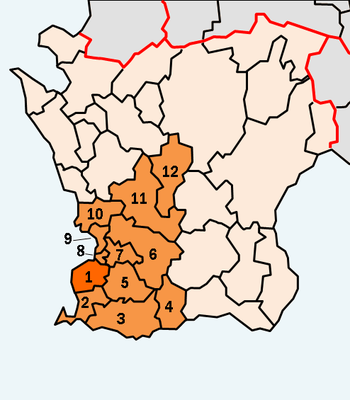 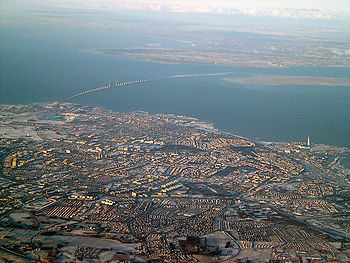 Greater Malmö (Stormalmö), also known as Metropolitan Malmö is the metropolitan area of Malmö in Sweden. The area is located in Southwestern Scania (Sydvästra Skåne), which is often considered synonymous with Greater Malmö, and it is part of the wider transnational Öresund Region. Besides Malmö, large towns in Greater Malmö includes Lund and Trelleborg, the former of which was the seat of the historical Catholic Archdiocese of Lund.

Since the 1970s, improvements in highways and the regional and InterRegio train networks means the commuting area has grown to include Ystad, Skurup, Sjöbo, Eslöv, Höör, Landskrona and Helsingborg, though only some of these are included in official definitions of Greater Malmö. It's not uncommon to live in Malmö and work either in Ystad or Helsingborg, or vice versa, but these towns have kept their mental allegiance with older divisions of Scania. Commuting across the Öresund has become more common, both through the Øresund Bridge and the HH Ferry route, at which car ferries departs every 12 minutes in summer (every 15 minutes in winter).