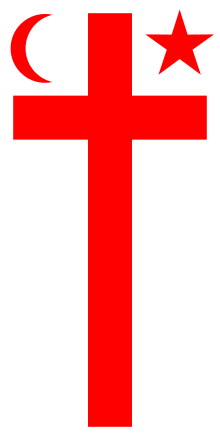 The putús recorded the Mi'kmaw Grand Council meetings by stories and the creation of wampum belts, a kind of visual history, and dealt with the treaties with other native tribes and non-native groups.

The hereditary chiefs of the traditional Grand Council continue to have a role, but the legal authority to govern has been largely transferred by the Indian Act to the elected chiefs and councils.[1]

The Grand Council was created following the collapse of French power in America (1761). Prior to this period, there was no permanent or regular centralized structure and no overall authority. Occasionally, the leading men in some or all of the 14-15 bands would meet in council. Each band had its own chief or sagamos. The Sagamos met together as equals, and their efforts could as often end in general disagreement as in agreement.[2]

The Grand Chief was a title given to one of the district chiefs, who was usually from the Mi'kmaq district of Unamáki (Cape Breton Island). This title was hereditary and usually was passed down to the Grand Chief's eldest son. The Grand Council met on a small island in the Bras d'Or lake in Cape Breton called Mniku. Today it is within the boundaries of the reserve called Chapel Island or Potlotek. To this day, the Grand Council still meets at the Mniku to discuss current issues within the Mi'kmaq Nation.

Mi'kmaw historian Daniel N. Paul notes many individual Mi'kmaq indeed signed Treaties. However, the signators represented only their districts only, and Mi'kmaq protocol was that each district was Sovereign and could sign agreements between nations and would return home to present the agreements to the Mi'kmaq Grand Council, the Council of Women, and finally to all citizens. If consensus occurred, the newly-signed treaty would be ratified district by district.

The local chief looked after the affairs of the village community and presided over the "Council of Elders," the governing body of the village. It was made up of family heads or representatives.

There are now approximately 35 reserves scattered across Nova Scotia, all allotted to and administered by thirteen First Nation Mi’kmaw communities established since 1958-59. Each community has its own leadership known as the Band Council, with an elected chief and several Councilors. The traditional Grand Council continues to exist and issues rare rulings such as the eviction of SWN Resources from traditional territories [1].

According to Canadian law, which conflicts to some degree with treaty, international, and Confederacy law, the formal authority to govern has been largely transferred by the Indian Act to the elected Chiefs and Councils defined in that Act.[3] Such a transfer has never been recognized by the Grand Council itself.

The Grand Council's powers and its role are in some dispute, but clearly, the "elected Chiefs and Councils" do not represent all persons defined in the Indian Act or all lands and waters specified in the treaties. That is the jurisdiction claimed by the present Grand Council. Events in 2013 highlighted the jurisdictional disputes.

The Supreme Court of Canada ruled in January 2013 that Métis and "non-status Indians" were Indians in the sense of the Act [2] but were not represented at all in the Indian Act election and representation structure.

In the Royal Commission on Aboriginal Peoples, one of the key recommendations was to re-form precolonial polities as an overarching body to connect physically- and socially-isolated "reserves" (called "First Nations").

Both the RCAP and the Supreme Court explicitly call for and justify a continuing role for Grand Council jurisdiction over certain cultural, social, environmental or other matters that would reasonably fall within the treaty laws. Interpretation and advocacy under the UN Declaration on the Rights of Indigenous Peoples, which both Canada and the US have signed, are other powers claimed by the modern Grand Council, as evidenced in the SWN case in which it asserted a clear jurisdiction over hydraulic fracturing and other below-ground activities.

On October 17, 2013, what the Ottawa Citizen described as a "heavy-handed response" (or attack) by RCMP on [3] on protesters against fracturing near Rexton, New Brunswick, most of whom were associated with the Elsipogtog band but had support from a dozen local councils in New Brunswick, further highlighted the jurisdictional disputes. Grand Council authority was cited by both native and non-native advocates. Accordingly, some local district councils were clearly seen to defer to Grand Council authority over both provincial and federal and to rely on its treaty rights and UN DRIP to defend their common position calling for a moratorium on "fracking" in New Brunswick.

The events in Rexton resulted in widespread sympathy demonstrations across North America, again bolstering the claim of the Grand Council to have formal authority.