Democratic League of Kosovo Kosovo Alliance for the Future of Kosovo

Advertisement - You can get this game from STEAM
Not to be confused with Governance of Kosovo. 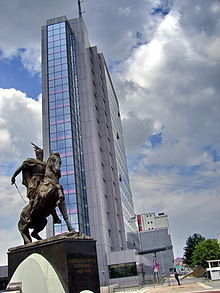 Avdullah Hoti is the current Prime Minister of Kosovo. His government, approved by the Assembly and installed on June 3, 2020, consists of Albanians, as well as ministers from Kosovo's ethnic minorities, which include Bosniaks, Turks and Serbs. Although the government includes representatives of ethnic minorities, it is dominated by the Albanian majority, who have most influence on the decision-making.[1]