Wikipedia:Citation needed Hubble Space Telescope Astrophotography
This article is about the testing of telescopes. For the first light of dawn, see Twilight § Nautical dawn and dusk. For the cosmogonical age, see first light (cosmology).
term in astronomy for the first time a telescope is used to look at the Universe 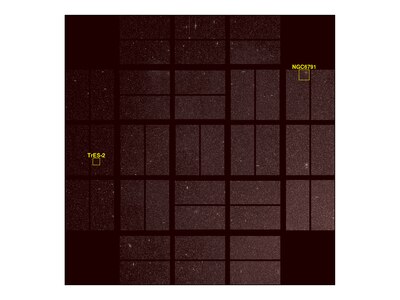 In astronomy, first light is the first use of a telescope (or, in general, a new instrument) to take an astronomical image after it has been constructed. This is often not the first viewing using the telescope; optical tests will probably have been performed in daylight to adjust the components.[citation needed]

The first light image is normally of little scientific interest and is of poor quality, since the various telescope elements are yet to be adjusted for optimum efficiency. Despite this, a first light is always a moment of great excitement, both for the people who design and build the telescope and for the astronomical community, who may have anticipated the moment for many years while the telescope was under construction. A well-known and spectacular astronomical object is usually chosen as a subject.[citation needed]

The famous 5.08-metre (200 in) Hale Telescope of Palomar Observatory saw first light on 26 January 1949, targeting NGC 2261[2] under the direction of American astronomer Edwin Powell Hubble. The image was published in many magazines and is available on Caltech Archives.[citation needed]

The Isaac Newton Telescope had two first lights: one in England in 1965 with its original mirror, and another in 1984 at La Palma island.[3] The second first light was done with a video camera that showed the Crab Pulsar flashing.[4]

Elation at first light images by the Hubble Space Telescope in 1990 soon gave way to initial disappointment when a flaw prevented adjustments for proper operation. The expected first light image quality was finally achieved after a servicing mission in 1993.[citation needed]

"The quality of images and spectra we are receiving from IRIS is amazing. This is just what we were hoping for ..."[9]